Nearly 30 Percent of People are Afraid to Eat Out, Study Says

The problem appears to be getting worse.

Datassential’s first coronavirus report dropped March 10. While that seems recent enough, the timeline since has packed what feels like years worth of events into days. And the data reflects that.

Here’s a brief rundown of what’s happened in that short span.

And what’s even crazier to consider is the March 13–14 research occurred before mandatory restaurant closures in Illinois, Washington, Los Angeles, and other major areas. Here’s a rolling list at the states and cities closing dine-in service.

Datassential said customer sentiment for the period following those events would be captured in the next edition of its report series. But it simply goes to show you how fast this COVID-19 crisis is moving. 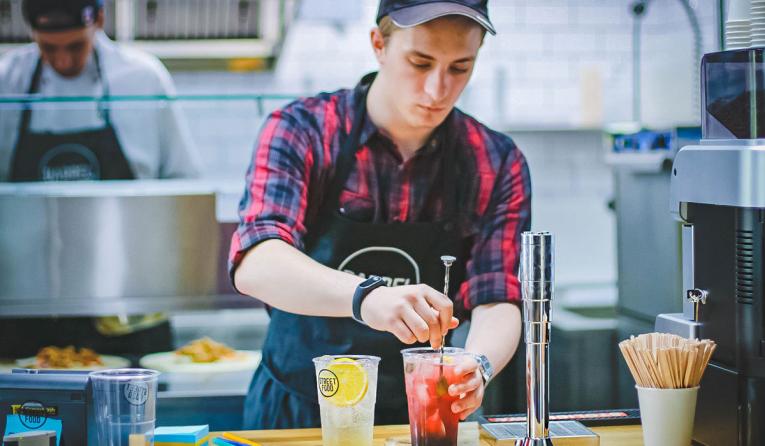 People are growing more and more fearful of dining out, for a variety of reasons.

Four days, much to consider

That feeling you can’t escape the coronavirus news cycle? People can relate. Datassential found that 71 percent of Americans now consider themselves “very familiar” with the situation. That’s a significant jump of 13 points in half a week.

Personal concern for exposure also rose 8 points as information spread. As of this past weekend, 49 percent of consumers were very concerned about the risk, and are “hugely worried about my own personal health and plan to do whatever I can.”

The restaurant problem is not getting better

Datassential’s research proved something we’ve all observed from the ground level, as troubling as it is to admit: A clear majority of Americans are fearful of restaurants. In the latest poll, 27 percent said they were now definitely avoiding eating out entirely, a hike of 8 percent in four short days. It’s a really alarming figure and offers credence to the gravity of the National Restaurant Association’s letter sent Wednesday to President Donald Trump. The Association believes the industry is bracing for a $225 billion hit in the next three months, with 5 million to 7 million jobs lost (it’s asking for a $145 billion recovery fund in response).

For restaurants, this is an especially dire equation because, generally speaking, the industry is a business of low margins and tight cash flow, and was already grappling with declining guest counts before the coronavirus pandemic.

Now, nearly 30 percent of people are saying they won’t eat out at all. And quickly the daunting picture sharpens as fresh, unheard-of issues stack on top of old ones.

Further, the concern appears to have spilled over beyond just parents. Restaurant avoidance spiked aggressively among single adults and those without kids.

So, the top and bottom parts of this curve are pulling in opposite directions, which isn’t good news for restaurants.

That “no kids” and “single” categories are what Datassential referenced. But mostly, you can just see the figures rising steadily across the board. The outliers are what’s dropping off.

Datassential shared a response from a 24-year-old Wisconsin man. It illustrates how many consumers are feeling, rational or not. To the company’s point, it comes down to people be cognizant of what they consume and where restaurants fit into that daily routine.

“The disease spreads so quickly and so easily that any contact seems to transmit it from one person to another. Beyond this, the quickest way to get it is by having the virus enter your mouth. Food obviously goes directly into your mouth, so if it’s handled by someone with the virus, you’re almost guaranteed to get the virus.” 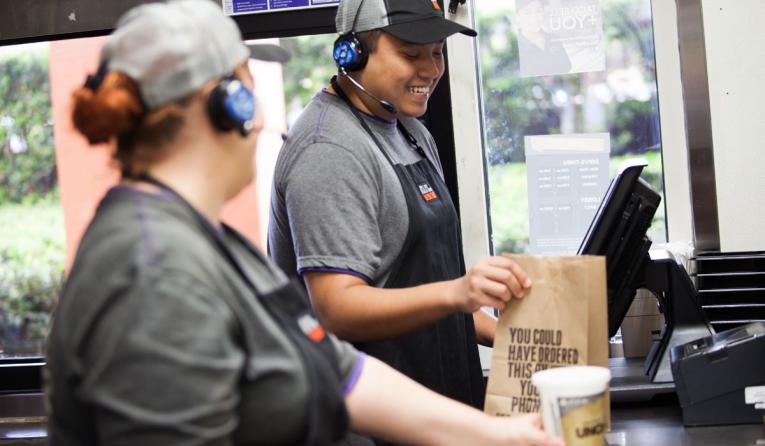 Taking care of employees isn't going to be easy during this crisis.

Here are some more responses:

“The cleanliness of the employees and safety of the food. Lots of businesses are training employees on food and health safety measures like [washing hands properly and often, sanitizing surfaces, etc.] I make sure to heat items I take home to eat from restaurants. I go to restaurants I trust the most.”

This is a good concept to latch onto. Restaurants would be wise to further this relationship outside the four walls. That’s why it’s a good idea to be upfront about safety practices and to remain transparent, even as operating practices change.

“Restaurant staff coughing and sneezing on food, not washing their hands, and seeing the tightest tables. Eating utensils and condiments should be washed after the tables been turned over.”

Again, doing everything you can to show patrons all of these things are happening. If it’s take-out or delivery, consider not even including utensils. A suggestion from consultant Liz Moskow is to add a safety love note. Inside the packaged delivery (this could be with carryout, too), toss in a recap of the safety protocols and procedures restaurant staff went through to ensure customer safety. Thank the customer and wish them well. If this above diner felt all of those things were being done, to her liking, she’d hopefully feel safe enough to come back. Or tell others to.

“In America, sick pay is not available to most part-time minimum-wage employees; and most employers are very discouraging of taking days off. This means most minimum-wage workers will not get tested or take the day off if they get coronavirus.”

This concern is a hard one to argue. Many restaurants are acting fast to remedy some of these labor gaps, but they’re going to persist throughout the COVID-19 crisis. Layoffs will be an unfortunate and stable part of it, too.

“My concern would be the cooks, servers, and the rest of the staff. I would love to see a sign on a family restaurant that I am supposed to go to tomorrow. The sign should say something like, ‘We deep clean every day.’ Not sure if that will help give me more confidence or not.”

To the earlier point, there is no over sharing with sanitization practices right now. From website placement to employees on the phone answering questions to people handing off food. Preach everything you’re investing in and going above and beyond to instill. Offer all options you can think of, from contactless pick-up and drop-off to direct mail, social targeting, and constant, relevant email communications. Here’s a look at how to curate your social media message in today’s times.

More along the same lines, but this game is changing as dining rooms are forced to close across the country. It bears asking whether or not restaurants can answer these questions via delivery or carryout, and to what extent it’s even needed. Just don’t assume people think delivery/carryout is inherently safer without being told so. Generally, consumers like to be reaffirmed they’re making the right decision even when they think they are.

Basically, consumers are worried about touching everything inside a restaurant—countertops, napkin dispenses, chairs, cash, and countless other surfaces. “Restaurants should look to shift to a touch-free environment; eliminate as many contact points as possible, while also using gloves and other protective measures to minimize the potential for transmission,” Datassential said.

We’ve all read reports of people buying enough bulk to last years. What that suggests, among other things, is that restaurants are staring down a lengthy absence from many guests.

Specifically in response to COVID-19, 47 percent of people said they have already stocked up on supplies for their household by March 14. The mindset is clear, Datassential said:
“We’re getting ready to survive at home.”

Who has already stocked up:

What they’re stocking up on

It’s not just a restaurant thing

Datassential’s report showed people perceive risk in all manners of acquiring food, including a range of methods that result in food being brought back home. Meal kits are generally thought to be the safest.

Regardless of how the food is offered, consumers want additional reassurances to mitigate the perceived risk.

“Whether it’s wiping down surfaces visibly and frequently or posting the specific safety measures in place, businesses will have to prove to customers that they offer a safe environment,” Datassential said.

Two things jump out. One, the consumer-trust gap between takeout and delivery is relatively pronounced. Enough so, at least, to see why many chains are putting the emphasis on carryout during this crisis. Customers can put trust in the restaurant, not in third-party delivery. It suggests now might be a decent time to think about self or direct delivery. In urban markets, it could be a worthy investment to buy a fleet of bikes and ask employees to bring food to people that way instead of inside their restaurant. Might be a path to saving some jobs.

The next is the bottom two categories. Defines what a challenge awaits buffet and cafeteria chains, like Shoney’s, Golden Corral, and Luby’s, among others.

Datassential found that 62 percent of consumers believe that cooking food kills coronavirus “agreeing that, ‘coronavirus can not be contracted through food that has been thoroughly cooked.’”

While this appears to be a misconception, when it comes to serving customers and making them feel safe it doesn’t really matter, does it?

Per Datassential from the Food safety Authority of Ireland: Can COVID-19 be passed on through food? Experience with SARS and MERS suggest that people are not infected with the virus through food. So, it is unlikely the virus is passed on through food and there is no evidence yet of this happening with COVID-19 to date. Coronaviruses need a host (animal or human) to grow in and cannot grow in food. Thorough cooking is expected to kill the virus because we know that a heat treatment of at least 30 minutes at 60 degrees Celsius is effective with SARS.

It doesn’t hurt to ease people’s minds wherever possible. This is just another way in a time unlike any other.