Sales are rising about 12 percent year-to-date compared to 2019.

Since it was founded in 2010, Nékter Juice Bar has labeled itself a pioneer, both to peers and franchisees.

Co-founder and CEO Steve Schulze says the brand “reinvented the juice space by just flipping it on its head.” According to the CEO, Nékter was the first juice brand to introduce açaí bowls to the category, and it took roughly five years for copycats to start entering the field. After reaching a little more than a dozen locations, Nékter awarded six franchises in 2012. Then the brand paused for two years because it wanted to understand how the corporate/franchise relationship worked and whether operators would carry the culture and operational efficiencies. Once the concept determined that was the case, it began franchising nationwide in 2014 and 2015.

Now with 170 locations, Nékter has kept 32 corporate stores, allowing the company to understand the system and pass that experience along to franchisees.

“It allows us to gain insight and then get ahead of the curve,” says Schulze.

The manner in which Nékter built itself fit perfectly with what was required to beat COVID.

Sales are growing more than 50 percent compared to 2020 year-to-date, and up nearly 12 percent versus 2019. In addition, roughly 850,000 consumers are using the app, and the pipeline is filled with nearly 200 stores, with franchisees developing at a record pace.

The California-based brand is in the best shape it’s ever been, even in the wake of a global-reaching crisis.

“We had to not only adapt to what was going on in California, but adapt to what was happening around the country,” Schulze says. “I think that by doing that and also having both experience and having a lot of tools in our toolbox to draw from, it allowed us to quickly recognize what we needed to do and act.”

One example is the mobile app, which was first introduced in 2016, making Nékter one of the first in the juice space to work with app providers and developers, the CEO notes. Because of the brand’s early adoption, it was given opportunities to beta test a variety of different resources. That includes Olo’s Rails platform, which consolidates third-party delivery service providers into one outlet as opposed to receiving information from multiple tablets. Nékter was able to test and learn the system in the fall of 2019, well ahead of the COVID pandemic. 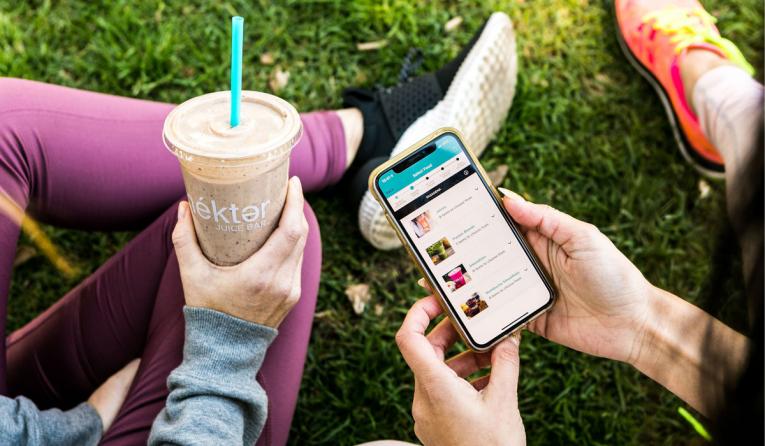 Getting ahead of the curve, as Schulze explains, helped Nékter grow its online order mix from 27 percent pre-COVID to currently 47.8 percent.

“It's an extremely exciting time for us, and I think that a lot of it has to do with just having a good team, and we've been doing it for a long time,” Schulze says.

Now that online ordering is bigger, Nékter has access to a lot of data that helps it understand labor metrics—how many people it needs, how long it takes to make a drink, peak times, and much more. So while labor costs are increasing quickly across the country, Nékter has been able to reduce its costs, even though California’s minimum wage grew from $8 per hour when the chain first opened to $15 per hour this year.

Meanwhile, franchisees in other states are at $8, $9, or $10 per hour, and undergoing increases, but Nékter’s corporate footprint has been able to pass along knowledge of how to adjust.  A major piece is Nékter Nation, a comprehensive training platform that features hundreds of instructional videos, interactive quizzes, and a virtual reality component.

“I think if you combine a number of things like that, with sales able to accelerate, we were able to do a lot of other things that I don't think many people were able to do in the industry, which I think has been a very exciting time for us,” Schulze says. “It's been a very difficult, unfortunate time for us, but at the same time there's a lot of lessons taken away from this.”

One of those “things” Schulze is referring to is rapid development. In the early years of franchising, Nékter refused to build out a market until it was entirely certain that it had proof of concept. Schulze says he turned down hundreds of franchise applicants in areas in which the brand hadn’t proven itself. The strategy created a stable growth pattern and a strong foundation of stores, to the point that Nékter is now penetrating markets it wasn’t willing to do before.

The chain recently signed a major development deal in Chicago, and struck other agreements in places like Florida, Texas, Montana, Colorado, Arizona, Baltimore, and Philadelphia. Nékter has opened 15 locations so far in 2021, and another 21 are scheduled to open in the next six months. It also helps that Nékter signed a $50 million contract with foodservice distributor Sysco to create more buying power. 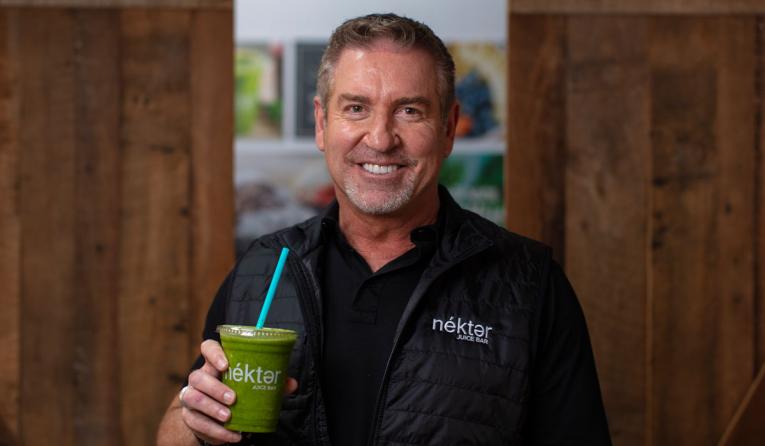 The brand is in the process of formulating how many stores it will open in 2022, but the projection seems to get higher each week. Initially it was 42, and then it was bumped to more than 50. Wherever the number lands, it will be a record year.

“If the franchise sales aren’t growing, we're not becoming more and more profitable, they're not going to want to continue to open more stores,” Schulze says. “And what we're seeing is that our single and multi-unit operators are doubling down on the locations they have, which I think is the best compliment that you can have for brand, which I think  is exciting for everybody.”

After performing so well during the pandemic, Nékter is essentially competing against its own success. To Schulze, the way to tackle that obstacle is not to bring on more products like toast, food, wraps, or sandwiches. Instead, the key is to focus on core menu items with a mix of innovative LTOs, like the Watermelon Berry Smoothie, Celery Aide Fresh Juice, or Tropical Cirtus Bowl. And later in the year, the chain will roll out some retail items that will allow customers to have Nékter “basically anytime, anywhere.” Schulze expects to sign off on the items by early September in preparation for a launch around Thanksgiving.

From the start, Nékter’s mission has been to provide a healthier lifestyle in an affordable and accessible manner. Schulze believes the seismic shift toward wellness began long before COVID, but he notes the pandemic pushed people on the fence and gave them an opportunity to dip their toe in the water and try a healthier meal.

“Our goal at Nékter has always been, if we can get them one time to try it and they go home that night and maybe they walk their dog or eat a healthier dinner, if they come back to Nékter great,” Schulze says. “If they don't, hopefully we provided a stepping stone for them to be more conscientious about what they eat because health is the most important and most valuable asset any of us have. Far too often we all take it for granted until we get sick. And I think that if we can take care of our bodies, that helps our mind helps our relationships, and I think it's important no matter what you do.”