One McDonald's Franchisee's Journey from Fry Cook to Lifer

As Martin celebrates her milestone anniversary at McDonald’s, the last thing on her mind is retirement.

For McDonald’s franchisee Sue Martin, ketchup runs through her veins. Over the past 40 years, the veteran operator has worked her way up from making French fries to overseeing 40 restaurants and eventually owning three McDonald’s.

Martin’s first interaction with McDonald’s began as a part-time gig, but she had to hustle for it. After following up with the manager multiple times over a few months, her persistence paid off.

“I think just to shut me up, they finally hired me,” she says.

Martin’s rise through the McDonald’s organization wouldn’t have been possible without people in leadership positions empowering her, she says. Her former boss, Ray Eddy, played a big role. In 1979, when Martin joined McDonald’s, Eddy owned 15 or 16 restaurants, she says. When he sold out in 2000, he had 67. 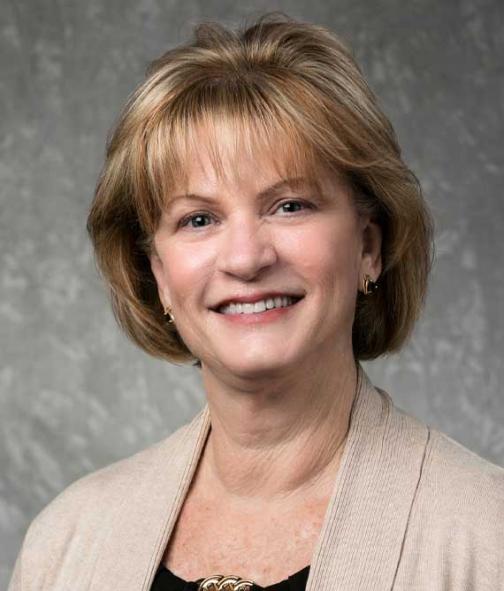 In 1998, Martin was in charge of 40 of those locations. Although she was comfortable with her position as operations manager, she was also thinking about going part-time to spend more time with her children, since her husband, Marty, had a great gig handling maintenance for Eddy’s restaurants.

However, Martin was hit with a curveball when Eddy announced he was getting out of the business.

“I was just mortified,” she says.

Instead of leaving his team members high and dry, though, Eddy helped them become franchisees.

“He came to us a couple weeks later and said, ‘Would you be interested in becoming an owner-operator,’” she says. “And I said, ‘Ray I don't have the money.’ And he said, ‘We will help you. We will help work that out. The system needs good operators.’”

Martin became an approved operator in July 2000. The first restaurant she bought was the restaurant she first started at as a teenager in New Smyrna Beach, Florida. 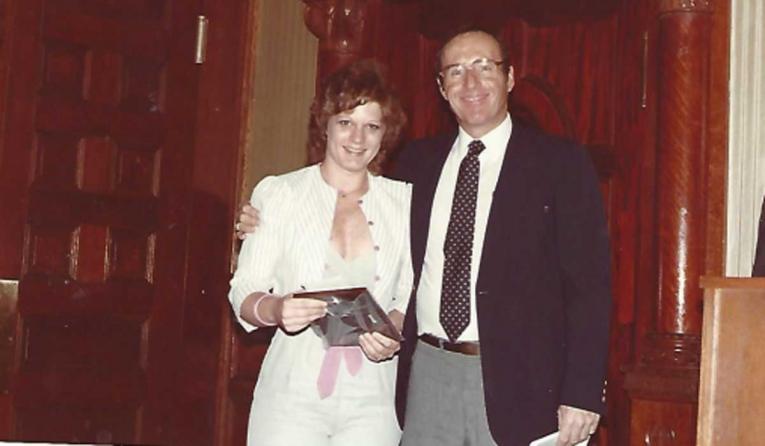 The transition from manager to owner was unexpectedly pleasant.

“It's interesting because I was responsible for 40 McDonald’s locations and probably the happiest day of my life is when I went from 40 to two,” she says. “It really changed my outlook.”

Instead of being “20,000 feet above everything,” Martin was able to focus on everyday operations. As an owner, she wanted to have her hands on every part of daily operations.

“Ray had always said, ‘Manage like you're an owner,’ and I always felt I did that,” she says. “Being in those restaurants every single day, working on the floor, working with the staff, working with the customers, really knowing day in and day out what it takes to give great customer satisfaction, it really made some big changes in what we felt was important and making sure that the folks in the restaurant had the tools and what they needed to really be able to get the job done.”

As her title changed, Martin realized people’s perceptions and expectations also changed. People looked at her differently. Not only was she the face of McDonald’s in her community, Martin was also someone who had a group of employees looking to her for direction.

“I mean, I feel I'm the same person today as I was 20 years ago before I was an owner,” she says. “But, you know, I understood very quickly that it carries a whole lot more weight.”

Martin found her way into McDonald’s Women Operators Network as a way to learn how to become a better operator and, in turn, give her employees skills to succeed. She is currently the W.O.N. chapter president of the Florida region.

“It's a great network,” she says. “It is the training, the emphasis on the business and the teaching and the learning as well as the networking. It’s second to none in anything else in the industry that I've been able to find.”

Throughout her career, especially over the past 19 years since becoming an owner/operator, Martin believes she has changed the way employees perceive their jobs at McDonald’s. She’s become an advocate for employees who might be stuck in a rut and could excel within the system.

“A lot of people get into business, and for whatever reason, they don't either have self-worth or they don't believe in what they have to offer,” Martin says. “And in an organization like the W.O.N., we're able to really work with people and mentor people and share ideas and give advice that helped them to really succeed in the long run.”

The personal interactions in her restaurants are the reason Martin keeps her ownership footprint small. While there have been several opportunities to expand, the proposed locations are too far away for her management style to work.

Martin wants to know every employee in all three of her stores. This effort to insert herself into every aspect of the business isn’t something done by every franchisee. She picked up on this from her time working with Eddy.

“We are in the restaurants daily, we work in the restaurant, and to have owner on premise means a lot,” she says. “Ray was somebody who has always giving to it back to folks, and always just been wonderful to work for. My husband and I both really try and pay it forward with our folks because you know it's rare to have somebody in that position who can give and can help and can teach and can mentor. And that's something that we take very, very seriously.”

Another mentorship program Martin is involved in within the McDonald’s organization is the Next Gen program. The children of current McDonald’s owners and operators who want to become owner/operators themselves. Most of the participants in this group have already established careers in other industries and are looking for a way to continue their parents’ legacies.

“A lot of these Next Gen coming into the system are so successful in their own right before they ever go into the Next Gen program,” Martin says. “McDonald's is a very, very people rich environment, and in that people come from all walks of life. They are attorneys, they're doctors, they're teachers. I mean It is amazing the talent that they bring McDonald's organization and what they are able to offer.”

Sometimes Martin learns just as much from the Next Gen participants as they do from her. Even after 40 years, Martin says, she’s still learning something new every day from her mentees and employees. 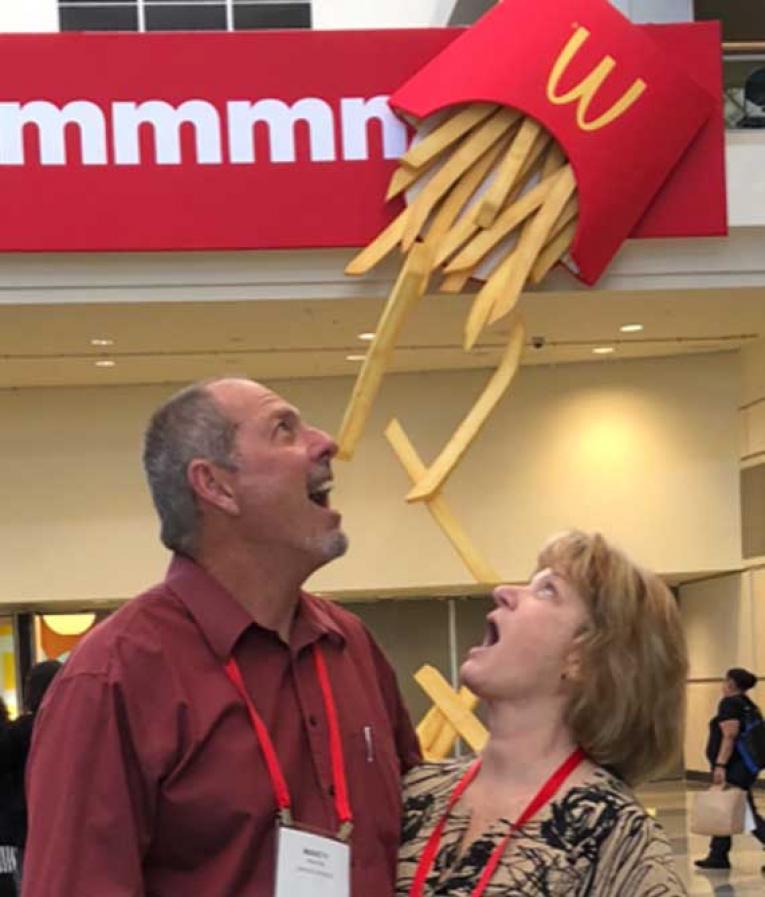 Sue and her husband, Marty, own and operate three McDonald's restaurants in New Smyrna Beach, Florida.

Over the past four decades, Martin’s dedication to the brand never wavered, she says.

“To switch to a different brand? Never,” she says. “Honest to God. Maybe it's just because of the pride in the arches, but I’ve never, ever, ever considered that. The legacy in this brand is just second to none.”

Martin views her restaurants as a place to interact with the community and give people a great place to work.

“We do a lot with the high school and in encouraging young people that you know McDonald's is not a minimum-wage, dead-end job,” she says. “Contrary to popular belief, there is unlimited opportunity for anybody who loves people and has the desired to work hard, because, at the end of the day, we are a people business that just happens to sell hamburgers.”

As Martin celebrates her milestone anniversary at McDonald’s the last thing on her mind is retirement. She admits the restaurant industry can be demanding, but the work is so rewarding she doesn’t have any plans to slow down.

“I have and at this point I'm very content and very happy doing what I'm doing,” she says. “I'm really, really content kind of owning my town and being the face of McDonald’s here in my area.”

How Shake Shack Plans to Win the ‘Delivery Wars’
How Inflation, Economic Pressures Will Impact 2023 for Restaurants
Can a Reusables Vendor Disrupt the Packaging Industry?

Clean Juice, Tim Tebow, and the Start of Purpose-Driven Growth
Rising Beverage Chain Swig Sold to the Larry H. Miller Companies
Can the Labor Shortage Bring Out the Best in Restaurants?