The chain introduced its first new store design since 2014.

Since 2018, Papa Murphy’s has conducted extensive work to modernize itself.

It started with consumer-facing initiatives that would fuel "profitable sales through relevance and convenience,” said former CEO Weldon Spangler. In March of that year, Papa Murphy’s fully rolled out its online ordering partnership with Olo. Six months later, the chain launched a new mobile app that “seamlessly integrated” into the brand’s POS system and proved to be “a great facilitator of driving convenience.”

The second pillar of Papa Murphy’s turnaround effort was to strengthen the relationship with franchisees and giving them the proper tools. At the time, the chain was working toward returning to at least a 95 percent franchised system, with no more than 50 company-run stores.

The first year under MTY was rocky because of the pandemic, but the rebranding mission never wavered. The fruits of Papa Murphy’s labor were revealed in late June—the company's first logo update in more than a decade, and the first rollout of a new store design since 2014.

“Something new is happening with the brand in terms of product innovation, digital marketing, the way that we serve the customer—all of those things that we really feel have reached a point where we're ready to run and be that relevant brand again,” says Victoria Tullett, senior vice president of development and general counsel.

The new primary logo is Papa Murphy’s red, with alternate black and white options. Tullett says the logo was the result of a fair amount of "brand essence" work to uncover who Papa Murphy’s is at its best and to define how customers want to engage. It’s not a complete change. Instead, it's an evolution that’s “more modern and a little more fun and accessible and easily readable,” Tullett explains.

“What we're saying is take a look at us. We're new and we're staying relevant and we're creating new things,” Tullett says. “And so the store design, how we talk to the consumer, how we engage in the digital world, how we reward our loyal guests through our loyalty program—all of those things. And the best way to talk about it is to put a fresh face on the logo, and communicate that across the brand."

Beyond just signage, the chain wants to lean into its take-and-bake identity and serve as an extension of home kitchens.

That’s where the new "Kitchen Delite" design comes into play. The model, which gives off a lighter and fresh feel, features an open kitchen, a faux white brick wall, bright coloring, and a layout that simplifies online ordering pickup and third-party delivery. In addition, the menu board utilizes dynamic digital photography to better highlight Papa Murphy’s products, like the innovative Fritos Outlaw Pizza. With the new design, Papa Murphy’s also wants to show guests that it's locally owned and operated, so there are elements in the store that specifically showcase the local community.

Kitchen Delite is compatible with typical 1,200-1,500 square-foot tenant spaces and adaptable to free-standing buildings and drive-thrus. Papa Murphy’s is still early into the remodeling process, but Tullett says feedback from franchisees has been very positive.

“It is a nice evolution of the brand,” Tullett says. “Again, it's not something that's a complete change, so that's exciting for our owners. I think one of the biggest things has been the impact for the crew and for the overall engagement and experience of the guest. It’s just a lighter, brighter, more upbeat fun feel to being in the store, which at the end of the day, this is pizza. It ought to be fun and it should feel good and it should be easy. That's how we want our guests to think about it.”

Currently there are four prototypes built from the ground-up and a number of remodels in which Papa Murphy’s went into existing stores and applied characteristics of the design without completely rebuilding the location. To encourage franchisees to hop on board, the chain is rolling out an incentive program to execute as many remodels as possible by the end of 2022. In partnership with MTY, Papa Murphy’s is offering two options—$10,000 toward a refresh and $50,000 for a complete renovation.

“I'm very excited to be able to partner with the owners and with MTY to make this happen,” Tullett says. “We just believe so strongly in the new look and feel and communicating that and bringing all of the great things that are happening within the brand to the store level. And that's where the consumer interacts with us, right? That's where our guest comes, and we want that experience to be the best that it can be.” 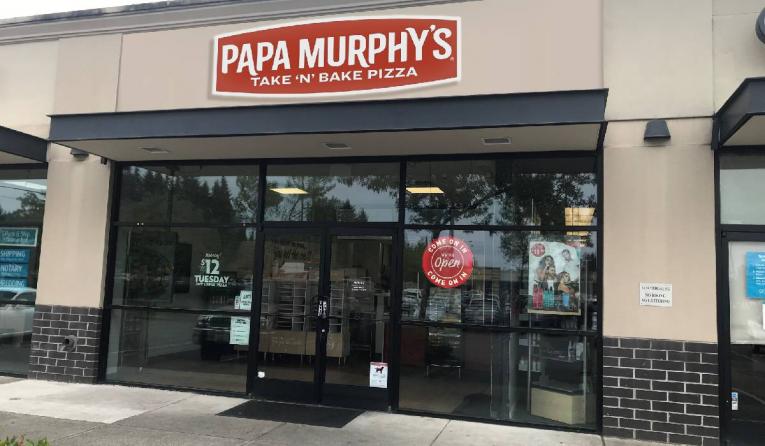 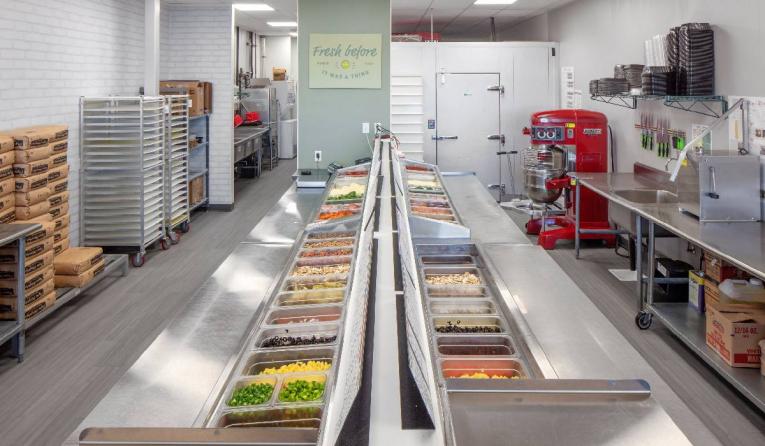 The rebranding initiatives come amid sales momentum for Papa Murphy’s. During its Q2 earnings call, MTY called out Papa Murphy’s as one of the brands that “continued to perform extremely well during the quarter.” The chain is still comping “strong” over 2020 and “very, very strong” over 2019. MTY CEO Eric Lefebvre said Papa Murphy’s did lose some momentum since the end of Q2 as it lapped stronger periods and experienced a heatwave in the Pacific Northwest, but he’s confident that it can recapture growth.

It’s a far cry from where Papa Murphy’s found itself in 2018 when the bulk of the turnaround effort began. When the chain announced it was exploring strategic alternatives, it was coming off a quarter in which same-store sales dropped 2.1 percent—the best performance in the past 12 quarters at the time. Franchises closed a net of 47 locations, including 90 closures, 14 openings, and refranchising of 29 company units.

Tullett says Papa Murphy’s has not emphasized development in the past few years because of all the changes in leadership, but the brand feels like it’s past those challenges now. In fact, the brand is ramping up and building an engine to support growth. The company’s goal is to reach 50 openings annually in the next couple of years and then expand that to 100 per year.

The restrictive nature of the pandemic caused customers to gravitate toward Papa Murphy’s accessibility, Tullett says, whether it was lapsed guests who reengaged or existing customers who utilized the brand more frequently. She adds that Papa Murphy’s used the opportunity to remind consumers of “what a great product and what a great experience making your pizza in your own home and can be.”

Now that Papa Murphy’s has returned to a position of growth, don’t expect the brand to let up.

“As we go forward, we have also built the infrastructure to make sure that we are talking to our guests about what they want to hear and that we are rewarding them in the loyalty program and that we’re part of third-party delivery and that we’re active on social media and engaged in the communities,” Tullett says. “All of those things we feel are just a way that we can continue the momentum. So we believe that we’ll just continue to grow and continue to provide a great product to as many people as we can possibly serve.”