Pollo Campero Seeks its Piece of the Chicken Empire

The brand plans to open more than 250 domestic stores in the next five years.

He was told that customers were waiting hours just to get into the restaurant. At first, Wong wasn’t buying the hype.

So he drove 65 miles to Los Angeles to get a firsthand impression. As it turns out, the hyperbole was reality.

“I drove up there and I looked at the line, and I was just amazed,” Wong says. “And I talked to the customers. I said, ‘Why are you guys waiting four to six hours to get into the store?’ They said ‘Sam, you don’t understand, this is like going home for us. It’s like you going to Disneyland.’”

He says the multi-million-dollar store is still in operation. And Wong knows this because he’s now the director of franchising for the chain, which has more than 350 locations worldwide.

Only 77 of those units are in the U.S., but the Pollo Campero team brought on Wong in February to change that. The industry veteran, who's helped grow brands such as Dairy Queen, Popeyes, and Sonic Drive-In, plans to help Pollo Campero open more than 250 restaurants in the next five years. The restaurant, known for its Fried Chicken, Citrus Grilled Chicken, and Extra Crunchy Chicken, will target major metro markets in the Southeast, including Tennessee, Florida, Georgia, North Carolina, and South Carolina.

Wong says now is the best time for Pollo Campero to aggressively expand because it has a proven business model based on five key pillars—building a distinctive brand, running great restaurants, growing profit, constructing a best-in-class support system, and fostering a familial culture.

The brand’s growth aspirations are backed by consistent sales growth, even through the COVID crisis. Mother’s Day was Pollo Campero’s best sales day yet. July was the highest selling month of all time, until the record was broken again in August. And even more recently, the chain experienced its best sales week ever. 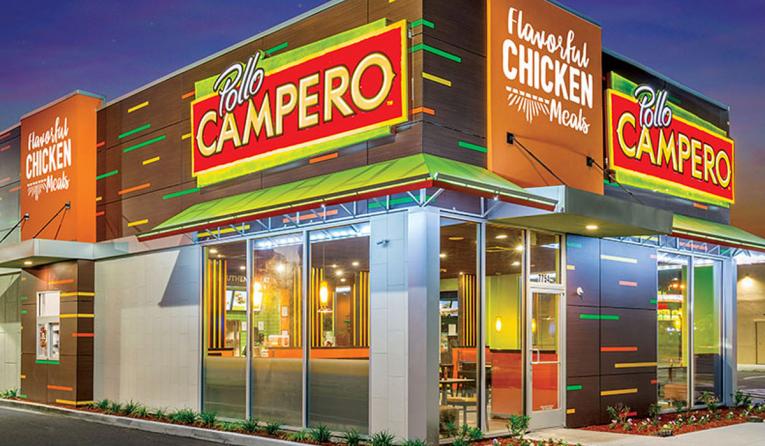 Wong believes Pollo Campero will become a 300-unit chain by the end of 2025.

Wong says the record-breaking marks were accomplished through innovation and convenience, two aspects the company emphasized prior to COVID. In 2019, Pollo Campero overhauled its entire digital sales platform to provide better service through its mobile app, website, delivery partnerships, integrations with the POS, and loyalty system. The brand launched drive-thru pickup, curbside pickup, and expanded its last-mile delivery partnerships.

“It was a learning experience particularly for us in the restaurant sector,” Wong says. “They key thing is, people are responding from an investment standpoint. They’re pivoting in terms of, in the next three to five years, what are the best ways to deploy capital? So it’s going to be interesting in the next couple of years, but so far for us, challenging year, but we’ve got some pretty nice numbers and performance that we can learn from.”

The industry veteran says that from his experience, growth works best when it’s supported by teamwork. The point of view makes sense for Pollo Campero, which started as a family business in Guatemala in 1971.

Having the right team leads to informed and effective decision-making, Wong says. He recalls traveling to shows every year and seeing concepts—both ionic and new—fall short of consistency.

“They’ll do a big press release, ‘Oh we signed a 200-store deal’ in let’s say Washington, D.C.,” Wong says. “… They say ‘We did a 200-store deal two years ago, but it’s not going anywhere and we decided to pull that deal.’ So it’s all about consistency. The biggest differentiator from a franchising standpoint for our brand is we’re going to be able to make the right decisions because we have the right team. The executive team is very diverse in terms of our experience, our background, our culture, how we grew up. It’s a group that has a lot of dynamics.”

Wong emphasizes that this relationship is not only important in the C-suite, but also between corporate and the franchise base. That means attracting the right franchisees to ensure expansion moves forward efficiently.

The restaurateur says a candidate doesn’t necessarily need prior restaurant experience, but the job does require someone who is comfortable with leadership, mentorship, and creating an environment with high standards.

“We want franchisees to join us with the mindset of being active—being involved in the community, be a leader in the community,” Wong says. “… At the end of the day, this is a sales-based business. You need to have the leadership skills and have the mindset to thrive at growing and running a sales-based business. It’s really a combination of ability, capability and the right mindset that aligns with the Pollo Campero culture.”

Wong says a question he’s asked often is whether the company is investing or just looking for franchisee money to grow the system. To that, he says the company will take the same risks and grow alongside franchisees.

He believes Pollo Campero will become a 300-unit chain by the end of 2025, but he refers to it as a conservative prediction. His expectation is that the restaurant will rise well beyond that figure.

“But let’s just use the 300 as a milestone,” Wong says. “I think we’re going to exceed that prior to the year 2025. Ultimately, I think this can be a 1,000-store brand. We want this to be a $1 billion business. A contender. In the next three to five years, we want Pollo Campero to be a hot concept of the year.”