Kiosks and heated lockers have saved labor and fueled off-premises.

Months later, in the middle of a labor crisis, Rise sees lasting value in this initiative: the labor cost percentage for the location kept at an average of 18.18 percent of sales through the first half of the year, a figure the company says most quick-service restaurants like to keep around 25 percent. The boost to efficiency enabled Rise to reduce the number of employees required per shift to a minimum of three.

“Everything that we did pre-virus and then during the virus all moved to save us in labor,” Rise founder and CEO Tom Ferguson says.

The path started around three years ago when Ferguson says Rise made the choice to lean into delivery after seeing the market track in that direction. So the company integrated the delivery companies to push orders straight through Rise’s point-of-sale. In some cases, online or delivery platforms require employees to put orders into the system, increasing labor. By February 2020, the system was fully in place, which served a huge help when the pandemic hit.

Sales dipped for six weeks amid COVID-19 but then picked back up, eventually growing at a strong rate. The breakfast brand specializing in Southern biscuits went from a company doing 20 percent delivery to rapid growth of up to 50 percent, and 20 percent online ordering.

Rise got rid of cashiers in response, enabling kiosk ordering at the Durham store. But this caused orders to come out incredibly fast. Perhaps too quick with so many delivery drivers coming in and trying to find the right order. Ferguson realized a heated locker could prove instrumental and implemented the first one in January.

Customers who order online will receive a text message when their food is ready. A dining room screen tells guests or delivery drivers which orders are being prepared versus those in progress. Once the order is done, customers can go to the locker with their name, click the appropriate spot, and easily access their food, as warm as when it was prepared.

Rise recently transformed three locations and has two more on its way with a full-heated locker system and touch-screen ordering kiosk. The technology-enabled process led to happy delivery drivers and customers, and an even higher rate of off-premises orders of 80 percent. 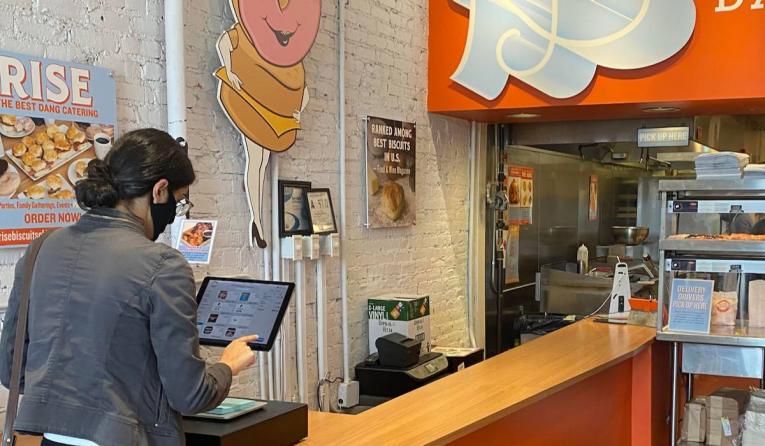 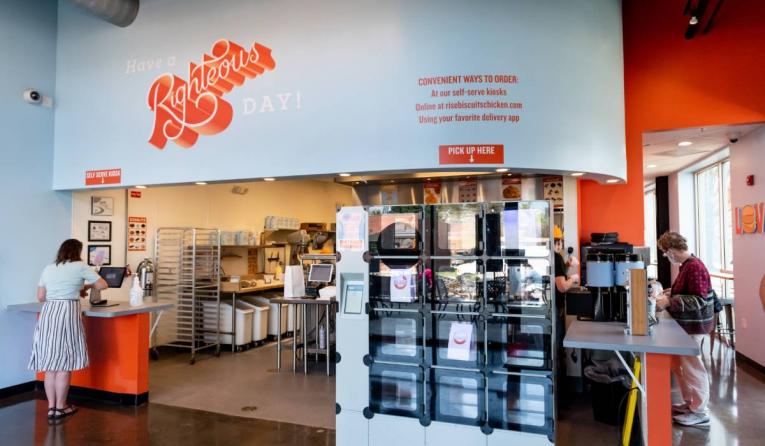 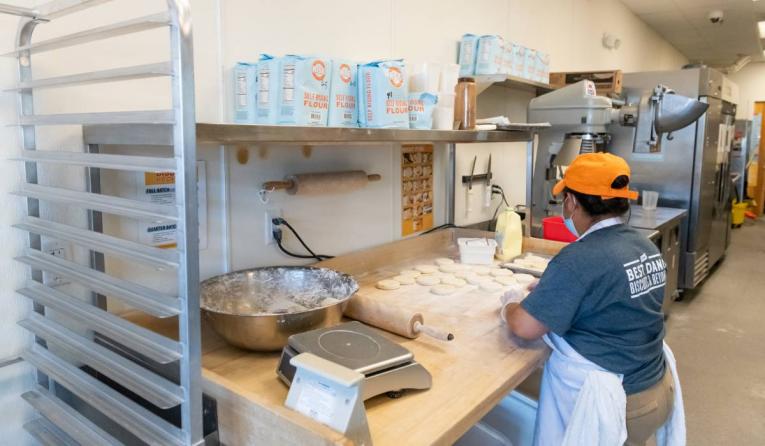 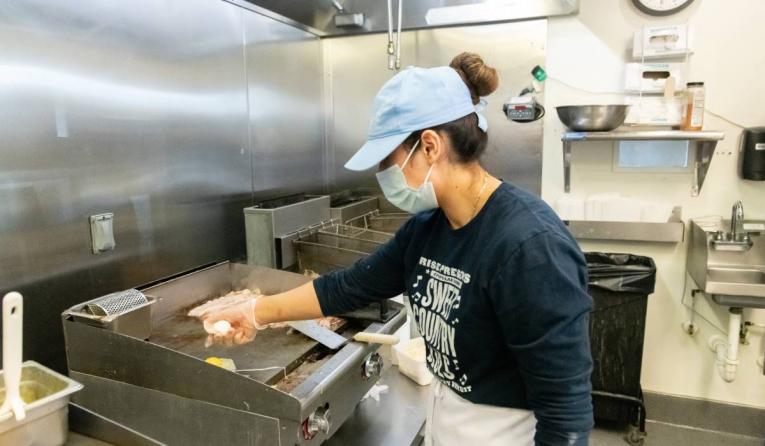 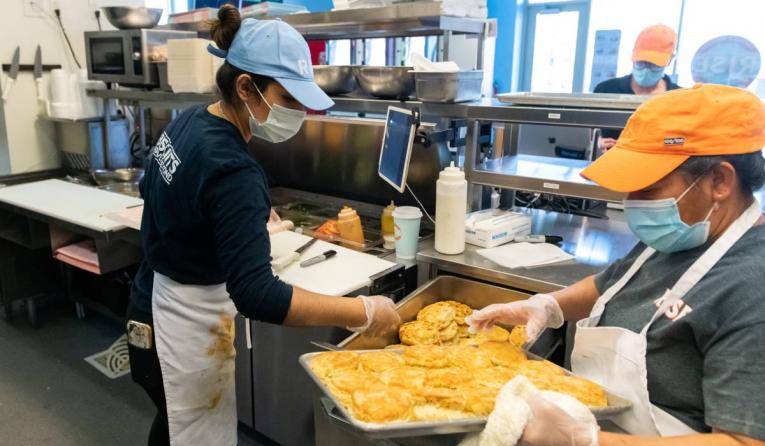 After seeing success in the Durham location, Rise moved to spread the system to corporate stores in North Carolina. Franchisees of the 16-unit company have been slower to adopt the $18,000 piece of equipment, but the numbers speak for themselves as corporate sales growth races ahead that of franchises.

The additional revenue likely stems from the built-in suggestive selling shown in Rise’s digital ordering platform for complementary items and historical preferences. Guests also value the little-to-no wait time for pickup orders. Altogether, Rise shaved more than 10 percent in labor costs. This is significant for a company that says it fared well during the shortage. Rise reports no real problems in hiring, which Ferguson attributes to paying corporate store employees more than $15 an hour and providing a coronavirus hardship bonus at corporate stores.

Ferguson’s advice for other restaurants? Don’t be afraid of technology.

“It's not going anywhere,” Ferguson says. “You need to lean into it. It is difficult at first because you're lining that up with all these different stores and making sure that it works. And it had glitches at the beginning when you first start implementing that you got to work out. But you got to jump in there and do it.”

The next steps in Rise’s growth include a new corporate store. Rise also intends to open franchises in California, Maryland, Tennessee, and Virginia down the road. With expansion, Rise simplified its brand to lessen cooking complications.

“We've always been really focused on having tight infrastructure, at least with communication lines, and a dashboard for employees,” Ferguson says. “We've simplified this menu quite a bit from the very beginning. But we did keep it really tight.”

Amid its budding growth, labor-saving technology and continued operations, Rise continues to focus on its people. All corporate managers started out as store employees. And corporate managers can work their way toward being a franchisee.

“The biggest thing for me is really defining the culture and giving opportunities to people who live for us,” Ferguson says.

“Seeing those goals come into achieving that, that flow of people moving up through the company and making more money and having a better lifestyle is really important to me,” he adds. “I'm really focused on the relationship between the technology and the people that work for us and making sure that neither hates the other so they're somewhat in harmony.