Russo's Builds a Pizza Franchise for the Future

A next-generation design, and a continued commitment to quality, has the growing brand poised for worldwide success.
Web Exclusives | July 18, 2018 | Danny Klein

Russo's offers far more than pizza, like this Gnocchi dish, which helps check average and site selection, the company says.

Nearly six years ago, Anthony Russo was on a trip to the Middle East when he stopped in a national chain. “I tried the pizza and said, oh God, this tastes like ketchup sauce,” he says. It was actually spicy ketchup sauce, and Russo realized the door was wide open.

Russo shipped his oven, cheese, sauce—everything it takes to recreate his U.S. product—and started handing out samples. A line of skeptics formed. “What’s in this pizza, they kept asking me,” Russo laughs. “It was just plain cheese. They never tasted homemade sauce before. It’s not ketchup, right? It was a big change.”

There are now seven locations of Russo’s New York Pizzeria in Dubai, Abu Dhabi, and Sharjah in the United Arab Emirates. He just got back from a trip to Spain as Russo’s targets European markets. And while the overseas expansions ramps up, Russo and his portfolio of concepts, which includes the full-service Coal-Fired Italian Kitchen, are gaining traction stateside as well.

Russo, whose family opened Russo’s Italian Restaurant when he was 12 in 1978, is a first-generation Italian with a pretty straight-lined view of restaurant success. Just like the international experience, he credits Russo’s rise in the rapid-fire pizza segment to a simple ethos: “Once you taste the quality, you’re hooked,” he says.

Is pizza entering a golden age in quick service?

Sauces are made in house. So is Mozzarella, flour, dough. Nothing is frozen. Olive oil is imported from Italy. Everything is based on family recipes. Russo even spent nearly two years developing a gluten-free pizza crust recipe to please an underserved base.

The fact Russo’s is a franchise system hasn’t clipped this commitment whatsoever, he says. “All the high-quality stuff you get in a five-star Italian restaurant we want to package into the Russo’s system, which makes it a very unique and different concept,” he says. 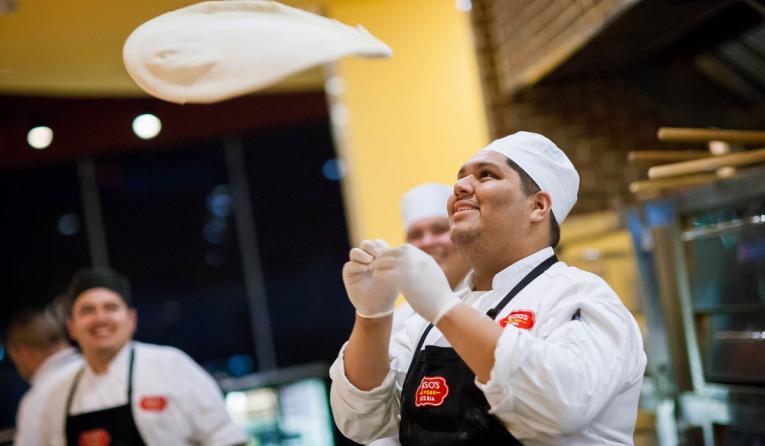 Training can take more than two months for new restaurants in the Russo's system.

Ensuring that quality-first DNA is an exercise in operations, and one Russo needs to oversee at all times. Before opening, every new store takes three to four employees and trains 6–8 weeks in a live kitchen at one of Russo’s company stores. There’s an additional 2–3 weeks, sometimes four, of training at the new restaurant.

“We’re not the kind of business where you’re passive, hire a GM and let them run your store,” Russo says. “We don’t have franchisees like that. They’re hands on, involved in the day-to-day operations. They’re as passionate about this as I am.”

Beside the quality, there is another unique trait fueling Russo’s boom in the $45 billion pizza arena. Russo says he envisioned a diverse company when he started franchising in 1996. He felt it would offer options to perspective operators and open the map to scale the concept around the world.

There are 48 total stores currently. Seven are Coal-Fired units. The quick-service unit is pushing $1.1 million in average-unit volumes while the full-service store is $1.2 million. The brand is headquartered in Houston with a heavy Southern geographic focus. In mid-July, Russo’s inked a deal with franchising magnate Jeff Moosa, who has more than three decades of franchising experience with brands like Taco Bell, Captain D’s, and Golden Chick. He’s also a former franchisee of Jack in the Box and Church’s Chicken. Moosa plans to grow the brand across Dallas, Fort Worth, and San Antonio to the tune 15–20 locations in the next 5–6 years. A store opened in Tampa, Florida, this past year. One a year ago in Clearwater. Two more are in the works for the Sunshine State and Oklahoma is growing as well.

And all of this is being built to fit each market and location, not the reverse course, which is why the openings are so successful, Russo says. For example, a nice lifestyle center, where it costs $40–$50 per square foot, makes sense for a Coal-Fired restaurant. There a full bar, wine, brick oven, and other premium touches that can complete the “wow factor” a higher-end development demands. Also, gourmet items, like Salmon Piccata and higher-end pizzas fit the price point. 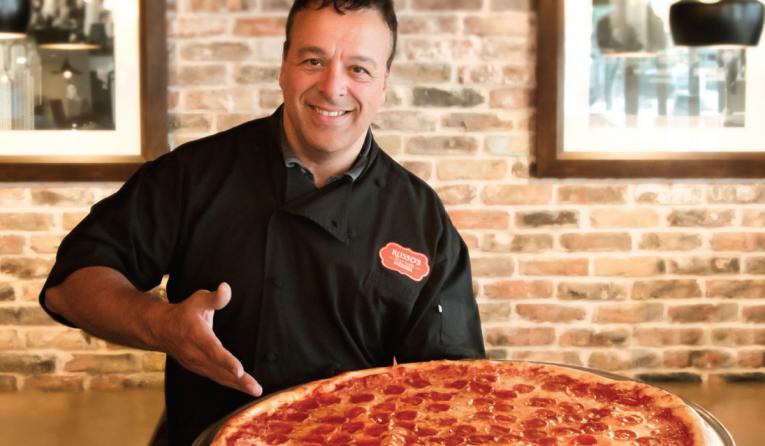 By the age of 12, Anthony Russo was learning family recipes from relatives who flew in from Naples and Sicily each summer.

But this past March is when Russo lifted the lid on a format he says will be a game-changer in Russo’s growth trajectory. The “Next Generation Pizza & Italian” restaurant model is a smaller footprint, lower-barrier entry model that allows operators to target shopping malls, strip centers, and non-commercial spots nationwide. It fits as small as 1,200 square feet and requires an initial investment of $454,350 in select markets. Food costs and labor costs average 20.7 percent and 25.2 percent, respectively. AUVs are $988,401. Item 19 financials put net income at an average of 18.2 percent, and it’s ideally built for the tidal wave that is to-go business.

The idea, Russo says, was to open a smaller restaurant that still featured the gourmet ingredients and menu of his traditional stores. They can also leverage catering and focus on delivery. He says it was inspired by the New York pizzerias dotting the Big Apple, where high-volume business pours out of a tiny box, and counteracts exorbitant real estate bills.

“Why pay $20,000, $25,000 in rent if you can get a nice smaller boutique pizzeria and do just as good pizza and you can pay a fraction of the cost, the overhead? It’s like going to the city in New York. Those small mom-and-pop pizzerias,” he says. “With a smaller footprint, you bring more money into your bottom line per square foot. It works. Delivery works. Your dine-in works. Catering works.” Russo shrunk the kitchen and cut the seating down to 44.

The difference, compared to many by-the-slice pizzerias, is Russo sells more than just pizza. “Because if I buy a pizza, a pie costs me $12. If I buy lasagna, fettuccine alfredo, my ticket average is $40–50 going out the door. That’s more attractive,” he says.

These units present a dynamic catering option, with half trays of Italian dishes and pastas, in addition to just pizza delivery. Russo sees the store in office buildings. Downtowns. Boutique shopping centers. Airports.

“Everybody’s going into this fast-casual trend,” Russo says. “You don’t need a whole big restaurant. It’s allowing us to expand globally. That’s the key. There’s huge growth opportunity, and we think we’re just getting started with this thing.”

How Does Recent Court Decision Affect Joint Employer Laws?
Embracing Consumer Changes for Long-Term Restaurant Success
Why is Nobody Talking About a Mobile Food Strategy?

Emerging Franchises Discover Ways to Thrive in Pandemic Conditions
How One Mrs. Fields Franchisee Opened During the Pandemic
The ‘Joint Employer’ Saga Resurfaces for Franchisors