Sbarro Successfully Ventures Outside of Malls

The legacy chain is aiming for 150 new locations globally in 2022, mostly in convenience stores and travel centers.

Sbarro knows exactly what it is.

The pizza chain understands it can’t be lumped together with Domino’s, Pizza Hut, Papa Johns, or Little Caesars. Sbarro is OK with that reality, because it believes it's the leader of a different segment—the impulse pizza category.

That means playing the role of a bakery, with see-through glass cases highlighting New York-style pizza by the slice and capturing all of a guest's senses front-and-center.

The challenge is determining where this model best operates. Sbarro is closely associated with the typical mall food court, and the brand has no intentions of cutting those ties. But there’s a big world outside of those confines, CEO David Karam says, and Sbarro plans to leverage all of it.

“We knew that there was a limited development potential in the mall venues, and that's where we started to push harder into convenience stores and travel centers, casinos, and colleges and places where there was high foot traffic, and thank God it's worked,” he says. “We're gaining more and more momentum, and it's a good fit in those venues."

In late March, Sbarro announced plans to open more than 100 stores globally this year, which is most likely a company record. That figure is just a conservative estimate because of ongoing supply chain and staffing issues; if all truly goes well, the brand expects 150 openings in 2022. About 60–65 percent of that growth will come in the U.S., which holds about 300 of the chain’s 640 global locations.

Since 2013 when Karam joined Sbarro, the company has averaged 61 new locations per year. In 2021, the restaurant opened 66 units, with 29 coming in malls.

By the end of 2022, the chain plans to debut inside 80 convenience stores, nearly 20 travel centers and truck stops, and about 40 mall locations. The rest will be divided among universities, casinos, and amusement parks. Through the first three months of this year, Sbarro has already opened 27 outlets.

Karam estimates the U.S. holds 1,100–1,200 regional and super regional malls, and that Sbarro is in roughly 300 of them. The brand doesn’t want to be in every single one, but will shoot for 500–700. Sbarro also sees white space in 152,000 convenience stores and 25,000 travel centers. Although airports are more finite and difficult to develop, Karam is also confident the pizza chain can fit into 100 across the U.S.

“We try to make sure that we separate ourselves from an execution standpoint,” Karam says. “We know that 95 percent of people around the world love to eat pizza. And so when we're positioned in high-traffic venues and people walk by who are even remotely hungry, if we're executing well—we have beautiful abundant displays of food there and operators follow the recipe— we can capture transactions and satisfy them.”

The CEO points out that growing in travel centers and convenience stores opens the door to bigger third-party delivery sales because of easier access for delivery drivers, as compared to a food court location. Sbarro’s delivery channel increased 46 percent in 2021 year-over-year. Toward the end of 2021, the company teamed up with Olo, a company that helps restaurants organize all third-party delivery orders into one system.

The brand recently opened its first ghost kitchen in Dubai in partnership with REEF Kitchens. Karam described it as a “significant development agreement” that will primarily focus on international markets.

“This third-party delivery is performing exceptionally well for us, and it's growing at really remarkable rates,” Karam says. “So we continue to push the envelope.” 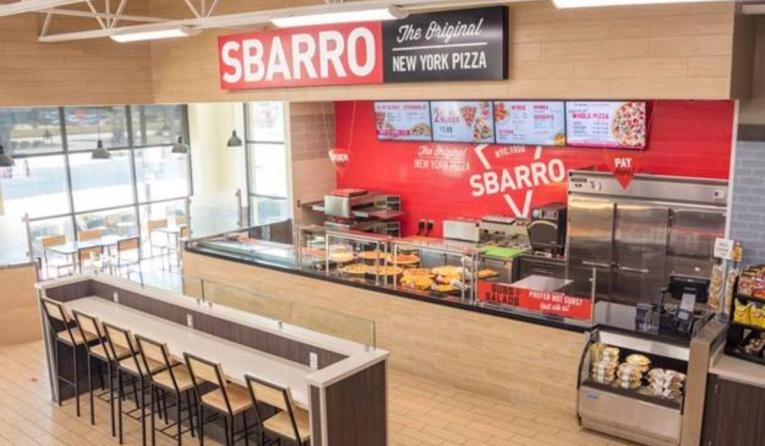 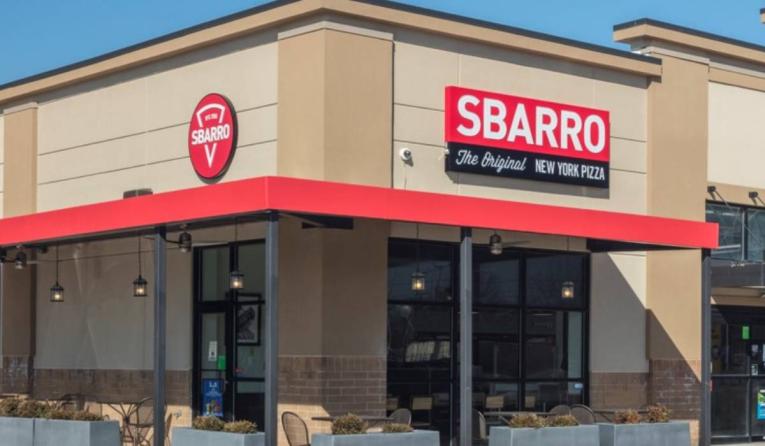 Malls aren’t dead yet, however. Karam says big shopping centers will be “around for a long, long time.” To the CEO, there were just too many malls in the U.S., and now the country is simply experiencing an adjustment in supply and demand.

This rationalization has brought forth noticeable improvements, too. In the past, Karam explains, big box department stores comprised 95 percent of space. But those locations are falling because of accelerating e-commerce and being replaced by service-oriented attractions like sporting facilities—proving that people still want a community gathering place.

Because of how malls have shifted, Sbarro is able to enter former food spaces and reduce capital investment by 50 percent or more; occupancy rates are decreasing, as well. The chain penetrates about 25-35 percent of malls in the U.S. Karam says the brand will never reach 100 percent, but 50-60 percent is more than possible.

“I think we've got a very tightly integrated set of tactics that support this brand strategy that's resulting in substantial growth,” the CEO says.

While Sbarro hopes to open 150 units globally, Karam is realistic enough to know that macroeconomic factors, especially in the U.S., may limit those expectations. Many franchise operators have struggled to open stores because of difficulties with staffing.

To mitigate labor issues, the chain announced a partnership with DailyPay, which allows employees to receive their earned wages from day to day instead of a weekly or biweekly basis. DailyPay conducted research that showed 94 percent of users credit the company’s system for having less trouble with paying bills.

“I started working in this industry in 1972 when I was a young kid and worked for Wendy's at their second store. We came a long way to be able to offer employees the ability to collect their pay at the end of the work shift,” Karam says. “I think it's a big deal that the employee has changed. I mean with things like Uber and DoorDash and stuff where they get paid at the end of their shift—that's more of an expectation today.”

The pay initiative—along with Sbarro’s growth plans—have been well received by operators, says Karam, who recently attended the brand’s franchise convention. Of the roughly 640 locations worldwide, about 150 are company-owned, and that proportion won't get any bigger as the majority of growth going forward will be led by franchisees. In fact, Sbarro as a company projects only five openings this year.

Larger franchisee ARKO Corp's GPM Investments plans to open 50 locations this year. EuroGarages and EG America are expanding their existing footprint with dozens of stores under their convenience store brands, like Turkey Hill and KwikShop.

Karam believes the pizza chain will reach 1,000 units systemwide in fewer than 36 months, and move far beyond that in the following years.