At a time when many quick-service chains are expanding in scope—often creating overly diverse menus that reach far out of their area of specialization—the old adage of “if it ain't broke, don't fix it” offers a clear-cut directive for other companies. This has been the mantra for Dallas-based Soulman's Bar-B-Que, a 43-year-old chain that, over the last decade, has been making a play for a larger share of the market. But it is doing so by sticking to its guns rather than revamping its business model.

Founded in 1974, Soulman's stayed small for the first 34 years. When CEO Brett Randle joined the company 11 years ago, the company had four units. After his arrival, the chain gradually expanded to its current 20-store footprint. “We really like to protect our brand,” Randle says. “We're not trying to grow at extreme rates where we might jeopardize the brand, our quality, or our customer base.”

Soulman's approach to growth has been systematic and focused on areas that have its middle- and working-class clientele. It has focused on growing in small towns within a 30-mile radius of headquarters. Randle says the chain has done that successfully and created a strong, tight-knit fanbase, which is preferable to a large and tuned-out crowd.

“We're keeping the same strategy for a little while, and we've opened up a 100-mile radius around Dallas-Fort Worth,” Randle says. “We figure there can almost be 200 stores within that 100-mile radius growing the way that we do. We haven't even touched the Fort Worth market. Then after that we'll start expanding to other parts of Texas and even outside of Texas, but still areas that touch Texas so that we can still glean off of that base.”

Barbecue is very regional in nature. Randle hails from southern Georgia, and he notes that barbecue there is different than in northern Georgia, which is different from Alabama or Texas barbecue. “Then you move up in the North Carolina region and you find a completely different barbecue sauce,” he says. “They use whole hams, whole hogs for their barbecue, and then you move over to Kansas City and you find completely different barbecue there. It's extremely regional, and with that comes a lot of challenges." 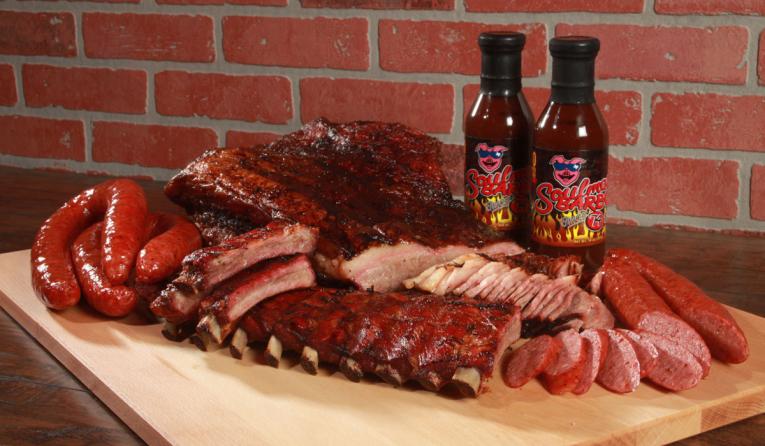 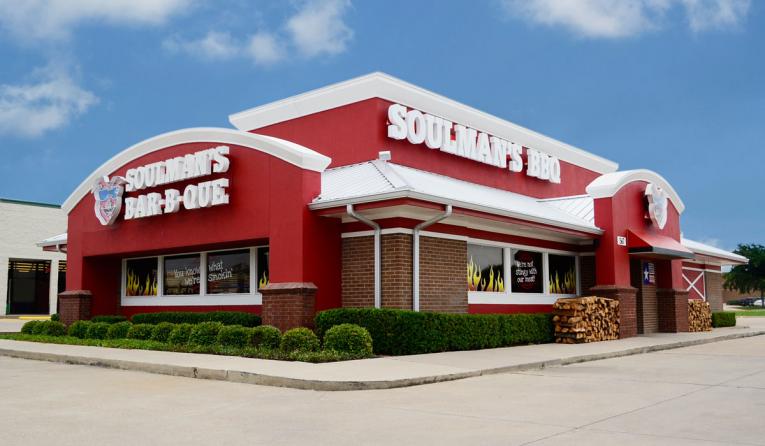 Soulman's expects to open another 10 units over the next year—seven will be franchised, three will be company run. 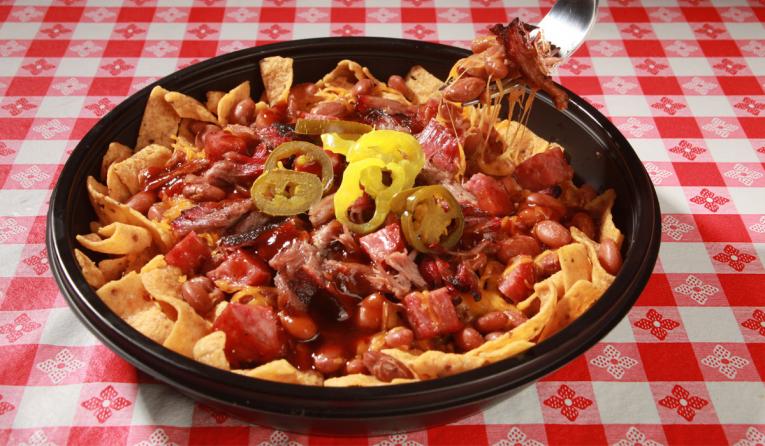 The Soul Bowl is “kind of a Frito pie on steroids."

Randle says that Texas barbecue, in general, focuses on meats smoked low and slow “in a very traditional manner. A lot of other regions don't focus on that part of it as much. They focus a lot on barbecue sauce. I believe in Texas barbecue there's not the premium put on the barbecue sauce as much as it is in the variety of meats. Brisket is king here in Texas, whereas the pork butt typically is king in most other parts of the country. Brisket is definitely a delineating factor that sets Texas barbecue apart.”

When asked what sets Soulman's Bar-B-Que apart from other concepts, Randle says it’s the premium his company puts on doing things “the right way.” The company focuses on giving customers fresh food and “extremely fresh meat, and that really sets us apart from a lot of different people,” he says. “It's not so much that we do things differently than other Texas barbecue chains. I think we do them better.”

The Soulman’s CEO believes it is important to have “very, very good dynamic food and flavors,” and his company also focuses on a family-friendly atmosphere. “I think that transcends all regions and helps people to understand and love your concept,” he says. “In terms of the way we do things specifically at Soulman's, it sets us up very well to move into other regions because our food is so good and we have such a variety of different products. We have eight different kinds of smoked meat. We don't use a bunch of heavy rubs or regional type sauces. It's very balanced yet very delicious. I think we're set up pretty well to move outside of our region when we decide to do that.”

In Randle’s view, a key to success in different markets is regionalization of one's menu, a template he says has been done by many different chains. “I think it's important to do some regionalization of the menu and do your homework before you just enter into the market,” Randle says. “Having said that, I think it is extremely important to do what you do and continue to do it well.”

Soulman's Bar-B-Que has two chefs on staff that continue coming up with new menu items to keep things fresh and keep customers guessing about what is coming next. Randle points to the 3-year-old Soul Bowl, which he describes as “kind of a Frito pie on steroids. It's got Frito's, pinto beans, cheese, pulled pork, sausage, peppers, and barbecue sauce. It's really awesome. It's been grafted into our menu, and our customers absolutely love it. We brought that out as an LTO and left it on there for three months, and when we took it off people were beating our doors down to get more of it. We just ended up putting it on our regular menu, and it's been a staple ever since.”

Such careful expansion of its menu through customer testing could serve Soulman's well as it explores growth outside of Texas. Despite regional barbecue differences around the country, many barbecue chains have expanded well beyond their home base. Florida-based Sonny's BBQ has 109 locations in eight southern states. Minnesota-based Famous Dave's has 148 units spread across 33 states, Manitoba, Canada, and the United Arab Emirates. Dallas-based Dickey's Barbecue Pit now has nearly 600 units throughout 43 states.

Soulman's Bar-B-Que has two franchisees in its system after the company began franchising in January 2017, and has opened six franchise stores with both of those partners looking to do more. The company is talking to other franchisees as well. It expects to open another 10 units over the next year—seven will be franchised, three will be company run.

Increased locations alone do not guarantee success, however. The food has to lure new customers, and that includes new offerings. Randle says that Soulman's Bar-B-Que has a major menu item brewing, but he cannot reveal it just yet. “I would love to give you that story in a couple of months,” Randle says. “We're rolling out something awesome that we're gonna make a household name. I'm not kidding.”

Peace in Chicken Sandwich Wars? One Brand Hopes So
Should Restaurants Charge More During COVID-19?
Restaurants, Down $200 Billion Already, Prepare for Election Fallout

5 Tips for Creating a Budget for Your Restaurant
From Virtual Brands to Delivery, How Dog Haus Solved COVID Challenges
How One Family-Run Fast Casual Keeps Fighting Back