The chain could open as many as 50 stores in the next three years.

Uberrito owes its beginning to the German pre-fix "über," which translates to great or extravagant.

That’s how CEO Pete Pascuzzi describes the Mexican grill’s upcoming growth strategy. Uberrito plans to open five to six franchised units this year, 10–25 in 2022, and roughly 15–20 each year afterward. Those figures don’t include opening certain parts of the country for area developers who will be more of a partner in growing the brand. The chain is focused on Sunbelt states like Texas, Oklahoma, Louisiana, South Carolina, Florida, and Georgia, and also Midwestern markets, such as Illinois and Minnesota.

“[Ownership’s] goal is to have growth of the new Uberrito brand, but they want it to be sustainable and they want it to be strategic,” Pascuzzi says. “Our vetting process for franchisees is a little longer than a lot of traditional franchisors go through.”

The concept is looking to restart growth after unsuccessful expansion in recent years. Uberrito signed a multi-unit deal in 2017 to open stores in Arizona and announced plans in 2019 to open in San Antonio as part of a master franchise agreement to debut more than 100 locations across Texas, including Houston, Austin, and other markets.

To start 2020, the brand operated five Houston-area stores and three franchised locations in San Antonio, Houston, and Phoenix. A year and a half later, Uberrito is no longer in Arizona and has slimmed to three company-owned restaurants in Houston.

Pascuzzi—who joined as CEO in spring 2020—assures the current strategy is going to be “very controlled expansion growth.” Before joining Uberrito, he served three years as president of Falcon Holdings Management, a franchisee of more than 300 restaurants across Carl’s Jr., Hardee’s, Church’s Chicken, Long John Silver’s, and Taco Bell. Pascuzzi says that as a former franchisee himself, he understands what it’s like inside and outside the four walls of a restaurant, and he plans to approach development from an operator’s mindset.

“Franchising is a long-term commitment, and you must like the people you work with,” he says. “With that in mind, we made some shifts in our approach to growth. One of the most important changes is the idea that we’re not in the business of just selling franchises. A franchisee must be as good a fit for us as we are for them. While subtle, that adjustment has made a world of difference in our ability to talk with like-minded franchisee candidates that share our passion for scratch-made food and great customer service.” 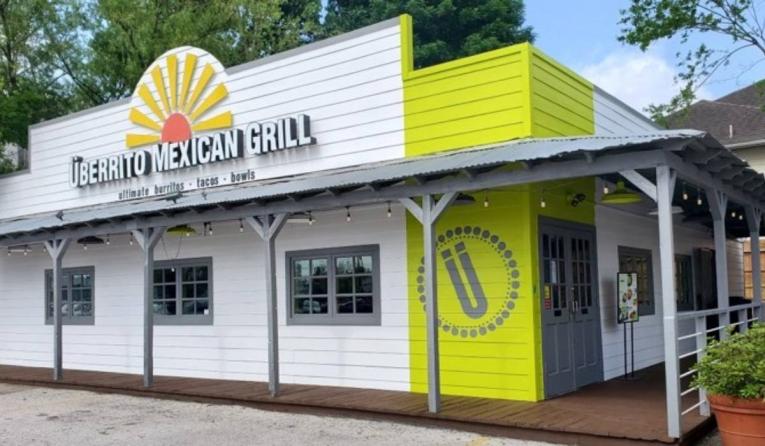 In addition to franchise growth, Uberrito plans to open two company sites per year in the Houston area to support operators, increase exposure, and contribute to the marketing fund.

The concept has spent the past 15 years elevating ambience, integrating consumer-facing technology, and enlarging the menu. However, what remained the same was the brand’s commitment to fresh, made-from-scratch preparation, the CEO notes.

Two franchisees have recently signed on with interest to open multiple locations—one with a background in hotels and fast casuals and the other with development experience. Prior involvement with restaurants isn’t necessarily a requirement; Uberrito is currently in talks with a couple that includes an accounting firm president and hospital CEO.

“We're looking for people that have passion about what they do right now and obviously they love our food,” Pascuzzi says. “If you're not passionate about what we're going to sell, you're not going to be a passionate franchisee or probably a successful one.”

With off-premises now occupying 66 percent of sales, future store designs will be built around the on-the-go consumer. As opposed to the larger 2,800-square-feet stores that sit 80 to 90 people and have patios, Pascuzzi envisions roughly 2,200 to 2,400 square feet with double drive-thru lanes. The inside lane would be for mobile orders while the other lane would be the traditional drive-thru lane with a menu board. If real estate doesn’t allow for a pickup window, the chain could downsize to 1,800 square feet, dramatically reducing occupancy and staffing costs and opening up conversion opportunities.

“That way we can keep the efficiency and speed for those orders that are prepaid and just need to grab and go, and those people who maybe didn't take time to order it or download the app can still enjoy a drive-thru lane experience,” Pascuzzi says.

In addition to franchise growth, Uberrito plans to open two company sites per year in the Houston area to support operators, increase exposure, and contribute to the marketing fund. The brand also ordered a Ford step van to serve as its first food truck. The vehicle will primarily be used to create buzz for franchises prior to store openings. Uberrito will draw customers in with samples and encourage interested guests to download the mobile and sign up for the rewards program. Additionally, the food truck will be used for philanthropic purposes, such as charity fundraisers or helping to feed first responders after a natural disaster. A second truck may be added if the chain starts seeing traction.

Pascuzzi says Uberrito will also use the truck to test new markets, similar to how brands leverage ghost kitchens in underpenetrated areas.

“We do a lot of market research before going in,” the CEO says. “[I’m] fairly comfortable that our food will be accepted everywhere, but we'll use it to do that market study just to validate the statistics and the numbers that we're basing our decision on. We’re also letting the franchisee use it when they’re under construction for their hiring and recruiting needs. Driving a food truck around, especially parking it across from possibly a competitor and giving out free food and signing up mobile apps, restaurants that are being built will generate a lot of buzz and goodwill.” 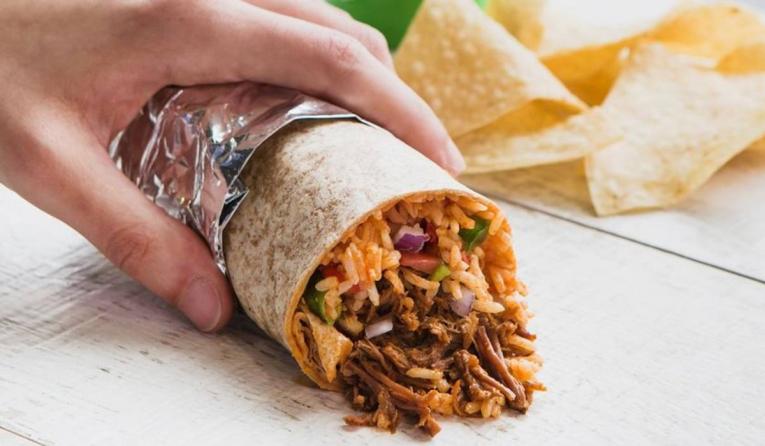 From a performance perspective, Uberrito is exceeding 2019 sales.

As for MRI’s other brands, the company plans to build two more Tortuga locations in the next five years along the Gulf of Mexico or possibly Destin, Florida, and Myrtle Beach, South Carolina, and open eight to 10 Monterey’s in the same timeframe. No growth is planned for the roughly 25-unit Casa Olé, MRI’s largest concept, because the brand is already represented as well as it needs to be, Pascuzzi says.

Crazy Jose’s is plotting growth in a different manner. Soon, MRI will roll out virtual concept Crazy Jose’s to You, which Pascuzzi describes as “Tex-Mex meets Americana.” The brand will require no additional equipment and will be featured in Uberrito kitchens.

“It has almost no capital outlay at all. You can do it with the existing staff, but it offers you a little different menu that’s still complementary to what we bring in in terms of fresh ingredients,” Pascuzzi says. “I think there's only one item extra that we bring that a typical Uberrito doesn't already stock. It gives you that chance to build from additional sales. We've all seen what Chili’s has done and it's astronomical. We feel like the product that we’re bringing out is going to be highly accepted by the consumer.”

From a performance perspective, Uberrito is exceeding 2019 sales, and Pascuzzi expects AUVs to continue to rise. The CEO also believes that with the technology and efficiencies implemented at restaurants, margins will improve in spite of rising commodity and labor costs.

The industry veteran says he’s been in the business a long time and has seen and did many things, but it’s hard for him to contain his excitement for what’s to come with Uberrito.

“We’ll continue look at menu innovations that fed into the fresh, made-from-scratch concept. We'll continue to look at ways to support our franchisees, which is No. 1,” the CEO says. “And obviously, we'll be listening to our guests, and our team’s constantly doing that to see what they want and what we can do to reach more guests.”