What the Starbucks Arrest and Reaction Teaches Us

Starbucks is closing more than 8,000 company-owned stores, as well as its corporate-offices, on May 29 for a half-day of discrimination-prevention training.

The truth about why white Starbucks manager Holly Hylton decided to call the police on African-Americans Donte Robinson and Rashon Nelson is known only to her. The facts, though, are public—partially captured in real time and shared around the world hundreds of thousands of times via social.

This is what we know: Just after 5 p.m. on April 12, Hylton denied Nelson access to the 18th & Spruce Street Starbucks bathroom because he had not purchased anything, per store policy. Soon after Nelson returned to his seat, Hylton called Philadelphia Police Department without notifying Robinson or Nelson that she was doing so. The two men were later arrested for trespassing after Robinson and Nelson argued with officers about being asked to leave. Another guest, Melissa DePino recorded and posted the arrests on Twitter. To date, her 45-sec clip has more than 11 million views and 171,000-plus retweets.

Now Starbucks, long considered one of America’s more progressive brands, is on the defense with millions in domestic and foreign sales at stake. #BoycottStarbucks is trending in the U.S., Canada, and United Kingdom. Protests continue at Starbucks stores across the country almost 10 days after the initial incident. Even celebrities such as comedian Stephen Colbert, musician Questlove, and MSNBC host Joy Ann Reid are weighing in with their opinion on what the incident says about race relations in America.

The coffee brand’s response has been swift and strategically guided by associations with credible civil rights leaders and organizations, including Sherrilyn Ifill, president and director-counsel of the NAACP Legal Defense and Education Fund; Heather McGhee, president of Demos; former U.S. Attorney General Eric Holder; and Jonathan Greenblatt, CEO of the Anti-Defamation League. Still news that more than 8,000 company-owned stores and corporate-offices will close May 29 for a half-day of discrimination-prevention training was met with equal parts applause and derision from market watchers, guests, and foodservice employees alike.

“You can’t assume anything about a person’s intentions. Regardless of what they look like, you are watching behavior. And you make your best attempt to treat every customer like gold. That’s a common-sense business proposition. It’s not in our best interest of our business to be discriminatory or deny people service.” — Firehouse Subs CEO Don Fox. 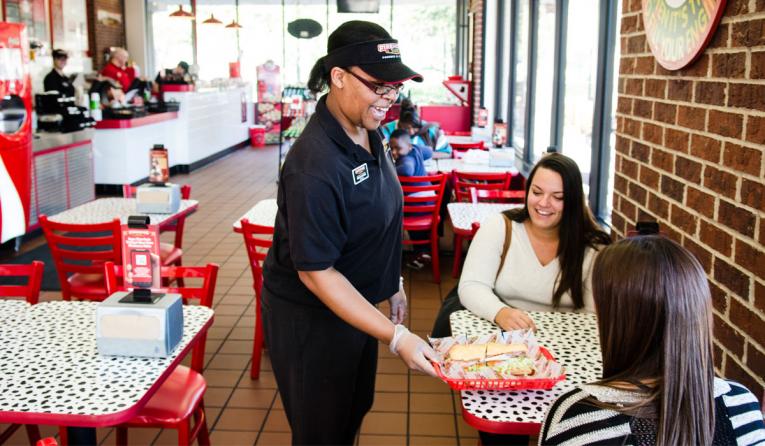 Firehouse Subs trains employees to consider not only their own behavior, but also the behavior of guests before acting.

Central to the conversation around Starbucks decision to mass-train almost 175,000 U.S. employees on unconscious racial bias and incorporate the curriculum into its new-hire onboarding is the question of whether or not such training would have prevented what happened in Philadelphia and the fallout Starbucks is now trying to minimize.

Not without a focus on behavior versus bias and a measurable link to employee performance, say customer-service and diversity experts.

“I believe, and the science suggests, that you cannot remove or eliminate bias because it’s a natural and normal function of the human brain,” says Gerry Fernandez, founder and president of the Multicultural Foodservice & Hospitality Alliance (MFHA), whose group regularly conducts diversity workshops for quick-service companies such as McDonald’s, Buffalo Wild Wings, Firehouse Subs, Wingstop, and Sodexo. “You can, however train people to recognize unconscious bias and learn to change their behavior that will result in improved customer service.”

According to the research of diversity non-profit Catalyst, programs capable of changing biased behavior not only define what unconscious bias looks like in practice, but also offer actionable strategies using real-world examples.

Multicultural-sales expert Michael Lee of EthnoConnect takes it even a step further.

“My question for the trainers working with Starbucks is ‘What’s in it for frontline staff to change the behavior,’” Lee says. “You have to be able to tell them what’s in it for them.”

For its diversity-training program to successfully impact customer-service, Lee says, a company has to make clear and measure the connection between how frontline employees treat customers and how customers buy.

“Companies spend millions targeting multicultural customers, but people come in, don’t like the service, and they never come back,” Lee says. “It’s a waste of millions, and marketing and R&D get blamed when really all they need to do is train their frontline staff on how not to insult multicultural customers.”

Employee communication and conflict resolution expert Laura MacLeod views what happened at the Philadelphia Starbucks through the eyes of an hourly employee charged with enforcing a no-loitering policy.

“You need to be watching the entrance and floor of the store throughout the shift, taking note of who has coffee, who's waiting for an order to be filled, who's holding a spot for friend in line,” MacLeod explains. “This is not easy.”

What we do not see in DePino’s mobile video is how Hylton approached the two men or their response to her. But results suggest something when awry.

“At any point in the interaction things might have been turned around with an apology, smile, appropriate empathetic statement,” MacLeod says. “Those skills should be taught and practiced if workers are to manage difficult situations effectively.”

Teaching those skills, she says, looks like running through possible scenarios, encouraging questions, training staffers to support each other when tensions start to rise. 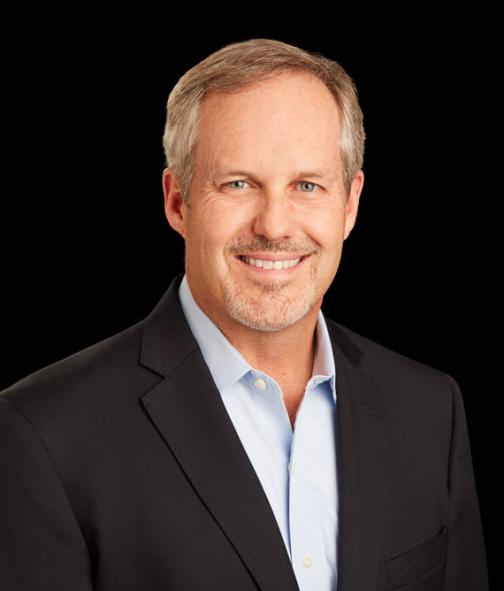 At 1,000-plus unit Firehouse Subs, the strategy is to train employees to consider not only their own behavior, but also the behavior of guests before acting.

“You can’t assume anything about a person’s intentions,” Firehouse CEO Don Fox says. “Regardless of what they look like, you are watching behavior. And you make your best attempt to treat every customer like gold. That’s a common-sense business proposition. It’s not in our best interest of our business to be discriminatory or deny people service.”

The challenge for Firehouse and other franchisors like it is making sure that message is effectively communicated down to franchisee-level store employees. Starbucks is a primarily company-operated system. The decision to close all stores and train all employees was centralized. Most franchisors lack the ability to unilaterally execute a decision like that, leaving the whole system vulnerable to actions and decisions of individual operators and their staff.

“A properly defined joint-employer agreement would give franchisors a stronger role in educating employees on bias and behavior,” Fox says.

That education is key to a brand’s long-term survival—the safety of its guests and employees, MFHA’s Fernandez says.

“The rise of social media has made racial discrimination and biased customer service visible,” Fernandez says. “[This] has caused the public to recoil and demand companies take action. The time for [this type of] customer-service training is even more critical as there are increased incidents of customers responding more aggressively to employees over racially insensitive comments or treatments.”

And, it is not just racial and cultural differences to be consider, says Wingstop president and CEO Charlie Morrison. He, too, is closely watching the conversation around training and customer service since the April 12 incident with an eye toward incorporating insights into his own 1,000-plus unit chain’s customer-service training. What he has noticed is the omission of gender, disability and other marginalized groups in the discussion, a missed opportunity to truly make a difference.

“Respect and dignity across the board is a great return on investment,” Morrison says.

How Nathan's Built a Virtual Restaurant Empire
Restaurants Can’t Predict the Future, But They Can Prepare for It
How Technology Can Save the Customer Experience at Restaurants

The Story Behind Subway’s Historic Menu Refresh
Introducing Pinkbox, the 'Willy Wonka' of Doughnuts
With Spicy Food, Restaurants Search for Next Big Thing

Fast Food Emerges from COVID a More Resilient Industry than Ever
Firehouse Subs Ready for Breakout After $1B Burger King Deal
Wendy's is Now the No. 3 Breakfast Player Among Burger Chains