Why Capriotti’s Wing Zone Blockbuster Will Boost Both Brands

The old adage, “it’s not what you know, it’s who you know” may be the best way to describe how Capriotti’s acquisition of Wing Zone came to be.

David Bloom, Capriotti’s chief development and operating officer, explains that about a decade ago, Ashley Morris and Jason Smylie, principal owners of the 115-unit sandwich chain, met Wing Zone founders Matt Friedman and Adam Scott at an International Franchise Association meeting in Orlando. Friedman and Scott came with years of experience while Morris and Smylie were novices, so the Wing Zone leaders showed them the ropes. In years afterward, the two sides kept up with each other from afar.

During that time, Las Vegas-based Capriotti’s continued to expand and build its franchise base. In 2019 alone, the company expanded into 28 new markets, 10 new states, and added 24 franchisees. Eighteen stores opened in 2020 and 210 more are in development. Wing Zone experienced some of the same, but not at the level Friedman and Scott wanted in terms of financial resources and the capability to grow, Bloom says.

Because of its success, Capriotti’s looked into potential acquisitions for the past couple of years, but couldn’t seem to find the right fit—that is until a personal phone call to Wing Zone. As it turns out, the 67-unit chain was doing the exact opposite; the company was on the hunt for investors and assistance with growing the company.

Bloom says it was quite serendipitous timing for a relationship that began 10 years ago, but the move made sense for both sides. The purchase was finalized on January 4.

“We have a lot of alignment around values in how we just run the company,” Bloom says. "The challenge with sandwiches is, while Capriotti’s is growing at these record numbers, any time we go into a new market, there's already five or six major competitors there ahead of us. Lots of people in the sandwich space, while the wing category is just the opposite. There's one national brand, and a bunch of regionals—that’s it. So it kind of fit the bill for us. You have lots of white space. We're very, very big on technology investments and owning and operating our own restaurants to be really good at it. Wing Zone really provided all those opportunities.”

Bloom says Capriotti’s benefited from accessible capital thanks to relationships with key groups and its reputation in the industry. Because of the growth and success in recent years, many have been eager to invest in Capriotti’s, but the brand held off because it didn’t want to take funds until it was ready to do something with them.

Bloom says the company is open to future acquisitions, but it first wants to ensure Capriotti’s and Wing Zone are home runs.

“We knew raising the capital, we were going to have a lot more people wanting to invest a lot more money than we were going to need,” Bloom says. “So Capriotti’s was in a strong financial position by itself. Stand alone was really thriving. That business was on track and doing super well, so we didn't feel like there was any risk for that business. We had a lot of people wanting to invest with us, and candidly, they still want us to do more bigger deals."

Wing Zone appears to be a solid start. The two brands combined to finish with more than $100 million in systemwide sales in 2020. Wing Zone’s 31 domestic units are up 25 percent in same-store sales. The 36 international stores have been more challenged because of countrywide lockdowns, but Bloom says they’re stable and looking to get back on track. 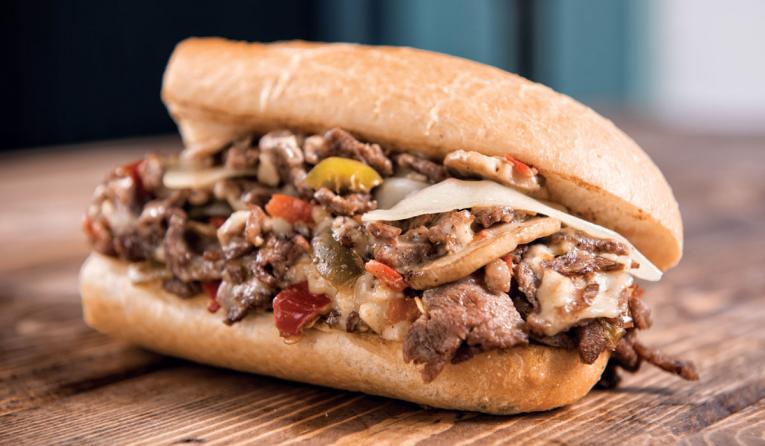 Capriotti's does 70 to 80 percent of its revenue off-premises.

Throughout an accelerating age of convenience, the wing category quickly ascended because of its simplicity and portability. In 2020, many restaurants leveraged extra kitchen space to start wing-based virtual brands to help with revenue losses.

Capriotti’s took the trend a step further by purchasing an entire chain, which means the venture is far more than a temporary side hustle, Bloom says.

“Our focus is to invest very heavily and make sure we're the best at it,” Bloom says. “And our belief is, there's always gonna be a number one, number two, and number three. If we're the very best at it and we have a great product, we're going to win. That’s how we run Capriotti’s. That's how we're going to approach Wing Zone. We don't think of it as a short-term fix. … It’s not an easy fix. It's going to be super competitive. It's going to take a lot of investment and a lot of innovation. We're going to have to be the best, so it's going to be a lot of hard work, and we're in it for the long haul.”

Bloom says off-premises will continue to be one of the main investments for both brands. This year, Capriotti’s opened its first corporate ghost kitchens in Los Angeles and Pasadena; ghost kitchen franchises are also now open and under development in Columbus, Ohio, Baltimore, Philadelphia, Portland, Austin, and Miami. Additionally, the chain rolled out virtual brands serving reimagined classic subs across Grubhub, Postmates, and DoorDash.

“We do 70 to 80 percent of our revenue off-premise anyhow,” Bloom says. “So where a ghost kitchen makes the best sense, we’re opening ghost kitchens first. Just because we get in, we get open, and like literally in a couple of months, we’re open with three to four opening dates because they’re the operator. They put up capital. And that gives us a quick, early entry into the market, and then we start doing retail locations afterwards. I don't see us ever being just a ghost kitchen, just a virtual brand—for us it’s that overall market strategy.”

Capriotti’s will also invest by building corporate stores along with franchisees; more than 10 percent of the sandwich chain’s system is company-operated. One of its first measures will be to open about a half-dozen corporate Wing Zone stores around Las Vegas. Bloom says this will make Capriotti’s a better operator and help it understand the business.

“We have huge interest just here in Vegas. Some of the casino foodservice operators, they’re dying to do this,” Bloom says. “The back of the house for Wing Zone is actually much simpler than the back of the house for Capriotti’s. So from an operation standpoint it’s very attractive. And the ability to automate that even further is very attractive. We've been approached, and we're continuing to be approached.”

Capriotti’s and Wing Zone share several characteristics in how they operate, but Bloom notes the acquisition will also provide an opportunity to learn from each other. For example, Wing Zone has internal delivery, an area in which Capriotti’s will make numerous technologic and training investments to onboard “the very best people in the delivery world to work with us.” 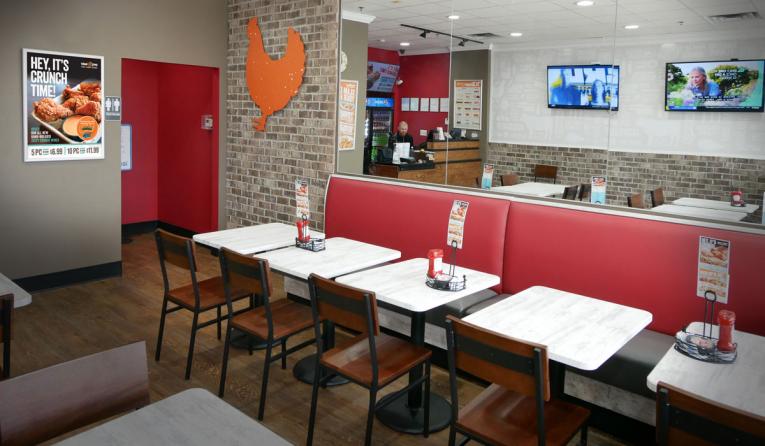 Wing Zone plans to upgrade to national distribution as it looks to grow.

In return, the sandwich shop will help Wing Zone with distribution. Bloom says one of the major factors that has hampered Wing Zone’s growth is it only has a regional distributor, so it can’t grow effectively outside the Southeast. The chain will upgrade to national distribution, allowing it to grow in every market. Bloom believes Capriotti’s will also help Wing Zone with its technology. The executive explains that the sandwich chain is very analytical in its approach to real estate, targeted digital marketing, and other key areas. The chain just signed up for new virtual training platforms for both brands and uses “best-in-class” partners like FranConnect, a franchise management software.

In fact, Bloom says the technology disruption that’s starting to hit the industry is only the beginning. He believes most restaurants are “way behind the power curve,” and there will be a continued widening between those that have invested and others that are hanging on by a thread. He notes that the pandemic won’t become easier anytime soon and that restaurants will still be dealing with it for at least another year. Bloom says that as a result, companies like Capriotti’s and Wing Zone will continue to have bigger and better opportunities because of their financial position and ability to integrate and execute.

Bloom recalls a couple of years ago when he had an opportunity to listen to Ron Shaich, the founder of Panera. Shaich’s major theme was that Panera’s success was attributable to being privately held and well-capitalized, giving it the ability to make long-term investments in people, product, and technology. Bloom says many of those investments didn’t pay off for years, whereas with public companies, “they’re always trying to think of something new to save the quarter or the year, and that’s a tough way to do business.”

He prefers to align Capriotti’s and Wing Zone’s business strategy more so with Panera. Capriotti’s had record years in 2019 and 2020 and anticipates continuation in 2021. The ascension hasn’t come with pivots either—just a linear sprint.

“I see a lot of people pivoting their business,” Bloom says. “I think that's probably going to be really hard to do because things are going to keep changing. Like you're pivoting to catch up, but then, by the time you get there, autonomous vehicles and artificial intelligence and virtual reality and the internet of things and 5G and all that stuff is happening, so getting ahead of it and staying ahead of the curve is going to be super, super important. And it's going to take a lot of smart people in the organization—investors, board members, senior team managers, franchise partners, everybody.”