Why the Smoothie Segment is Primed to Erupt

Main Squeeze is a newcomer to the smoothie space, but sees no shortage of runway ahead.

“I would say that’s a relatively conservative number,” says CEO Charles Watson, who believes his 700-unit chain can grow to as many as 1,500 stores in the next five years.

“I think there’s a ton of space,” he says. “We’ve got too much blue sky in front of us. We can create brand power and franchisee profitability without having to worry about cannibalization.”

Though he noted smoothies have been on the market for the last 25–30 years, he credits growing consumer interest in healthy eating with fueling the growth of Tropical Smoothie Cafe and its competitor smoothie concepts.

“Consumer tastes and desires are changing. They’re looking for something that’s better for you and we fill that void pretty well,” Watson says. “We’re a healthier choice for the average American that wants to eat better.”

With growing consumer demand, Watson expects Tropical Smoothie Cafe to grow to some 3,500 stores over the next decade. Much of that growth will start in secondary and tertiary markets, building stores in suburbs and moving into urban areas. While he believes his brand benefits from a strong food lineup, the CEO acknowledged that Tropical Smoothie’s success is no anomaly. 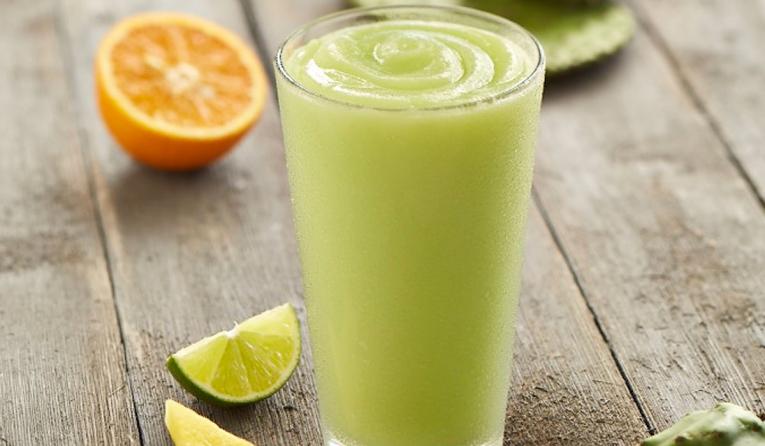 Tropical Smoothie Cafe expects to grow to about 3,500 stores over the next decade.

“The reason that we are all exploding is because of a very simple economic principle: supply and demand,” he says. “The demand for a truly, all-natural, healthy, clean eatery that’s affordable, that’s convenient and doesn’t taste like shit is very high and ever growing. And the supply isn’t able to meet the demand.”

Nieto, who is a veteran of AT&T’s retail business and franchised cell phone repair chains, came to Main Squeeze after a personal conversion. The brand’s founder asked him to try one of the cold-pressed juices. He warned them that he’d likely spit it out as most

“No lie, I’m drinking this juice and I just cannot believe it. I’m a steak-and-potatoes guy. I can’t believe I’m drinking beet juice, green juice that I just love,” he says. “By the time I stop sampling, I felt like a million bucks. I was really feeling a high. I’m the Starbucks guy addicted to caffeine going through the drive thru several times a day. That’s when the lightbulb hit me.”

His expects his nine-unit concept will tout 16–18 stores by the end of the year. While other chains are moving inland from both coasts, Nieto says, Main Squeeze is focused on building critical mass in the Southeast—a strategy that has led the brand to turn down development deals in other states.

“Form other franchises, I learned you’ve really got to grow as a cluster, grow strategically,” he says. “Don’t do one deal here and one there. Unless we’re doing a huge development deal somewhere, it’s not even an option.”

Main Squeeze offers juices with evocative names like Burn, Awaken, and Detox, along with a dozen smoothie options, wellness shots, coffee, teas, and bowls. Sales normally split close to 50-50 between smoothies and juices.

Juice and smoothie concepts are “kind of exploding” nationally, Nieto says. As that happens, his brand will increasingly cross paths with major smoothie chains. But he says Main Squeeze’s smoothies stand apart: Its juices and smoothies use whole fruits and vegetables—not concentrate—and exclude ice, sugars, and syrups.

“Technically we’re both using blenders,” he says of the big smoothie chains. “But the educated customers, our customers, know the difference between corn syrup-soaked strawberries and blueberries added to your smoothie from a pump …We use whole fruits, whole veggies, no ice. You’re literally consuming plants: fruits and vegetables.” 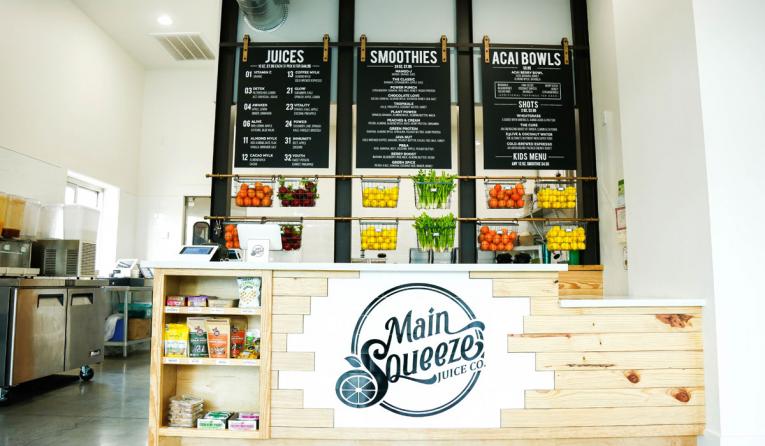 “If you came and hung out in Main Squeeze for just an hour and you didn’t see at least 10 people take their acai bowl, their smoothie, their juice and take a selfie or take a picture and post it on Instagram, I’d give you 100 bucks,” he says. “People want to let other people know because they’re proud of themselves for making a good decision. They want to share that with their friends, their family and the rest of the world.”

“We’re still focused on our core which is smoothies,” he says. “It’s something we’ll continue watching. But right now, we think most of the cold-pressed juices are very expensive, still a bit niche-y and very labor intensive.”

Smoothie King, which celebrated the opening of its 1,000th store in 2018, continues to focus on healthy eating, particularly targeting the pre- or post-workout occasion.

But there’s no questioning that the space has grown more crowded. 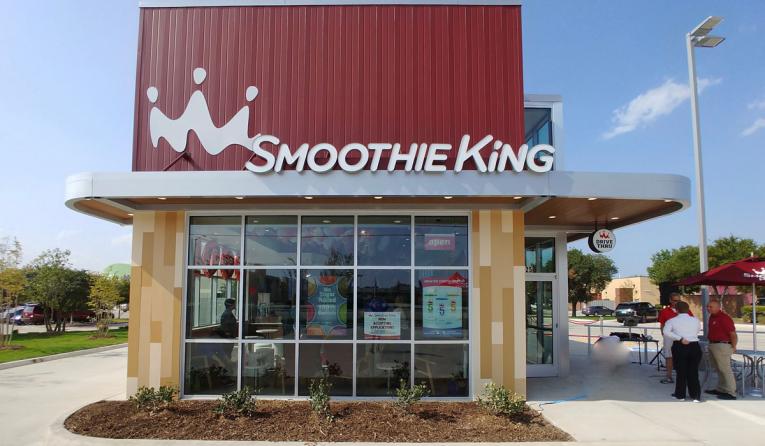 “We’re seeing more competition as the category has grown and matured,” King says. “We do look at competitors and want to make sure our locations are as good or better than locations competitors are choosing, but we’re not solely focused on competitive things.

Smoothie King has opened about 100 stores over each of the last three years and plans to open some 125 new units in 2019. And even as the category matures, King says he sees plenty of room for potential growth.

“We believe there’s a lot of runway left for us. We don’t see a lot of competitors doing exactly what we’re doing,” he says. “That’s one of the things that definitely points to a pretty long runway for us.”

Under New Ownership, Duck Donuts Readies for Explosive Growth
Why Fazoli’s is One of the Pandemic’s Restaurant Winners
McDonald’s, Subway, Exiting Walmart Stores

The Chicken Sandwich Wars Will Ignite Again in 2021
Project Pollo Pioneers a New Model in the Plant-Based Segment
Menu Reengineering: A Vital Strategy to Achieve Optimization

How Raising Cane’s Was Built to Last
Using Twitter to Learn What Customers Want
Back to ‘Normal:' How Vaccine Rollouts Will Impact Quick-Service Traffic

The Power of Culture in a Restaurant Franchise
Chipotle's Debt-Free Degree Program Gets a Major Upgrade
What Do Frontline Employees Want from Restaurants?

The Restaurant Revitalization Fund: A Primer
Advice for the ‘New Restaurateurs’ of a Post-Pandemic World
Where Does the Restaurant Industry Go from Here?

Coronavirus Updates: What Restaurants Need to Know
Why 'Host Kitchens' are the Next Big COVID Trend
How the Country’s Largest Restaurant Franchisee Made the Deal of a Lifetime