The Chipotlane-focused location is coming later this month.

Chipotle’s evolution has felt the digital pull for some time now. It’s a process that began ahead of COVID-19, most notably with pickup shelves and the rapid installation of second-make lines to serve a fast-growing off-premises business.

On Thursday, the fast casual unveiled its most vivid manifestation yet of this shifting landscape—a “Chipotlane Digital Kitchen,” which features a walk-up window and no dining room or front line. Set to open in Cuyahoga Falls, Ohio, later in December, the store is smaller than traditional Chipotlanes (the entirely digital, order-ahead drive-thru windows that have proliferated the brand in recent years) and boasts a kitchen equipped with a make-line dedicated to digital orders placed through the Chipotle app and the chain’s website, as well as marketplace partners. Consumers and delivery drivers collect digital orders through the Chipotlane drive-thru or walk-up window. There’s also a patio for guests to sit and eat.

READ MORE: As 2022 Arrives, The Restaurant of the Future Comes Into Focus

“Chipotlanes are a key growth strategy for the brand,” Tabassum Zalotrawala, Chipotle’s chief development officer, said in a statement. “Our portfolio of approximately 300 Chipotlanes perform with the highest margins across the board, so we continue to evolve our restaurant design with formats such as the Chipotlane Digital Kitchen to best suit our growing digital business.”

Chipotlanes, which don’t have the traditional menu board of a quick-serve drive-thru (guests order in advance), launched in early 2018 and are opening with about 15 percent higher sales compared to non-Chipotlanes. It’s why the brand dedicated a significant chunk of current and future development to the model. 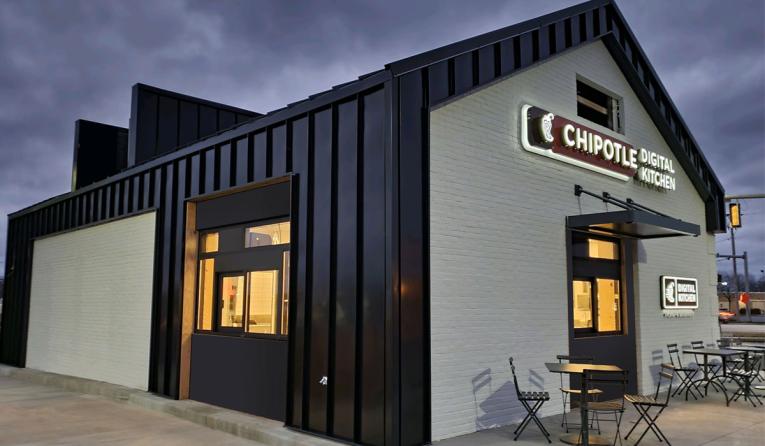 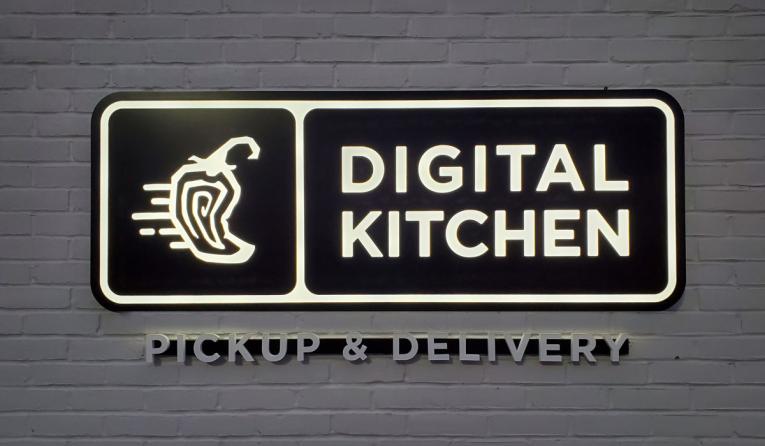 Chipotle customers can also order at a walk-up window and eat on the patio.

There are roughly 3,000 Chipotles today, with a long-term aim of 6,000 in North America. To date, the brand reconfigured 12 existing stores to feature the digital-order pickup lane, with these units seeing an increase in sales as more diners choose the convenient access channel, the company said.

Chipotle opened 41 locations in Q3. Of those, 36 featured a Chipotlane. As of mid-October, there were more than 110 restaurants under construction. The company expects to finish the fiscal calendar with north of 200 new restaurants—75 percent with the order-ahead pickup setup.

Beyond its ability to open up accessibility and present another convenient outlet, Chipotlanes continue to prove a powerful profitability driver.

The chain’s highest-margin transaction—digital pickup orders—are gaining traction of late, CEO Brian Niccol said in Q3. It represented slightly more than half of digital business in the third quarter. Naturally, this is one pulsing reason the brand is dedicating 75 percent-plus of growth to Chipotlanes given the high cost of delivery, both to the brand and to consumers, who are already paying 9–10 percent more for Chipotle items these days.

Niccol also noted that internal numbers show Chipotle is getting food from order to guest in less than 10 minutes. It was 12 minutes a couple of quarters ago. That’s only going to improve as more Chipotlanes enter the system.

As of September 30, there were 284 of them, including 12 conversions and eight relocations. Margin is higher because sales are, and also due to efficiency. The digital business at Chipotle is usually 10–15 percent better, meaning it’s closer to 55 percent of mix at Chipotlanes.

With an incremental investment cost of $75,000–$85,000, it’s “by far, a superior return,” CFO Jack Hartung said in Q3. He also provided a hint to Thursday’s announcement: “What we are experimenting with though is a smaller footprint with a Chipotlane, where we might be able to go into a seen location. And the seen location would be where you've got two restaurants already. They could be very, very high-volume restaurants and there just isn't really enough room to economically put a third restaurant in between those two.”

What this suggests is the Chipotlane Digital Kitchen will allow the brand to not only target fresh markets for growth, but to reevaluate what it once considered saturated ones. These stores have the potential to place multiple Chipotles where the company felt it could only have one before. Another path to that 6,000 figure.

Chipotle outlined a goal earlier in the year to reach 250 openings per calendar within the near future, something expected to unfold across a combination of expanding reach while also infilling mature markets with digital-first designs built to extract more dollars in areas.

Put another way, it’s Chipotle’s sudden flexibility to pivot to a digital proposition or an on-store proposition.

The brand also debuted a digital-only store in November just outside the gate of the military academy in Highland Falls, New York. The difference being this store, while digital-only, didn’t feature a Chipotlane like the Ohio one will. Still, it could fit into college towns and other nontraditional markets, Zalotrawala told QSR.

BTIG analyst Peter Saleh previously predicted Chipotle could have 1,000 Chipotlane locations through new builds alone by 2025, representing about 30 percent of domestic units. He also noted runway for “several hundred” retrofits as roughly 80 percent of the brand’s existing stores are free-standing or end-cap sites.

And the numbers back all of it. Chipotle’s revenue increased 21.9 percent in Q3 to a record $2 billion, thanks in large part to same-store sales growth of 15.1 percent. Digital sales lifted 8.6 percent and accounted for 42.8 percent of the business. Operating margin was 12.3 percent, an increase from 6.7 percent, and restaurant-level operating margin was 23.5 percent, 400 basis points higher.

In Q2, digital represented a $916 million business for Chipotle. When the chain collected $262 million in digital sales in Q2 2019, it marked a 99 percent year-over-year rise and was more than it produced in all of 2016.