The design includes a walk-up window for urban locations.

Chipotle announced Thursday it’s testing a new restaurant design intended to leverage the rapid growth in its digital business, which jumped 88 percent, year-over-year, in the third quarter to account for 18.3 percent of company sales.

Chipotle is trialing the prototype in four new units of the following types: an urban store front, standalone restaurant with a Chipotlane pick-up window, and an endcap location with a Chipotlane. They will be located in Chicago, Cincinnati, and two stores in Phoenix.

Additionally, Chipotle said, it plans to pilot the fresh look in two retrofits in Newport Beach and San Diego, California.

The brand will assess the performance of each restaurant for transactions, guest feedback, and the ability to incorporate future menu innovations, among other metrics, before deciding which design to launch nationally.

How Chipotle is Winning the ‘Talent Crisis’

Chipotle Morphs Into a Lifestyle Brand

Chipotle’s digital business has gained momentum for the past couple of years, and has eclipsed a $1 billion slice of the fast casual’s overall performance. These units further reduce friction and increase convenience for customers and delivery drivers with walk-up windows and premium placement for digital built-in pick-up portals.

"By better suiting our restaurants to accommodate the digital business, we're able to finalize orders more effectively and provide a better overall experience for our guests," said Curt Garner, chief technology officer, in a statement.

This model builds on some changes Chipotle rolled over the past year or so, including digital-order pick-up shelves and second make-lines in all restaurants. In Q3, CFO Jack Hartung said that of about 80 new restaurants under construction today, roughly half include a Chipotlane. He expects there to be about 60 drive-thru locations at the end of 2019. This is a significant shift for Chipotle, a brand that famously rejected the notion of drive thru prior to CEO Brian Niccol’s appointment in March 2018. 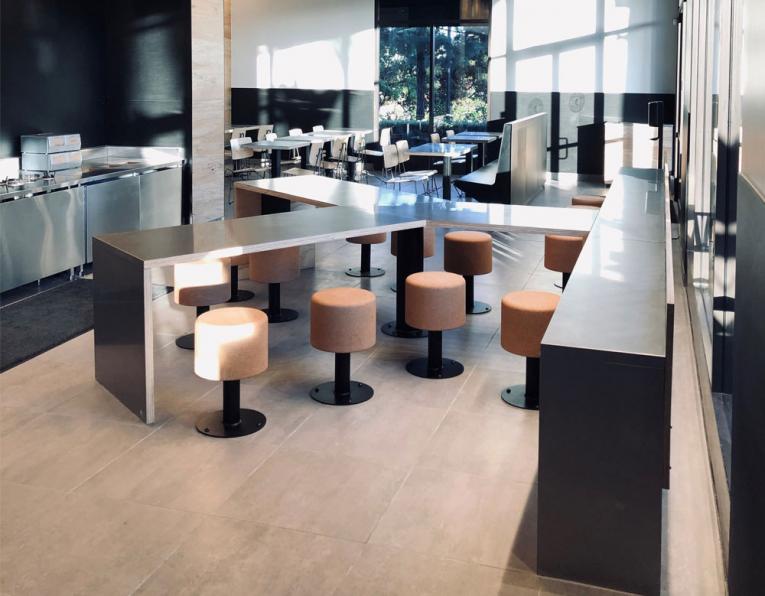 Open views and front-row seating will provide direct lines of sight into the kitchen.

“Based on the early success of Chipotlane, we shifted our real estate strategy to seek more sites that can accommodate a Chipotlane,” Hartung said. He added that due to the Chipotlane’s longer construction time, the company’s anticipated new restaurants for 2019 would be on the lower end of its projected 140–155 range, with some Chipotlane locations getting pushed to a 2020 open. Looking forward to next year, Hartung said that of 150–165 planned new restaurants for 2020, more than half will have drive thru.

BTIG analyst Peter Saleh wrote previously these additions could generate nearly $3 million in sales “once awareness has been established, with a cost to build only slightly higher” at about $850,000. “Given the higher sales volume and 50 percent higher digital mix [about 27 percent], we believe restaurant-level margins would be in the mid-25 percent range or higher, compared with the system average of around 21 percent,” he wrote. "This suggests cash-on-cash returns north of 80 percent for Chipotlane units and strongly supporting the decision to prioritize these units going forward.”

Chipotlanes don’t have menuboards and guests can’t order at a pull-up spot. Customers place mobile orders and then roll up to grab their orders without having to go inside the restaurant. It’s an effective tool for third-party delivery drivers as well. Delivery is live at more than 97 percent of Chipotle units currently. 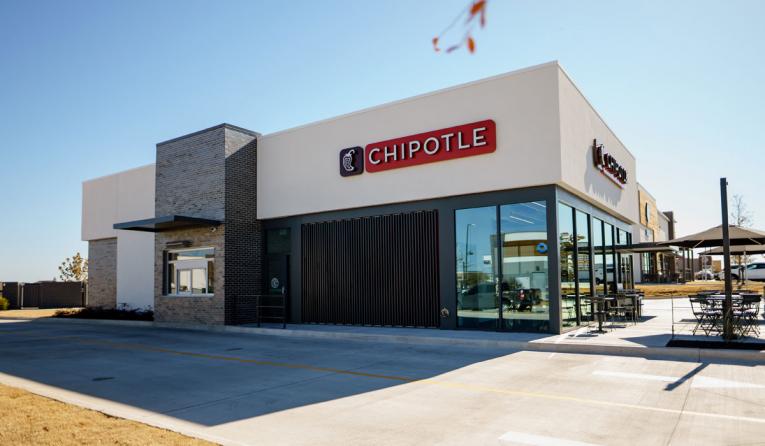 Chipotlanes are key for delivery drivers as well as customers.

The digital boom really ignited for the brand in the first quarter of fiscal 2019 when same-store sales lifted 9.9 percent versus the year-ago period. But the headliner was a 100.7 percent spike in comparable digital sales, up to 15.7 percent of total mix—a major leap from the 12.9 percent number the previous quarter. To that point, Chipotle’s digital sales totaled $206 million in the quarter as it averaged more than a million digital transactions per week. And that’s only grown since. Digital represented $257 million in Q3 as same-store sales surged 11 percent on quarterly revenue of $1.4 billion, up 14.6 percent from last year. Comparable transaction growth rose 7.5 percent to raise the top-line figure from a healthy perch.

To put this in perspective, Chipotle collected $262 million in digital sales in Q2 (a period it rose 99 percent, year-over-year). That was more than the brand produced in all of 2016.

Chipotle said Thursday the new restaurant design will also emulate its commitment to transparency. Open views and front-row seating will provide direct lines of sight into the kitchen. The open nature of the design, the company said, will increase communication and “foster a sense of community with the restaurants.”

Also, bottled beverages will be more accessible with a customer-facing reach-in cooler built into the serving line.

"While we are staying true to Chipotle's heritage, we are also excited to integrate new, innovative physical features into the restaurant that complement our growing digital business," said Tabassum Zalotrawala, chief development officer, in a statement. "Our eco-friendly, natural aesthetic and locally sourced approach to this design builds on our strong brand values and mission of cultivating a better world." 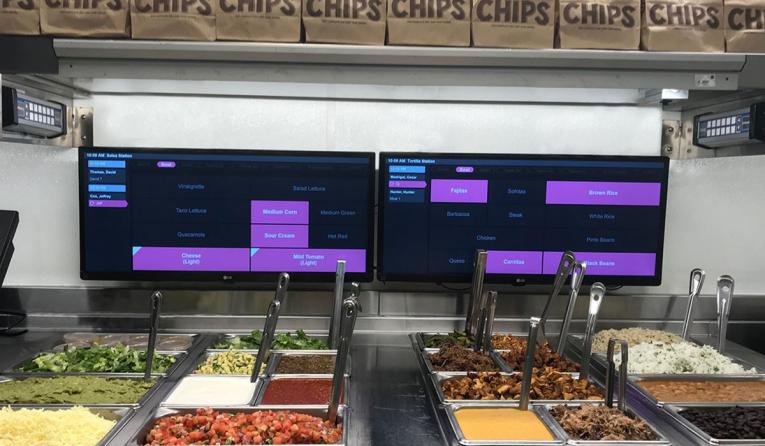 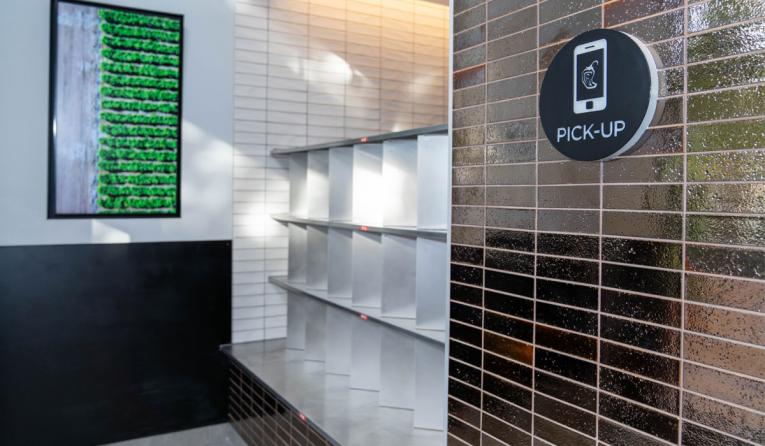 Chipotle's pick-up shelves for digital orders have rolled out systemwide.

It’s been a strong run for Chipotle of late. Here’s a look at same-store sales trends:

When the brand hit double digits in Q2 it marked the best performance in more than two years. And Chipotle has put together seven consecutive periods of accelerating comps.

In March, Chipotle rolled out its new Chipotle Rewards loyalty program nationally as well. Guests earn 10 points for every $1 spent in the restaurant, online, or in the app, with 1,250 points resulting in a free entrée. By the end of Q3, there were 7 million enrolled members, including 2 million new members in just the last period.