The chicken fast casual is hiring new executives and building a better website.

As part of the plan, the fast casual is targeting DMAs in the Western U.S., including Colorado, New Mexico, parts of Texas, and its home base of California. The goal is to open as many as 140 new restaurants in the West over the next five years.

In the months since those plans were revealed, El Pollo signed an agreement with TWS Restaurant Corporation—which already operates 27 stores—to debut nine units across Northern California.

To Larry Roberts, who was recently promoted to CEO, these actions fell short of development goals.

“Clearly, our message is not getting out there as effectively as we would like,” Roberts said during the brand’s Q4 and 2021 earnings call.

What message would Roberts like to get across? It’s the fact system restaurant volumes now average more than $2 million and, as of February 23, comp sales increased 7.4 percent, year-over-year, including 11.2 percent for franchisees. Or maybe that El Pollo is in the beginning stages of rolling out an evolved prototype that displays the chain’s deep history with L.A.-Mex culture and seamlessly integrates a host of digital channels, including GPS-enabled curbside and a dedicated pickup fixture.

In response to development underperforming expectations, El Pollo is bolstering efforts to attract quality franchisees. The chain added a senior vice president of franchising in the fourth quarter and is in the process of hiring a director of franchise sales who will be solely focused on recruiting new operators. The company is also creating a fresh franchising website featuring print and video marketing materials.

The fast casual will broaden efforts to include larger, multi-concept franchisees, in addition to mid-scale operators, and senior management will be involved earlier in the recruiting process, like attendance at various conventions.

“We expect these improvements will be completed by the end of the first quarter and are confident that we will make strides in our franchise efforts during the current year,” Roberts said.

El Pollo finished 2021 with 480 restaurants—189 company-owned and 291 franchises. In 2022, the brand expects to debut three to six new corporate stores and six to 10 franchised restaurants and remodel 10-20 corporate units and 20-30 franchises.

The shift in franchising strategy is one of many changes Roberts is hoping to implement in the coming months.

One of the priorities is to realign brand messaging, which the CEO described as inconsistent over the past year. Roberts used the example of El Pollo’s promotion of Double Loaded Nachos, in which the brand satirically denounced the indecency of naked tortilla chips and ran TV spots with naked people.

Going forward, he wants El Pollo to lean further into its L.A-Mex culture and reach younger consumers while maintaining the core customer base. A major part of that process is enhancing menu innovation; the company recently added resources to elevate how the product development team screens, tests, and launches new concepts.

“I wouldn't say a huge, huge shift, but it is getting back to the fundamentals of we believe really differentiates the brand," Roberts said.

The brand is looking to get back on track soon with the limited-time Mexican Shredded Beef Birria. Promotion will be focused on the food and “really nothing cute about the advertising.”

“It speaks for itself, and you can already have fun with it just from the dipping, so really looking forward to that,” Roberts said. “And that to me is really where we start getting back to the more consistent advertising, more focus on the brand, the quality of the food. And we want to make sure also all our advertising is when people see the ad, they know it's El Pollo Loco and it doesn't get too far off track from what we've traditionally done.”

As El Pollo folds in these LTOs, the chain is working on a “more robust front-end assessment” of new product offers to make sure they aren’t too complex. The company is also eliminating low-mix menu items and unnecessary ingredients and testing a simplified menu board later in 2022 to improve order accuracy and speed of service.

The cooking process is being evaluated, as well. El Pollo is looking at its most labor-intensive activities to create back-of-house efficiency without affecting quality. For instance, beginning in mid-March, kitchens will use stemless serrano peppers and pre-cut cilantro to reduce preparation activity. As for equipment, the chain is testing a new machine that cuts one to three hours of work when making hot salsa.

Roberts also wants El Pollo to continue building digital and social media efforts. Digital mixes 11-12 percent, up from 10 percent at the end of 2020. The company recently expanded its digital team and is in the process of deploying a comprehensive go-to-market plan that will integrate TV, social, and digital media channels to deliver coordinated and targeted messages.

Additionally, the fast casual is in the final stages of partnering with a customer intelligence provider to better segment consumer information. 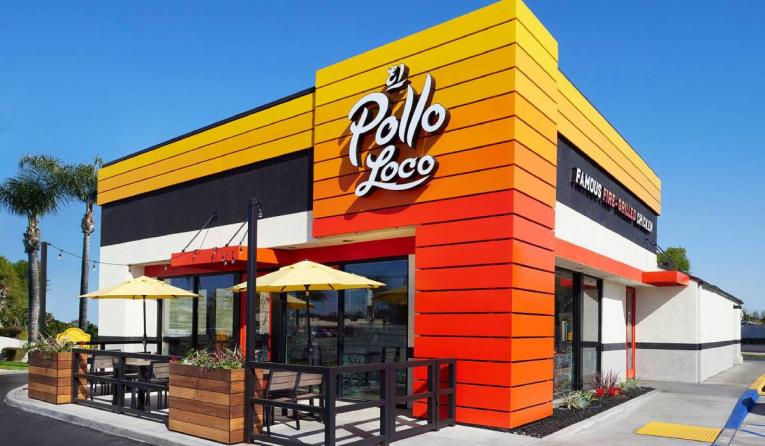 The company carried pricing of 8.2 percent in the first quarter and is about to tack on another 3 percent in March.

Another key pillar is maintaining customer service, and that directly relates to recruitment and retention. In Q4, labor challenges impacted corporate same-store sales by 5 to 6 percentage points, leading to an increase of just 0.3 percent on a two-year basis. Meanwhile, franchise comps grew 17.9 percent on a two-year stack.

Throughout the quarter, area leaders were tasked with speaking to team members during site visits, build relationships, and learn about their career interests. In November, El Pollo launched its first Employee Appreciation Month, including an engagement survey to tap into the minds of workers.

The brand was making progress on the labor front until Omicron hit the U.S. in December. However, three months into 2022, the variant’s impact has become negligible, Roberts said. Application flow is growing, turnover is decreasing, and just a handful of restaurants have reduced operating hours.

In addition to staffing initiatives at the hourly level, El Pollo is cultivating the leadership skills of area leaders and general managers by hosting monthly development days at its support center.

“Despite the challenges we have faced over the past two years, I truly believe that our El Pollo Loco brand is stronger than ever,” Roberts said.

Food and paper costs as a percentage of company restaurant sales increased 80 basis points year-over-year to 27.2 percent because of higher commodity costs and investment in new packaging. El Pollo expects commodity inflation of roughly 18 percent in Q1, but that should decline throughout 2022 as the prices of boneless chicken, avocado and other products fall from current highs.

Labor as a percentage of company sales dropped 10 basis points to 32.3 percent versus 2020 because of higher menu prices and the lapping of COVID-related costs. In Q1, wage inflation is projected to be about 6 percent. Through February 22, El Pollo has spent $2.2 million on COVID-related expenses, like leave of absence and overtime pay.

The company carried pricing of 8.2 percent in the first quarter and is about to tack on another 3 percent in March.

“I'd also highlight on top of the pricing, I mean, the entire organization is looking at how else do we improve margins in the business, and that's everything from relooking at the makeup of products that we have, relooking on the menu and what we provide in our combo meals and things, looking at the types of ingredients that we use,” Roberts said. “So there's a lot of work going on to see how we might improve our margins across the board. So at the same time, what we want to be really, really careful about is, don't do anything to jeopardize the quality of the food.”

Is Vertical, Soilless Farming the Future of Food?
Employee Retention: The Root to Restaurant Growth in 2022
The Power of Customer Zone Merchandising for Restaurants

Out of COVID, Restaurants Race to Franchising Sector
How Hopdoddy is Growing Through Acquisitions and Conversions
Southern Grounds is Out to Disrupt the Coffee Sector

Why is Guest Satisfaction Declining for Restaurants?
Will Starbucks' Sales Suffer from Union Battle?
The Changing Life of a Restaurant CMO