Sweetberry Bowls is off to a fast start. But it didn't come without some hard lessons.
Fast Casual | January 2020 | Danny Klein

Sweetberry Bowls has big plans ahead.

In today’s saturated fast-casual market, expanding to 19 locations in just two years is no small feat. Sweetberry debuted as a lone store in Florida and has since opened 14 company-owned stores and five franchises along the East Coast. And since kicking off a franchising program in September 2018, the fast casual has collected more than 1,300 inquiries from potential operators across the country, it said.

The goal for Saran, who runs restaurants himself still, is to take Sweetberry coast to coast and eventually international. He says the brand strikes a sweetspot (no pun intended) in the better-for-you arena, with açai bowls accounting for about 50 percent of its sales. The chain targets millennials and younger (13–30 years old) and has enjoyed steady traffic from high school and college kids.

READ MORE: Sweetberry Bowls gets off to a fast start

Saran took some time to chat with QSR about Sweetberry’s success to date, and the lessons he would give a restaurateur hoping to scale in an ever-crowded market.

Firstly, talk about the brand and how you got started. Where did you see opportunity in the market?

After stepping away from another restaurant concept in 2017, I knew that I wanted to continue my mission of bringing healthy foods to local communities, so I launched Sweetberry. Originally, Sweetberry was an açai bowl concept because I saw a huge demand in that space. Overtime, we expanded our menu to include smoothies, salads, wraps and more.

In October 2017, we opened our first store in Florida. I had a few colleagues in New Jersey, Florida and Chicago, who were all interested in helping to launch the concept. A lot of people wanted to get involved from the start. Together, we went on a frenzy to find store locations, and our Florida location happened to open first. After Florida, we looked at a number of spaces in New Jersey, where I’m based, and expanded there.

Was Sweetberry founded as a growth concept from day one? In other words, did you envision scalability from the outset or did that develop in time?

Sweetberry was a growth concept from the beginning. I always knew that I wanted to scale, and scale quickly, and I was confident that we could. My initial strategy was to open 12 corporate stores, then move into franchising. We ended up opening 13 corporate stores instead. 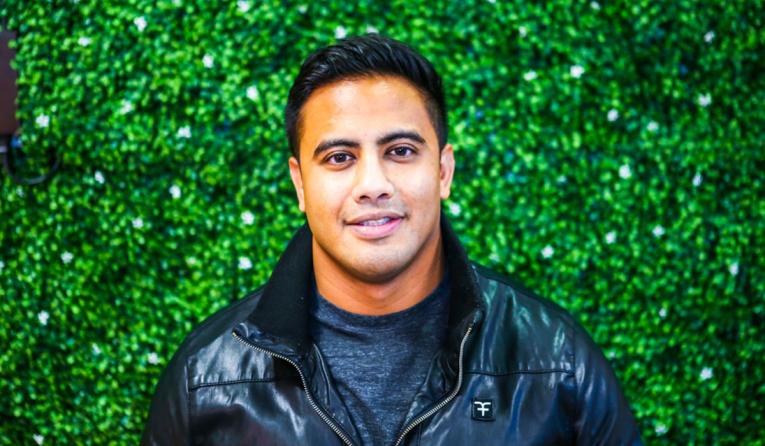 "Today, consumers rely heavily on delivery, online orders and catering, so it helps to have a concept that is optimized for orders going out," CEO and founder Desi Saran says,

When you first started to grow the brand, where did you begin? What were the most important elements?

When I first started, one key element to growing my business was making sure that I brought the right people on board. A lot of initial investors became operating officers, and many of them gave up everything to go all in with me. Having the right people in your corner is essential because you can’t do it alone.

What were some lessons you learned in the early days?

One of the biggest lessons I’ve learned, ironically, is to pace yourself when you’re scaling your business. We spent a lot of money on construction and build out initially. Somehow, we pulled it off, but we experienced some growing pains, which included having limited resources at certain points. We were ambitious, which was a great thing, but I didn’t fully understand how scaling quickly would impact myself, my team and the entire company. I learned that you must have certain systems in place to support that level of growth, or else you won’t be able to sustain it.

As CEO, I directly oversee all 20 Sweetberry locations, which can be challenging. It comes with the territory, but these are the things you have to think about. When you scale a company, you want to create a steady line of growth that you can actually control. Now, in our third year, we are taking a step back and slowing down. We are shifting our focus to franchise locations and have a goal of opening 10 a year, if that.

What was your biggest mistake?

One of my biggest mistakes was not always having the proper resources and plans in place to support our goals. In the beginning, we were shooting from the hip. It was like, “lets open these stores and see what happens.” We pulled it off, but we found ourselves spread pretty thin because we were a small team, attempting to manage a company that was bursting at the seams. We had to grind through it.

In general, what would you say is the biggest misstep new restaurateurs make when they’re trying to expand?

One of the biggest mistakes new restaurateurs make is not choosing the best possible location for their concept. Your rent is typically your biggest expense, so you must be cautious about selecting the right location for your model. Also, you must have a clear understanding of your sales and finances, because once you expand, you have to be accurate. That will predict how much you can spend.

Early on, we were picking blindly on location. There were locations I thought would be great and they weren’t, and others I thought would suck, and they actually ended up being some of my top performing stores. Now, we look for really strong co-tenants and co-anchors based on patterns. For example, we like to be near gyms and grocery stores due to their ability to bring in high traffic. We know that historically, in those spaces we do pretty well.

We also know that our model operates well in smaller spaces, which keeps costs down. Today, consumers rely heavily on delivery, online orders and catering, so it helps to have a concept that is optimized for orders going out.

How has tech played a role in expansion? Has it helped with compliance across a multi-unit system?

I actually come from a tech start up background and I’m a big tech advocate.  I’ve incorporated tech into virtually every aspect of the company. For example, my team uses Slack to communicate daily and in real time, which has been a game changer. We also use tech for creating our work schedules, for our supply chain, to show inventory purchases and more. Additionally, we use AI to boost customer support. When a customer calls or messengers us through the web, AI helps to answer their inquiries.

On the employee side, many of our in-store workers are millennials (18- to 22-year-olds) who are surrounded by tech, social media, the internet, etc.  Incorporating these tech tools helps us to connect with them. I also find tech to be an added value to franchisees because having effective tech tools for business are a huge selling point.

What advice would you give a restaurateur who believes their concept has scalable potential? What do you look for?

My first piece of advice is, get good mentors and advisors in your corner. Find an experienced mentor who has opened multiple restaurants and can share their knowledge and expertise with you.

Next, take some time out to really understand your concept and model. You should know your financials inside and out, as well as who your customer demo is. This will largely impact multiple aspects of your business.

Lastly, being able to scale your business is always the goal, but don’t grow too quickly. Pace yourself.

How big can Sweetberry become?

I see Sweetberry becoming an international brand. We’ve received interest from overseas, and this is something we plan to explore in the future. Our model is easy. We cater to people who want to eat healthy, and we can modify our menu to appeal to consumers in various markets. With that said, taking the company international will be a natural progression for Sweetberry. We’ve successfully proven our concept with the opening of 20 locations here in the U.S. in just two years, so we’re definitely here to stay.