In 2010, Tomo Takahashi came to the U.S. with the goal of elevating ramen to the likes of hamburgers and pizza.

The dream became reality through the domestic debut of JINYA Ramen Bar in Studio City, California. The brand has since expanded to roughly 40 locations across more than a dozen states and Washington, D.C.

During that growth, the company ensured ramen and the rest of the menu were as accessible to the everyday consumer as possible. So when a JINYA Ramen Bar faced difficulties in 2018 due to a smaller kitchen space, the restaurant simply adapted to a condensed fast-casual version called bushi by JINYA.

And when an unprecedented global pandemic shut down dining rooms nationwide, the brand pivoted even further by transforming bushi into an off-premises-only format. As of January, the concept had two California-based locations—one in Glendora, and another in Westwood.

“As we fought to adapt to consumer needs and industry trends, the crisis ended up being the nudge we needed to reinvent our concept while still holding true to our vision of serving bold Japanese flavors to more of the world,” Takahashi told QSR in October.

Twelve years after Takahashi planted his first restaurant flag in the U.S., the industry innovator now has two concepts primed for franchise growth over the next few years, both in the full-service and fast-casual segments. The pair fall under parent company JINYA Holdings, which also owns Robata JINYA, JINYA Ramen Express.

Mike LaRue, vice president of franchise sales, says the perception from many developers is that JINYA prefers markets that skew Asian, but that’s far from the case—it’s the complete opposite, actually.

“When [Takahashi] came here, his whole idea was to obviously introduce ramen—the way it's done in Japan—to the United States, but doing so in a manner that attracts more of the American demographic,” LaRue says. 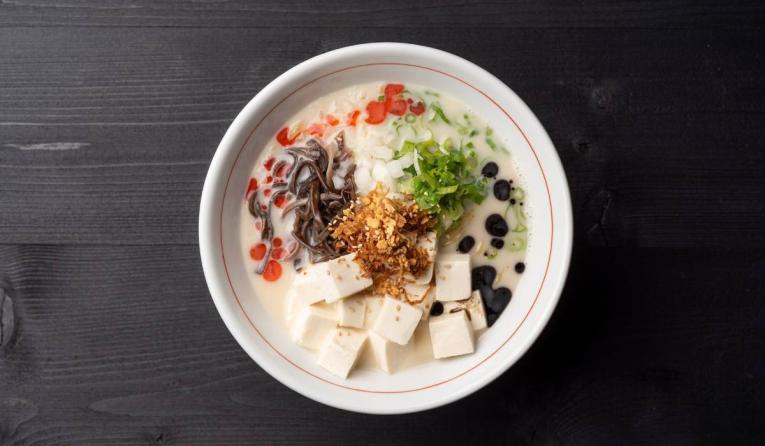 The technological differences are notable, as well. JINYA Ramen Bar, which offers a more traditional, dine-in experience, didn’t have online ordering at every location prior to the pandemic.

In comparison, bushi is built with QR code ordering and will eventually incorporate self-ordering kiosks, all in an effort to leverage less labor. The idea is that someone would float between the kitchen and front counter instead of standing at the cash register.

“All those things in mind, [Takahashi] just was thinking ahead with the pandemic and everything else, right?” says marketing director Justin Bartek. “We want to make it as easy as possible. Then with our customer groups, they're tied to their phones anyway, the people we’re targeting. So it actually works pretty well.”

Based on executed leases, JINYA Ramen Bar will open 12–15 restaurants in 2022, LaRue says, but aggressive pipelines from some franchisees could add to that total. Currently, the Northeast and Southeast are major targets, in places where Gen Z and millennial age groups “eat, shop, play, and entertain,” as LaRue puts it. Because the concept is able to generate a significant amount of volume in 2,500–3,000 square feet, he adds, landlords are eager to strike deals.

“We're getting pitched new developments with some of the bigger developers in the country,” LaRue says. “That has led to some new opportunities in new markets. But again, we're all over the country, and we don't specifically go out and target certain markets. We follow where the strong operators are, and obviously those who are interested in developing JINYA.”

As for bushi, about five units are planned this year. Think: airports, college campuses, military bases, and food halls. For instance, the bushi location in Glendora is housed in 19,000-square-foot food hall Glendora Public Market, and the Westwood unit is part of a Kitchen United ghost kitchen operation in a Ralphs supermarket.

Even though malls are declining (Coresight Research predicted 25 percent will shut down within five years), LaRue says big developers are still pushing food court spots at the premium, A-rated malls.

Takahashi told QSR that his ultimate goal was to open 100 bushi outlets by 2024. While lofty, the objective is still feasible, LaRue says, because the concept requires minimal capital expenditures and franchisees have the requisite infrastructure to open quickly and efficiently.

“Based off current opportunities that our current franchisees are looking at, in addition to new franchisee growth specific to these nontraditional locations, I think 100 is aggressive. But from a corporate standpoint, we do have the infrastructure to grow with that and to be able to support that,” he says. “I think it's a good target to get close to it. I think we'll still be in a very good position.” 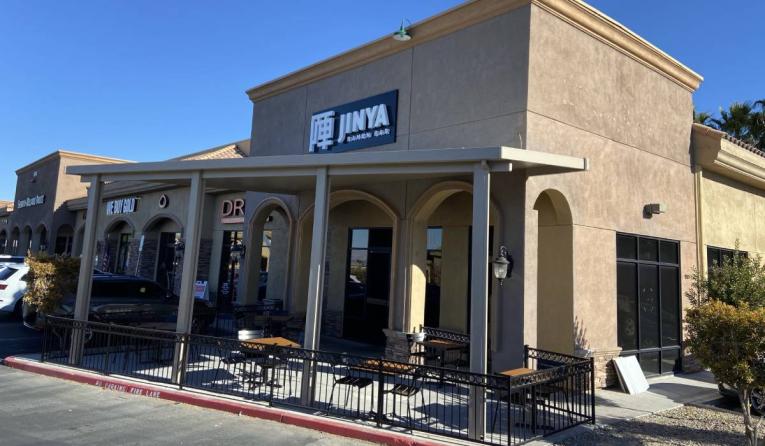 Throughout 2021, JINYA added partners to support its franchise growth push. Last April, the company announced an agreement with FranFast. The management suite features a franchise development manager to accelerate recruitment, a new store tracker to streamline the opening process, a compliance tracker to monitor the franchise network, and a franchisee solution to assist with accounts management, royalty reporting, and other items.

As the restaurant company and REAL search for the best sites, they will do so knowing bushi and JINYA Ramen Bar can operate in the same market.

“When you look at nontraditional locations, those typically have captive audiences and aren't necessarily going to affect if [an operator] were to do JINYA Ramen Bar outside of that centric little area,” LaRue says. “We actually were looking at a scenario right now where it's a pretty high-end mall, and we're looking at doing a JINYA Ramen Bar outside of the mall and then an actual bushi within the mall and its food court.”

The ramen concept is among a growing list of brands operating in both the full-service and fast-casual space, including Buffalo Wild Wings, IHOP, Hooters, and P.F. Chang’s, with much of the growth coming from the quick-service segment. Hoots Wings, the limited-service version of Hooters, signed multiple franchise deals in 2021, including a 60-unit agreement in Texas. P.F. Chang’s plans to have more than 50 To Go locations, including Colorado, Florida, Texas, New York, Louisiana, Nevada, and Arizona, by the end of 2022.

For JINYA, the operating expertise required to execute either brand is what one would typically think of; JINYA Ramen Bar needs franchisees familiar with running more labor-intensive, full-service restaurants and bushi would benefit from nontraditional experience or tech-forward mindsets. In some cases, LaRue says, there’s interest to own both concepts.

From an overarching perspective, beyond the operational differences, JINYA Ramen Bar and bushi are about giving consumers an elevated ramen experience, Bartek says.

Why is Guest Satisfaction Declining for Restaurants?
Robots in Restaurants—No Longer Just a Fantasy
How Restaurants Can Win the Delivery-Only Game

Culver’s is Ready to Share its Wisconsin Roots Across America
The National Restaurant Association Show: It’s Great To Be Back
'Unlimited Sip Club' Drives Record App Activity for Panera

Popeyes at 50 Has Never Looked Better
Are Higher Prices Catching Up to Restaurants?
How to Make Better Pricing Decisions for Your Restaurant: Part 5