Jerry DePizzo has a steady gig as member of massively popular rock band O.A.R. But he's also going all in on an Ohio-based burrito concept.
Fast Casual | October 2019 | Sam Oches

There are plenty of foodservice entrepreneurs who split their time between a restaurant company and another gig. But few can lay claim to a side hustle quite like Jerry DePizzo’s.

DePizzo is a core member of the multiplatinum band O.A.R., a massively popular rock outfit that’s put out 10 records in 20-plus years. But even while O.A.R. is still going strong on the national circuit, DePizzo is also building an Ohio-based fast-casual burrito concept.

In the midst of a busy touring season, DePizzo and his business partner, Matt Crumpton, bought Big Mamma’s Burritos earlier this year and intend to scale it through both franchised and corporate locations. The appeal of the concept, DePizzo says, was the alternative it offered on the burrito experience, with very un-burrito-like signature items like the Chipotle Ranch, Club, Philly, and Chili burritos.

“That’s what I really dug about Big Mamma’s: It wasn’t a traditional Mexican interpretation of a burrito,” he says. “It was a burrito with a twist. Surprisingly delightful, is what we’re trying to coin. It’s taking some things like a Philly cheesesteak and putting it in a burrito, or we’ll take a club sandwich that everyone knows and loves and do that as well.” 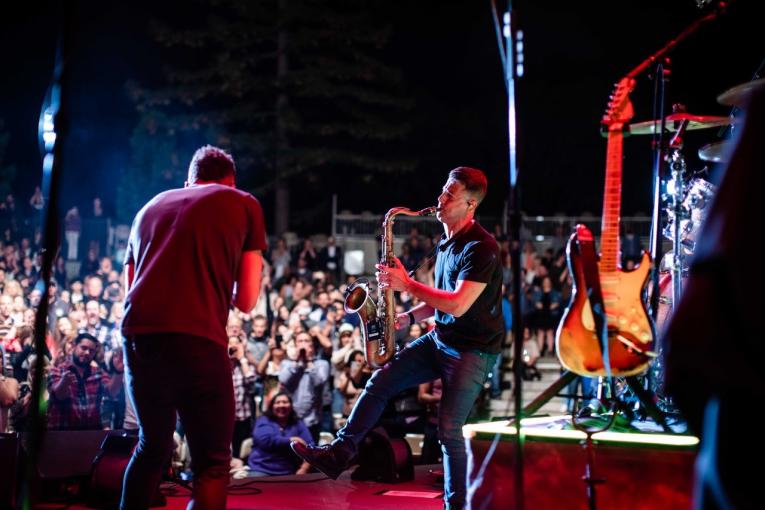 Big Mamma’s opened in Athens, Ohio, in 2005, just a short walk from the Ohio University campus. After building a cult following with students and locals alike—even while competing with a Chipotle across the street—it opened a second location in Columbus, Ohio, in 2016.

Crumpton, an Ohio alum, previously owned and served as president and CEO of D.P. Dough, a calzone quick-serve franchise with locations in 19 states. DePizzo came onboard in 2013, first as an investor behind a Columbus D.P. Dough location and later as the brand’s director of growth.

The business partners sold D.P. Dough to Eric Cook, founder of calzone competitor Calios, in May (Calios locations converted to D.P. Dough after the sale). DePizzo and Crumpton wanted to join forces in building up another concept, and approached Big Mamma’s founder Quinn Schaller about purchasing the brand.

They took over Big Mamma’s in February, and have set about improving the two existing locations. That included store remodels, rebranding, and enhancing the ingredient quality.

“Basically, it was taking the concept that folks know and love and really operationalizing it, standardizing it, and using better ingredients,” DePizzo says.

So far, the menu has stayed the same, featuring a dozen signature items that can be served as a burrito, salad, nachos, or over rice. Guests can also build their own dish, and can order chips on the side with guacamole, salsa, or cheese.

The sale of Big Mamma’s also came with a beer shop adjacent to the original restaurant. Brew Craft & Carryout offers “beer, smokes, snacks, drinks, and essentials,” and is open daily until 2 or 3 a.m., just like the restaurants. 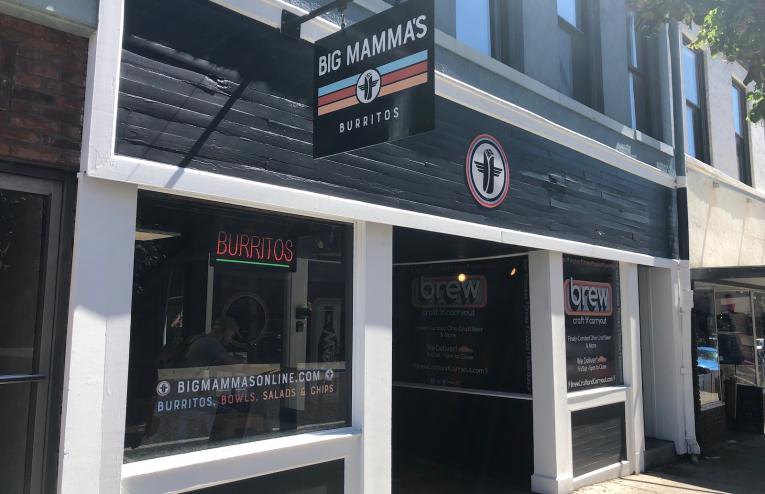 Big Mamma's first opened in Athens, Ohio, in 2005, not far from the Ohio University campus.

DePizzo says he and Crumpton are looking for real estate for Big Mamma’s stores Nos. 3 and 4. The goal, he adds, is to establish a presence in cities where loyal Big Mamma’s customers have flocked after graduating from Ohio University.

“Athens is the hub, and that’s really the heartbeat of Big Mamma’s,” he says. “We really want to look at the areas that feed Athens, and then once folks have left Athens and go out and pursue their dreams throughout the world, where are they going? We’re going to look at those areas first.” That includes cities like Cleveland, Columbus, Cincinnati, and Pittsburgh.

All of this is coming during one of O.A.R.’s busiest years. The band formed in 1996 in Maryland and later took off when its members were students at Ohio State University (the point at which DePizzo joined the band). Its 10th album, “The Mighty,” was released in March, and O.A.R. is “having a banner year all the way around,” DePizzo says.

But even though things are “throttled” with O.A.R.—a band especially known for its live performances—DePizzo says there’s plenty he learns from the process that helps him as a foodservice entrepreneur.

“Part of it is just getting after it and understanding the grind of it,” he says. “Rock and roll at its very best is a grinding business. If you’re the absolute best in the world, you get to do it again the next night. … That aspect has certainly served me well as a small-business owner on the restaurant side of things—being able to think out of the box and creatively in different situations.”

Plus, in foodservice and rock and roll alike, success is only found if you can build up a solid fan base.

“Whether you’re O.A.R. or Bob Dylan, or D.P. Dough or Big Mamma’s, you’re still trying to create stuff that resonates with your audience, which will translate hopefully into a sale,” DePizzo says. “That stuff is fun.”