We traveled to the industry's biggest annual event to talk with executives about what keeps them up at night, what they're most excited about, and where the industry goes from here.
Fast Casual | May 2019 | Sam Oches

The annual National Restaurant Association Show is a rite of passage for anyone even remotely connected to the foodservice world. Some 60,000 people attend the four-day event, descending on Chicago's McCormick Place every May for new product ideas, vendor conversations, programming, and plenty of networking in between.

While the products and services on display are of great service to restaurant professionals, it's the access to high-level industry influencers that often presents the greatest value (particularly to those of us in the media). And this year at the NRA Show, we sat down with several limited-service restaurant executives to get their take on the state of the industry, the biggest challenges facing operators, and the path forward in a tech-friendly world, recording these interviews for our podcast, "Fast Forward."

We'll be rolling out the conversations with the experts over the coming two weeks, so be sure to check back for additional episodes as they debut. You can also subscribe to "Fast Forward" on iTunes, Spotify, Stitcher, Google Play, or wherever you listen to podcasts to access each episode as it's released, along with other conversations with fast-casual founders and entrepreneurs. 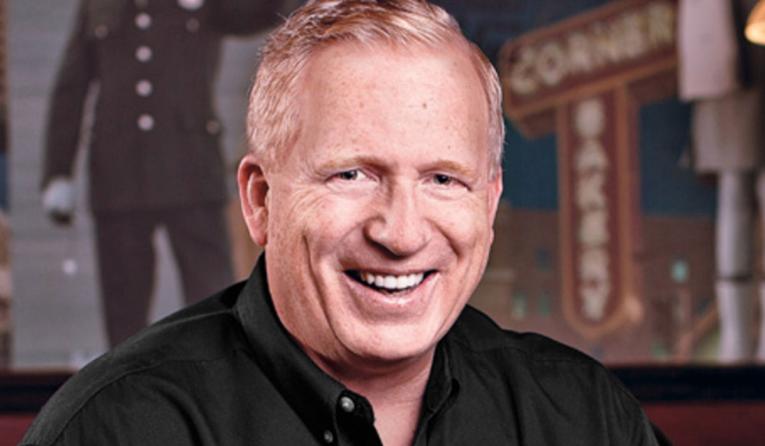 The explosion in off-premises business was on everyone’s minds at the annual National Restaurant Association Show, held May 18–21 in Chicago. That was especially true of Frank Paci, CEO of Dallas-based fast casual Corner Bakery.

The chief executive—who previously led companies such as Einstein Noah Restaurant Group and McAlister’s Deli before taking the reins at Corner Bakery in 2015—says the growth in off-premises dining is presenting an opportunity to stand out in a crowded fast-casual field.

“It’s a very competitive marketplace. Unless you’re doing something different or better, you’re not going to win,” he says. “So our goal is to figure out how to get better, but do it on a basis that is replicable and doesn’t take a huge amount of labor to do it.”

Corner Bakery is no stranger to off-premises; Paci says catering accounts for over 25 percent of its business, and the brand delivers catering orders itself with company-owned vans. This gave it a leg up when the third-party delivery services took off a few years ago.

“We’ve been in the food delivery business for a long time, just more in the large order than small order business,” he says.

Today, Corner Bakery partners with DoorDash and Grubhub for delivery, with Uber Eats coming online soon. Paci says data shows that delivery services tend to be more popular in higher-income markets, which happens to be where most Corner Bakery restaurants are located. The decision to do third-party delivery wasn’t a challenging one, but he says its growth has been much faster than he’d anticipated.

This ongoing increase in off-premises business, Paci says, has forced Corner Bakery to rethink its model. For starters, the company is looking more at smaller footprints as a bigger share of the business is consumed off-site. Whereas previous locations averaged around 4,000 square feet, he says some franchisees have started looking at footprints that are more around 2,000 square feet.

In addition, Corner Bakery is now adding drive thrus. While it’s inherently a different experience than that of a quick serve—speed of service will be important but not critical as customers understand it takes time to serve higher-quality food—the foundation of the brand’s drive thru will be similar to that of a brand like Culver’s, Paci says, with payment not occurring until the customer picks up the food.

He adds that the common theme behind all of these recent moves is convenience, as well as the customer’s ongoing demand to get food how they want it, when they want it, and where they want it. 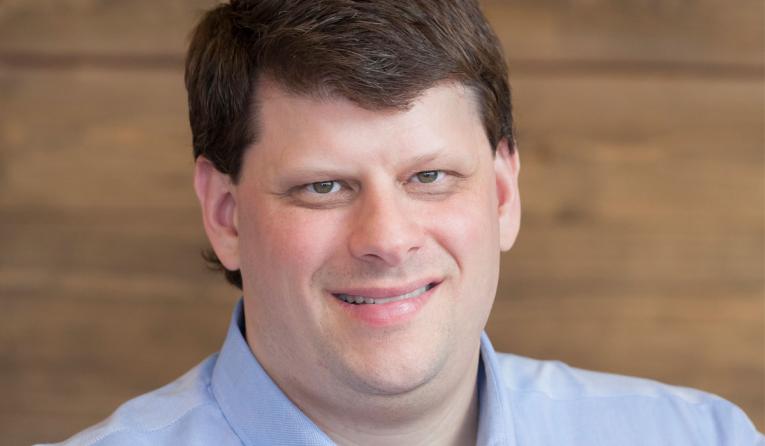 Charles Watson has only been CEO of Tropical Smoothie for about 6 months, but he’s already got his sights on the next decade for the smoothie franchise concept.

The chief executive, who replaced Mike Rotondo on an interim basis in 2018 after Rotondo took the CEO role at Edible Arrangements, had the interim tag removed in January. The company announced at the time that it was targeting 1,500 locations and $1 billion in sales by 2023—essentially doubling each metric as it stands today.

But if Watson is intimidated, he didn’t show it during a podcast interview with QSR at the recent National Restaurant Association Show in Chicago.

“This brand is just getting started because the baseline of growth is there, the pipeline is there, AUV is climbing,” he says. “Now is the time to make the changes and the investments we need for the next 10 years.”

Many of those investments, he says, need to be technology related. He joins the chorus of industry voices who are concerned about third-party delivery services and making sure the off-premises growth works to the advantage of the business. He says his primary goal is to provide “optionality” for his franchisees, providing them with the ability to choose vendors best suited to improving their businesses.

Not participating in these emerging services, he adds, isn’t an option. He says the company has to explore every new channel where the customer is active. Watson, who previously spent time in hotels at Intercontinental and Wyndham Hotels & Resorts, compares it to when third-party services like Expedia started affecting that industry.

“If you’re not on the shelf, the consumer isn’t going to buy from you,” he says.

While Tropical Smoothie Café has growth momentum, a combination of factors—ranging from the economy to labor issues and more—will create stiff headwinds for the overall industry in the coming 24–36 months, Watson adds.

“I do think we get kicked in the teeth a bit for the next 24 months,” he says. “We will get through it, but … what are the things on the back end that allow the franchisee to effectively and efficiently operate their business? We’ve got to find those quick.” 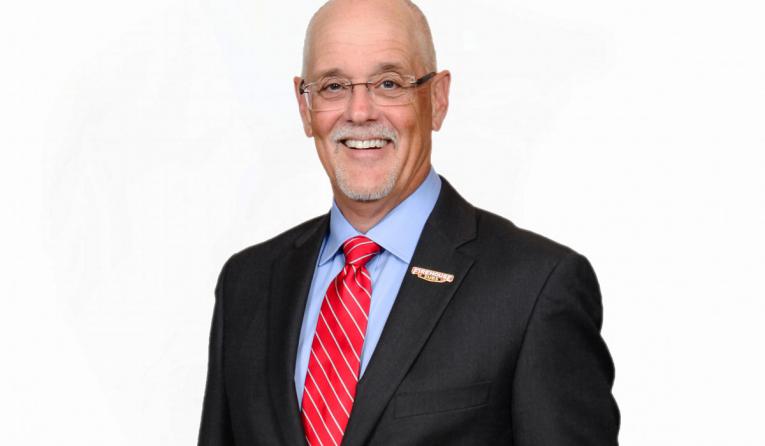 Executives of major chains will tell you that one of the major challenges in growing a national concept is maintaining its culture and values as it grows.

And in today’s restaurant world, where companies are increasingly handing their experience to third-party partners and consumers are increasingly wanting to consume their meals offsite or on the go, it’s especially hard to ensure a consistent brand culture.

Imagine, then, the challenge facing Don Fox, CEO of the nearly-1,200-unit Firehouse Subs. The company, which is celebrating its 25th anniversary in 2019, was founded by two firefighter brothers, Chris and Robin Sorensen, and has at its core a deep commitment to the first-responder community. That’s seen in the restaurants—photos of local firehouses, firefighting gear, and murals of firefighters grace every store—but it’s also seen in the company’s Public Safety Foundation, which has raised more than $42 million since its inception to support first responders across the U.S.

Fox, who has been with the company since 2003 and CEO since 2009, is tasked with making sure that deep commitment never wavers, even as the company continues to expand across the country.

“One of the key things I've got to do is to make sure that that culture that the founders had in place from day one … continues just as strong, if not stronger in many respects,” Fox told QSR during an interview for the “Fast Forward” podcast at the recent National Restaurant Association Show. “When you're growing the way we are, that's one of the big challenges. When the culture breaks down, when it's a bad culture within an organization, that is really, really difficult to get turned back around.”

As with most operators in foodservice today, Fox is trying to successfully navigate the growth of off-premises dining and third-party delivery. He says it’s a particular challenge for Firehouse Subs because the brand has long thrived with dine-in business; whereas more than 50 percent of its guest visits used to be dine-in, that number has since declined and is now less than half.

“The way I frame that topic is not to really talk about the growth of off-premises. The real fundamental issue—and this may sound like semantics, but it's not—is the decline in dine-in business,” he says. “That's the of the root issue. Consumer behavior is shifting for reasons that I don't think have been studied well enough yet even to quantify. But it's likely technology-driven more than anything else that's changing consumer behavior, leading to people not wanting to dine in as much as they used to.”

For more from our conversation with Fox—and to learn how he and the company are navigating through the off-premises challenge—stream the “Fast Forward” podcast above or subscribe to the show here.