The fast casual is rapidly bringing the option to stores nationwide.

Shake Shack grabbed headlines in late July when it unveiled “Shack Track,” an enhanced digital order and pickup solution spotlighted by the ability to grab food at drive-up window, walk-up window, curbside, or via in-store pickup shelves. The goal being to nurture a multi-format, diversified portfolio capable of thriving in any climate, including a COVID-19 world where contactless ordering reigns.

Since the announcement, Shake Shack has expanded curbside pickup to nearly 40 percent of all corporate domestic stores, the company said Wednesday. Customers pull up the app, find a nearby store, order ahead for curbside pickup, follow in-app instructions, and park. A Shake Shack employee then brings the food out.

TAKE A LOOK INSIDE THE SHAKE SHACK OF THE FUTURE

The fast casual said it’s seen “tremendous” initial success with the program. Roughly a third of all app orders at eligible stores are curbside.

CEO Randy Garutti said earlier Shake Shack expected about half of its new class of units in 2021 to feature either a drive-up or walk-up window. The remaining would showcase a combination of enhanced interior pickup curbside and/or dedicated delivery courier pickup areas.

In July, Shake Shack tested curbside at 10 stores with plans to expand to 50 by the end of Q3. The chain had 171 domestic company-run stores as of June 24, meaning 68 or so currently feature the option.

Shake Shack expected to retrofit Shack Tracks to at least eight restaurants in the coming months as well. 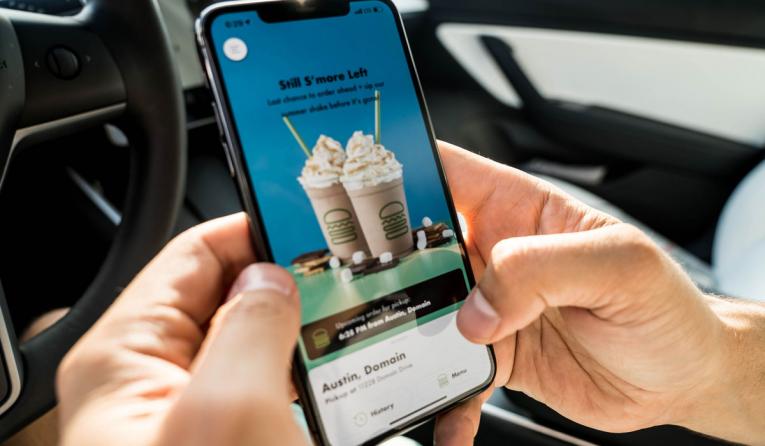 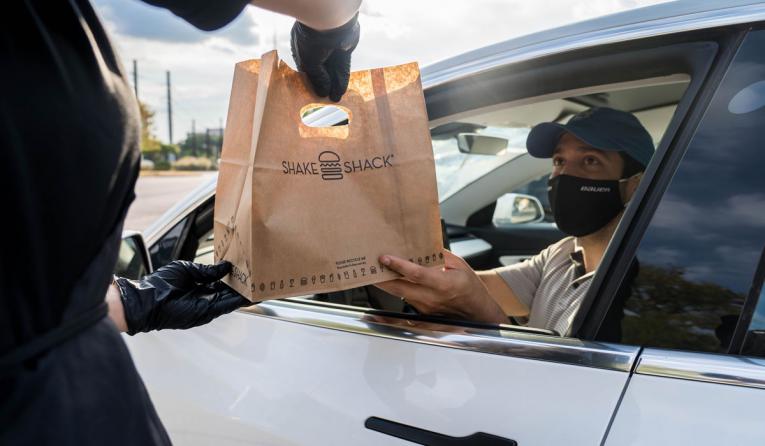 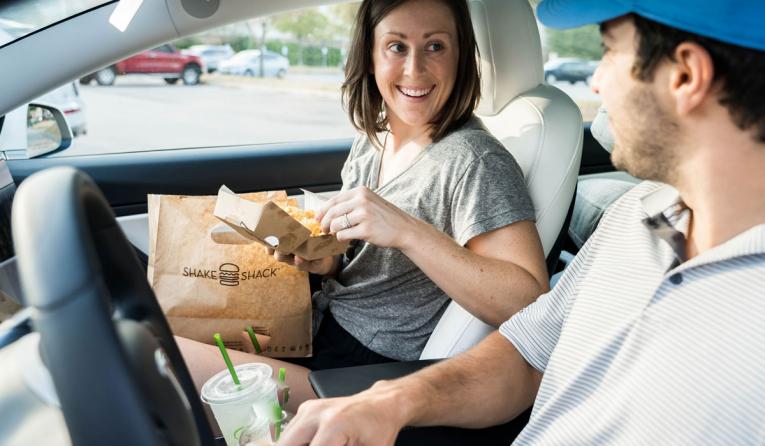 Shake Shack also unveiled in July an upcoming drive-thru model that would be a first for the brand. The rendering boasts three lanes—including one for app pickup and delivery.

During curbside pilots, Shake Shack said usage climbed from 22 percent to 29 percent within two weeks (up to the third of orders seen today). Some were pushing north of 40 percent on app orders. 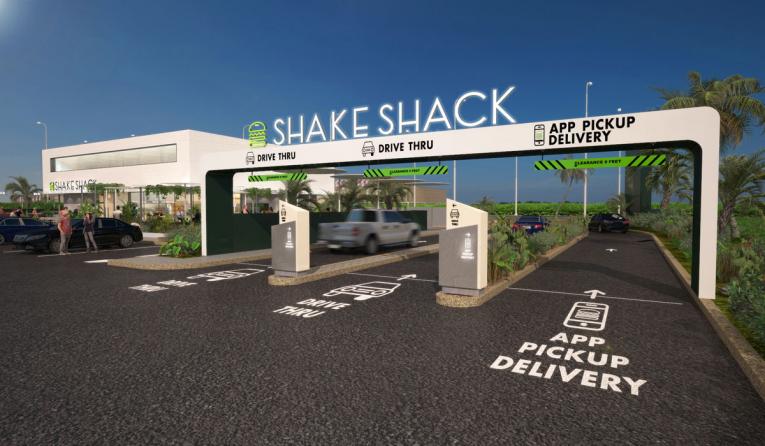 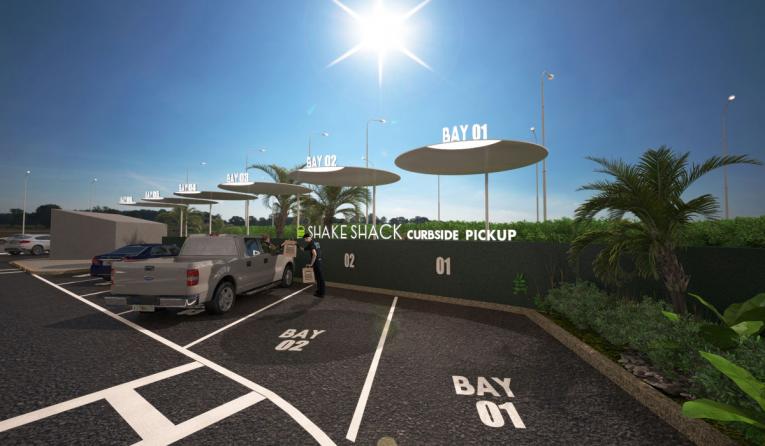 Shake Shack said it’s working on direct delivery through its app, as well as additional pickup and payment functionally. The company is also innovating around marketing technology to optimize conversion through segmentation and delivery of more targeted communication to customers, although no formal loyalty program is planned.

Some menu updates are in the works, too. In the fall, the brand plans to bring back Hot Chick’n, a yearly launch, along with Hot Chick’n Bites and Spicy Fries. It’s also testing a new veggie burger in two restaurants with hopes for expansion next year.