Chipotle believes its digital business can keep the momentum going.

Chipotle chief executive Brian Niccol’s claim the brand was “invisible” when he joined in March 2018 was a valid one. But it’s also now a distant, almost buried point. He was mainly referencing two issues—Chipotle’s reactionary role to food culture, and the fast casual’s lack of awareness on the digital front.

Both are long gone.

This past quarter’s 10 percent lift included a roughly 3.5 percent increase in average check, inclusive of a 2 percent impact in price and a mix contribution of 1.5 percent pushed by digital orders, which carry a higher ticket.

And unlike last year, as the trend above shows, Chipotle was able to build results off solid comps. This has gone from a turnaround story to legitimately asking if Chipotle can keep building momentum to record highs, as its enjoyed on the stock market recently.

Niccol said Tuesday he believes there’s ample runway to go. The company lifted its outlook for the full year. It now expects 2019 full-year same-store sales to rise at a rate in the high single digits, year-over-year—up from its previous forecast in the mid to high single digits.

And digital continues to fuel the optimism. Chipotle grew its digital sales 99 percent versus the comparable period to $262 million during Q2, representing 18.2 percent of total mix. Those numbers were 100.7 percent in Q1 and 15.7 percent, respectively.

To put this into perspective, $262 million was more than Chipotle did in digital sales during all of 2016.

How Chipotle is winning 'the talent crisis'

Chipotle employees can now earn an extra month of pay

Niccol was asked a few times during Tuesday’s conference call whether or not Chipotle can keep sailing upward off digital, especially as it heads into 2020 when these robust figures will start lapping each other. And is this a product of Chipotle bouncing off the bottom of its own lagged innovation or the start of something bigger?

“We believe Chipotle is firing on all cylinders, with digital, delivery, menu innovation, and stronger marketing all coming together to fuel the comp acceleration seen over the past several quarters,” BTIG analyst Peter Saleh wrote in a Wednesday morning note. 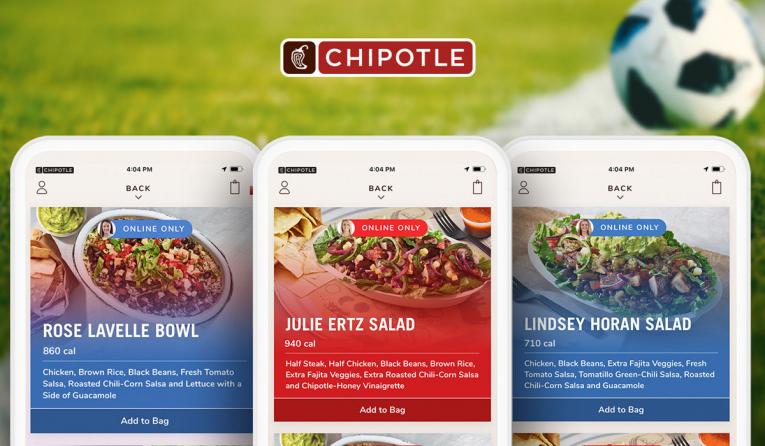 He added sign-ups have come across all frequency bands and Chipotle is just starting to use customer data to more effectively target and engage the incidence of lower frequency and lapsed users. Niccol said early results show members up their frequency after joining. It’s giving Chipotle currency it can use to incentivize behaviors moving forward, and it’s also a key enabler of the company’s entire digital ecosystem.

Chipotle, like many other chains, has broken the base into cohorts and is experimenting with those groups to understand behavior. For instance, if it incentivizes them with points on certain days of the week and specific add-ons, what type of behavior changes does Chipotle see? “The good news is we’ve done a couple,” Niccol said. “We’ve not done a whole lot. And the thing to keep in mind is, last quarter, where were we? I think 2 million, 3 million people. This quarter now, we're closing in on 5 million. So we're still refining the cohorts and then we're also experimenting with each of these cohorts to understand how that impacts their behavior.”

What this all means is that Chiptole’s rewards program will get bigger, the company will fine-tune its cohorts (like light users, for example), and then further drive behaviors that make sense for the customer and also for the Chipotle proposition.

Also, as Saleh points out, Chipotle’s increase in digital sales could allow it to offer features like easy reorder and order profiles to complement the current program. Chipotle could eventually introduce digital order profiles to enable easy reorder, similar to Domino’s. The pizza chain’s platform removes friction from the ordering process and generates loyalty members in response.

Talking about this “digital ecosystem,” Chipotle’s growth is far from a mature business in reality. It’s come a long way, quickly, however. Delivery is now live in more than 95 percent of units. Niccol said the brand continues to see a residual lift in delivery sales that last beyond any promotion. And there’s been “very little” guest overlap between its own in-app delivery and third-party partner apps. It’s been incremental in the 70 percent range, he added.

The brand runs most of its delivery business through DoorDash, although its not exclusive (Postmates and Tapingo are also involved). “The other thing that I'm also really excited about is, there are a lot of people on these third-party platforms that still have not gotten to try Chipotle delivery,” Niccol said. “Even though Chipotle is one of their top delivery partners, there is lots of runway with people that are using these aggregator sites to still have an opportunity to experience the Chipotle delivery experience.”

"We definitely are not, we think, at the top of where this is. We think there’s still lots of room for growth in all aspects of the digital business.” — Brian Niccol, Chipotle CEO.

Chipotle has anchored these initiatives with back-of-the-house operational fixes, like its digital make-lines, which are up and running in nearly 2,000 restaurants. The chain then layered in digital pickup shelves to help customers and delivery drivers. Next came rewards.

“And if you think about the awareness of this total system for our customers, we're still in the early days of those levels of our awareness and utilization. So I think there's opportunities to grow from where we are today on that front,” Niccol said.

One question is, can Chipotle get that digital mix even higher? There are currently 16 restaurants with “Chipotlanes,” or drive-thru windows that serve digital orders (you can’t order from the window). Simply adding another access point for people who order ahead has pushed digital business north of 30 percent in some locations, Niccol said. “And it is driven by just giving people more access, building more awareness, and giving them great experiences.”

“So we definitely are not, we think, at the top of where this is,” he added. “We think there’s still lots of room for growth in all aspects of the digital business.”

One area he pointed to was catering, which is still a relatively small slice of the order-ahead pie.

“As we continue to build awareness, give people more access and get them to understand the occasions that they can use this access for, we’ve been pleased to see where this business can get to, and we’ve got some evidence of getting north of 30 percent,” Niccol said.

Panera Bread and Wingstop boast digital sales mixes of around 33 and 30.2 percent, respectively. Saleh said, “Chipotle is well on its way to increasing digital sales mix to that level, if not above.” He added the digital expansion of nearly 800 basis points suggests “a strong digital offering and pent-up demand from its customer base.”

And on the message standpoint, Chipotle said it spent about 3.3 percent of revenue on marketing in the latest quarter, up from 2.5 percent in the preceding period. Margins improved, though, to 21 percent, beating estimates of 20 percent as the brand raised prices.

Revenue rose 13.2 percent to $1.43 billion, topping estimates of $1.41 billion, according to IBES data from Refinitiv.

Chipotle opened 20 new restaurants in Q2 and plans to debut between 140–150 this year, with a development heavily skewed toward Q4.

“We believe Chipotle remains in the middle stages of its sales and unit economic turnaround with considerable momentum on initiatives like menu innovation, expanding digital sales and stronger marketing. The strength of these initiatives has driven improvement in comparable sales and restaurant margin that we expect to continue as these metrics progress toward their historical levels,” Saleh added. 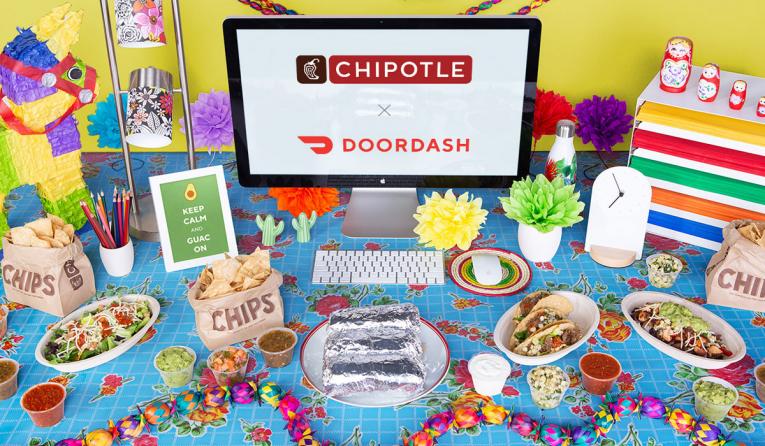 Chipotle's rewards program is up to 5 million members, and growing.

Returning to Niccol’s old comment about a lack of visibility, Chipotle found instant success with its online-exclusive “Lifestyle Bowls,” which remain popular with consumers, he said, and help the brand elevate its core “by developing innovation that leads food culture and meets guest requests.”

But what about future innovation? The Lifestyle Bowls are crafted offerings that smartly make use of current ingredients in fresh ways. Not so different from how Niccol’s old shop, Taco Bell, brings new news to market at times.

He said Chipotle is testing items in various stages of development. The furthest along is carne asada, which is nearing validation through the company’s revamped stage-gate process. In other words, it’s approaching a national launch. “This item is easy to execute operationally, has a unique flavor profile and is receiving terrific customer feedback in our test markets,” Niccol said.

He also spotlighted Chipotle’s ongoing quesadilla pilot. New ovens are improving the quality and could potentially be used for other roll outs, including desserts and nachos. “That being said, we still have some work to do in order to streamline our workflow. As I have stated previously, we are not going to roll out new menu items at the sacrifice of throughput,” Niccol said.

Niccol said Chipotle is treating menu innovation—a long, resisted topic in the past—by seeing if launches can drive incremental sales transactions. The reason being, does this item give people an experience they can’t get out of their everyday Chipotle visit? Or a reason to come more often or try the brand for the first time?

“And as we do these tests, that's what we're really trying to understand,” he said. “How much of this is, hey, this is just among our existing user that's coming more often because we've now added another occasion for them or you know what, we've now piqued somebody's interest that's never had the opportunity to try Chipotle in the past.”

In the case of carne asada, Niccol said customers—non users and frequent guests—have asked for it. “But things like quesadillas and nachos, those are clearly things that both, again, users and non users of Chipotle have said, ‘Wow, that would really make the brand, the restaurant experience even more attractive so that I could come more often.’ So that's why we're experimenting with these things. And that's why we use the stage-gate process so we can understand that balancing act between incrementality among existing users as well as bringing in new users,” Niccol said.

How Subscription Services are Helping Revive Restaurants
Sweetgreen the Latest to Add a Drive-Thru Prototype
Restaurant Outlook for 2021: Uneven Recovery, but Better Days Ahead

Moving Beyond COVID: 3 Ways to Accelerate Innovation
How to Become a Top 10 Global Brand
The Secrets to Wingstop’s Tech Mastery

Shake Shack is Sprinting to Digital Supremacy
Why The Hummus & Pita Co. is One to Watch
Why Capriotti’s Wing Zone Blockbuster Will Boost Both Brands

Back to Normal in 2021? Not So Fast!
What’s in the $900 Billion Stimulus for Restaurants?
How to Best Avoid Restaurant Insurance Pitfalls