One goal is to open 50 company-run stores in Chicago over the next several years.

Bubble tea goes by many names.

Boba, boba tea, milk tea, bubble milk tea, tapioca milk tea—all of them are descriptions of a product that will be “the next thing that is just going to resonate with people,” says Andrew Sternburg, chief development officer of bubble tea concept Gong cha.

Market research firm Fortune Business Insights valued the global bubble tea market at $2.02 billion in 2019, and projected it would reach $3.39 billion by the end of 2027, good for a compound annual growth rate of 7.2 percent.

Gong cha has capitalized on this trajectory for years. After the first store debuted in 2006 in Taiwan, venture capitalist Martin Berry acquired franchising rights for South Korea in 2012 and later partnered with private equity firm Unison Capital to purchase the entire brand and expand it to about 20 countries and more than 1,500 locations, mostly in Asia-Pacific. Some examples include Cambodia, Taiwan, the U.K. Vietnam, Canada, Japan, Indonesia, Mexico, Australia, Signapore, and New Zealand.

Then, in the back half of 2019, TA Associates—a Boston-based private equity firm that’s raised $47.5 billion in capital since its founding in 1968—bought the bubble tea chain. Its goal was to continue the climb started by Berry.

Beforehand, domestic expansion was supported by the Taiwan corporate office, but in an effort to accelerate growth in North America, TA Associates installed a team comprising staff based in the U.S. and the U.K.

Sternburg, who joined the brand in September 2020 after nearly 26 years of executive and managerial roles at Dunkin’ Brands, says the brand sees a pathway toward 500 U.S. stores by 2025.

“[TA Associates] said you guys are doing great in Asia, you're the dominant powerhouse brand and there’s still huge growth opportunities in major Asian markets like Japan for example, even in South Korea where we have a huge presence there—still tremendous growth potential,” Sternburg says. “But they said, you opportunistically built out what you've done in America, but we need to be more strategic and more focused and more deliberate about how we approach the U.S. market.”

“It was just really taking a much more disciplined and strategic approach to not only franchising, but operational support and all of the means of support so that we can really drive our growth and development and brand here in America,” he continues.

The first U.S. Gong cha unit opened in Fremont, California in 2013. Since then, the brand has grown to roughly 150 domestic units, with most located in the Eastern part of the country in states like New York, Maryland, Florida, Georgia, Connecticut, North Carolina, and Washington, D.C.

To support franchisees, Gong cha plans to establish its first company-run footprint in Chicago with five restaurants. The long-term goal is to debut 50 in the greater metro area. Sternburg says the idea is to treat Chicago as a “model home market.”

“Other folks from other main Midwestern cities, whether it's the Minneapolis Saint Paul area, whether it's Columbus, whether it's Indy, whether it's Detroit, we could have them travel in, see, touch, and feel, and really get a sensibility about our brand,” he says. “We think by doing that it's going to help unlock and find those kinds of people that understand how to be an enterprise franchisor versus being a onesey-twosey franchisee.”

Although Gong cha is in the beginning stages of building a corporate presence in the U.S., master franchising will still be the primary method of development. Under Gong cha’s model, each master franchisee is a regional franchisor that serves as a surrogate for the company. Under every master franchisee are multiple subfranchisees responsible for opening stores. Sternburg describes these subfranchisees as the “backbone of the business” and “the ones who make the magic.” 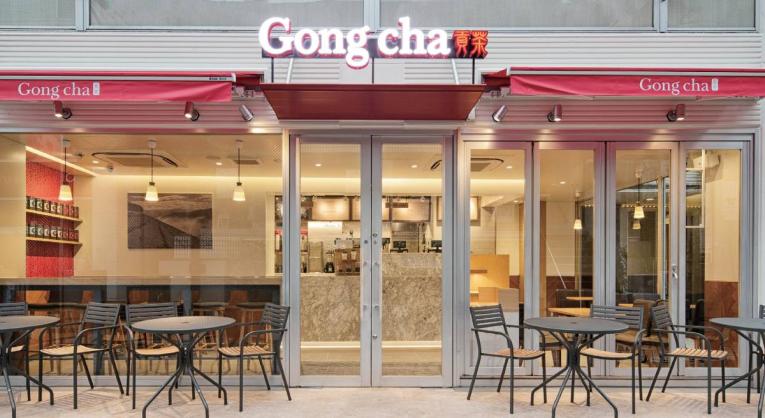 Sternburg says it can be challenging to find a company that fits the profile of a master franchisee since the role comes with a level of sophistication that rises above a “mom and pop mentality.” Because it requires enterprise-level experience, Gong cha targets multi-unit franchisees that have the requisite infrastructure, such as a back office, administrative and financial staff, and field-based operations team.

“There is a very specific skill set that we look for,” Sternburg says. “And it isn’t for everybody. If you run one or two, let's name a brand, a Subway or Auntie Anne’s, it's probably not for you. We really are looking for that sort of higher level, dare I say, sophisticated mentality to really execute this.”

“We work very collaboratively with our master franchises in many different ways, not the least of which is we help them identify, recruit, and onboard new subfranchisees who ultimately open the stores,” he continues.

Gong cha stores range from 800–1,000 square feet and are usually located in strip centers, malls, college campuses, and suburban kiosks. The chain is not looking to build freestanding stores or drive-thrus. Recently, the chain rolled out a more modern and engaging prototype called Wu Sian, which translates to “limitless” or “infinite” in Chinese. Sternburg says it’s a global design, but Gong cha is adding a North American supplement to ensure the model fits within each operating region.

The brand skews to a younger demographic, but as more stores open, the composition of guests is becoming more diverse in terms of gender, age, and ethnicity.

“It's a great pick-me-up and a nice balance of sweetness and caffeine as a product, and people can personalize it,” Sternburg says. “With all the combinations of different flavors, toppings, milk foams, of course, the signature tapioca pearls, it makes for a very social thing. Anybody who is really interested in grabbing a bubble tea with a friend and catching up with them—that's what the product is for.”

Bubble tea maintains its largest market share in Asia-Pacific, according to data from Fortune Business Insights, but North America is expected to be second in the coming years.

The forecast confirms much of what Sternburg already knows—Gong cha is “on the precipice of doing some great things here in this country.”

“Their research suggests there's still a great deal of growth ahead of us,” he says. “And so we want to take that opportunity in what we think is obviously a huge underdeveloped and untapped market in the U.S.”