Tender Greens Gears Up for Growth with New CEO

Tender Greens was founded in Culver City, Los Angeles in 2006.

Tender Greens, a fast casual that counts Danny Meyer’s Union Square Hospitality Group as an investor and partner, promoted Denyelle Bruno from president to chief executive officer, the company announced Wednesday (July 11). She will now serve as president and CEO, with a goal to “lead Tender Greens to the next level of performance and growth.”

Co-founder Erik Oberholtzer is stepping aside as CEO, but sticking as executive chairman, where he will lead the board of directors and provide support to leadership. Tender Green’s other founder, David Dressler, will continue in his role as chief people officer.

Bruno has been with the company since October 2017. Before, she spent two decades in retail leadership roles, most recently serving as president of retail operations at Drybar Holdings LLC. Bruno has also worked with Apple, Peet’s Coffee and Tea, Design Within Reach, Macy’s, and PUREBEAUTY. At Apple, she clocked time alongside Steve Jobs on the team that launched the first 25 Apple Stores. At Drybar, Bruno opened 55 locations in three years. Her time at Peet’s Coffee and Tea was spent systemizing the enterprise and improving guest experience and operational metrics.

“Ever since we first founded Tender Greens, our goal has always been to make real, whole, seasonal food accessible to people every day, both in our hometown on the West Coast and across the country,” Oberholtzer said in a release. “I am incredibly proud of how our team has helped to fulfill that mission and created a group of restaurants that our guests feel truly connected to and trust.” 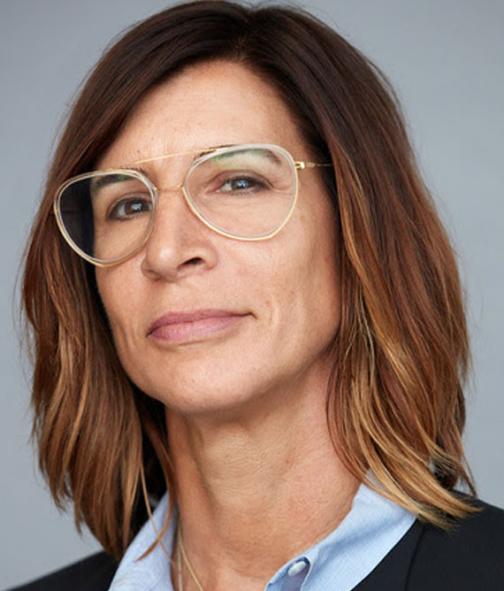 Tender Greens was founded in Culver City, Los Angeles in 2006. Oberholtzer and Dressler, along with Matt Lyman met while working at luxury hotel Shutters On The Beach. The story goes they couldn’t afford the food they were cooking on their days off, and set out to develop a concept that would “democratize” fine-dining fare. Tender Greens spawned a collection of 26 chef-led kitchen units. Bruno wants to nearly double the brand’s footprint in the next two years, according to Fast Company.

The company is on track to achieve $100 million in revenue for the first time this year and is building momentum off a vast rebrand last year that tapped Paula Scher from Pentagram, the genius behind Shake Shack’s imagery, to redesign the concept. This included a new logo that transformed the Tender Greens mark into a tomato-red “g” formed by two stacked circles. The top circle signifies a pan ready to cook and the bottom is a plate ready to serve.

The store design turned to a modern, clean look that incorporates natural, light-colored woods with a black, white, and gray color palette featuring pops of red, teal, and yellow.  Tender Greens took the rebrand behind the scenes as well, revamping its mobile and website offerings. With Olo, the brand created an improved online ordering platform that spotlights each unit's unique chef.

Oberholtzer said Tender Greens’ journey is just starting. “… we as a company have only just begun,” he said. “As we continue to bring Tender Greens to more communities, we could not imagine a better leader than Denyelle. Her experience in taking iconic brands of our size to best-in-class companies is without comparison, and she also embodies the heart and culture of Tender Greens. Under her stewardship, not only are we positioned to grow Tender Greens successfully nationwide, but we are poised to reach our higher purpose of transforming lives both within our company and our communities.”

Tender Greens was the first outside business Meyer’s Unique Square Hospitality invested in. That came in 2015 with Alliance Consumer Growth. The brand has two East Coast units in New York City and Boston, with a second Boston store expected to debut fall 2018.

Along with Bruno’s hire, Tender Greens has reshaped its leadership in the past nine months. Jack Oh, former senior director of branding for Adidas, came on as VP of marketing. Paul Asher, the founder of BCI Realty, was hired as VP of national expansion.

Oh is focused on building the Tender Greens brand as it expands nationwide, and telling the stores of all the important elements the chain was built upon, the company said. Asher assumed responsible for growth and development of Tender Greens in new communities, with a focus on deepening its East Coast roots and then expanding to the South and Midwest. The company has 1,100 employees.

Inside the Rise of the Game-Changing 'Chipotlane'
The Future of Fast-Food Drive-Thru Arrives Early
So You Want to Be a Lifestyle Brand?

McDonald's to Test McPlant Burger in the U.S.
How Culver’s is Bringing a Fictional Burger to Life
The Hidden Goldmine in Your Restaurant

800 Degrees, Pizza Robots, and the Future of Innovative Growth
How to Adapt Your Franchise Model to a Post-COVID World
Can Papa John’s Be as Big as Domino’s?

Listen to QSR Uncut Episode 2: Is the Virtual Restaurant Bubble About to Burst?
Double Down on Digital: How Restaurant Brands are Planning for the Future
The 2021 QSR® magazine Drive-Thru Study

Drive-Thru and the Evolution of Fast Casual
Opinion: With Chick-fil-A and the Drive-Thru, Don’t Race to Conclusions
The Environment and Drive-Thrus: Not an Idle Concern Anymore