Potbelly has struggled in recent quarters, but is headed in the right direction.

Potbelly has a name for its turnaround efforts—Project Aurora.

CEO Alan Johnson said that in 2020, the company will build on its menu optimization initiative, improve the quality of its toasted sandwiches, and test strategic advertising to drive traffic. Potbelly will use the first half of the year to test and the second half to decide what to roll out.

Potbelly’s “Shop of the Future” model in Chicago is likely to incorporate things learned from Project Aurora and vice versa. This includes the consolidated menu, which was first used in the Shop of the Future and is now being tested as part of Aurora.

Johnson declined to elaborate further on initiatives for competitive reasons, but he did give one example in which Potbelly is moving from discount-based promotions to product-based promotions.

Q1: Don't give up on Potbelly just yet

“The current BLTA is a perfect example of this change,” Johnson said during the company’s Q4 and annual review. “We know it’s working. We can see it in our numbers as the add-on incidents of bacon, for example, is up noticeably since the introduction of the BLTA and this new approach.”

Johnson pointed toward Blackbox data, which shows Potbelly outperformed the industry in traffic and comp sales in 11 of the past 13 weeks. The CEO expects Potbelly to deliver positive comp sales in Q1.

“Simply put, we are gaining share,” Johnson said. “It is critical to understand that we achieve this with a low advertising spend and the lowest rate of discounting this year. I'm also excited to report that this momentum has carried into the first quarter of 2020. A healthy majority of our markets are running at positive comps through the first half of Q1.” 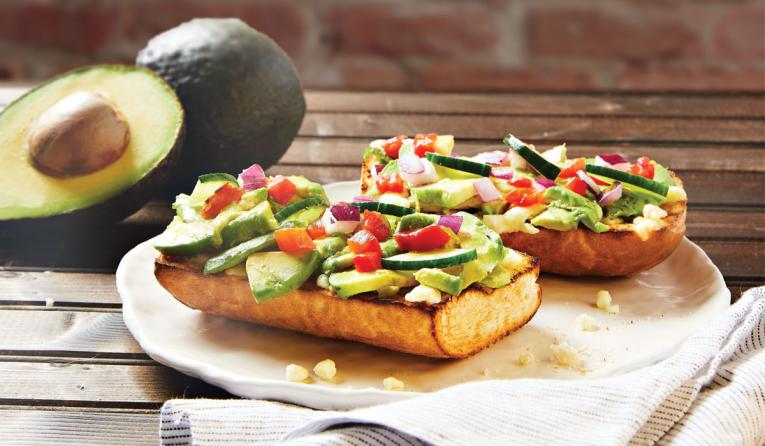 “Simply put, we are gaining share,” Johnson said. “It is critical to understand that we achieve this with a low advertising spend and the lowest rate of discounting this year. I'm also excited to report that this momentum has carried into the first quarter of 2020. A healthy majority of our markets are running at positive comps through the first half of Q1.”

The brand rolled out a menu optimization initiative in early 2019, including a pick your pay and meal deal option. Johnson said that by the end of the year, 25 percent of customers used the option and that optimization grew average check by 410 basis points year-over-year.

Digitally, perk membership has grown nearly 40 percent to 1.7 million, representing about 17 percent of business. The restaurant is still on track to launch a new perks program in the second half of 2020. The brand also spent 2019 launching third-party delivery partnerships; off-premises sales grew from 19.4 percent in Q4 2018 to 24.4 percent in 2019.

“I believe that we'll get to the end of the first quarter and report the fact that we delivered the first positive comp in over four years,” Johnson said. “I think that's real progress. It's been driven by off-premises. We hit record growth, record mix. … Whether that's upgrading the app, whether that's investing in the website, whether that's investing in partners, a lot of the growth has come from that, but it's not the only place where we've seen growth. Menu optimization has been a huge success for us.”

The brand projected a growth of 0.5 percent to 2 percent in comp sales for 2020. There will be 12 to 13 openings, including four company-operated locations that were delayed in 2019 (three are now open and the other will open in Q2). Eight to ten corporate locations are expected to close.

“We entered 2020 with positive momentum, and we're excited to get moving on the Aurora test, which we expect will significantly accelerate our pace of change and become a multiplier on our strategic action that we've already taken to-date,” Johnson said. “I think it is critical for our business to understand that our plan is aggressive, well-informed, and capital light. Our confidence is bolstered by very clear evidence that our strategy is working and the momentum we built in the fourth quarter has clearly carried over into Q1.”