The chain knows there's enough labor to fill demand, because its company-run footprint has proven as much with practically full rosters.

Faced with a challenging labor market, some of the biggest restaurants in the country have transformed robotics into a mainstream alternative.

Chipotle is the best example. The fast casual not only began testing an automated kitchen assistant that can cook tortilla chips, it also announced an investment in Hyphen, which created a robotic makeline that assembles digital orders under the counter while workers fulfill requests for in-store guests. Meanwhile, White Castle has tested fry-cooking robots for a few years, and so has Buffalo Wild Wings in the full-service segment. Panera is experimenting with an AI-powered coffee system.

While the longer-term benchmark is lowering labor costs, the immediate objective is to create a less pressure-filled, pleasant environment for employees, thereby improving customer satisfaction.

McDonald’s, which hiked its wages last summer to attract and retain more staffing, is after the same goals as Chipotle and White Castle, but CEO Chris Kempczinski isn’t buying the hype around robotics as a near-term solution.

“I’ve talked about it in the past. We’ve spent a lot of time, money, effort looking at this and there is not going to be a silver bullet that goes and addresses this for the industry,” Kempczinski said during the company’s Q2 earnings call. “The idea of robots and all those things, while it may be great for garnering headlines, it’s not practical in the vast majority of restaurants. The economics don’t pencil out, you don’t necessarily have the footprint, and there’s a lot of infrastructure investments you need to do around your utilities, your HVAC systems. You’re not going to see that as a broad-based solution any time soon.”

That’s not to say McDonald’s is totally removing itself from automation. Through a round of checks, BTIG analyst Peter Saleh discovered the company conducted a 24-store test of AI voice ordering in Illinois. However, systemwide implementation is far off, as accuracy was in the low 80 percentage, well below McDonald’s desire of 95 percent-plus.

Despite staffing pressures, (McDonald’s experienced 10 percent labor inflation in the second quarter), the brand knows it’s possible to have full rosters because its 661 corporate locations have consistently outperformed the U.S. average. The units have seen speed of service improvements that are driving customer satisfaction.

“We do think we have a formula and playbook that if deployed, can ensure that we have our restaurants properly staffed,” Kempczinski said. “ … There are things you can do around systems and technology, especially taking advantage of all this data that you’re collecting around customers, that I think can make the job easier—scheduling as an example, ordering as another example—that will ultimately reduce some of the labor demands in the restaurant.

“We’ve got to kind of get after this the old-fashioned way, which is making sure we’re a great employer and offering our crew a great experience when they come into the restaurants,” he added.

The chain’s U.S. same-store sales lifted 3.7 percent, driven almost entirely by growth in average check, which was fueled by menu pricing in the high-single digits. The domestic business was positive across all dayparts, led by breakfast. Other than late night, all have seen 20 percent growth on a three-year stack. 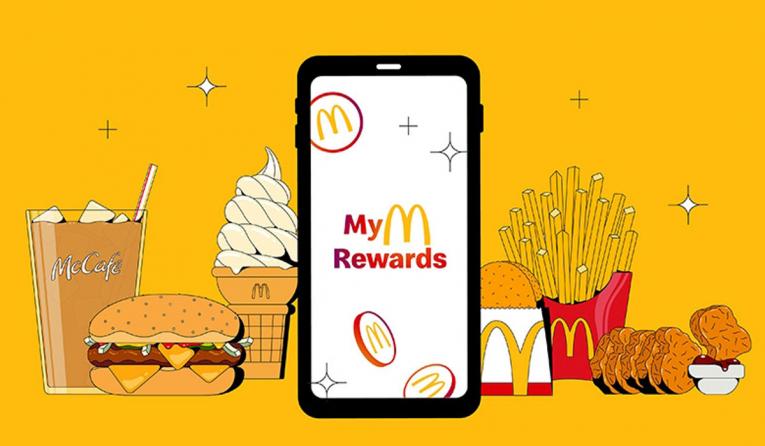 About 22 million U.S. loyalty users were active in the past 90 days.

If economic conditions worsen, McDonald’s believes it will be a net beneficiary of consumers trading down from casual dining and fast casual. Kempczinski also called out the difference between grocery and restaurant pricing, describing it as “the largest gap we’ve ever seen.” To his point, the food away from home index rose 7.7 percent in June year-over-year, but the food at home index increased 12.2 percent, according to the Bureau of Labor Statistics. The CEO said he can’t quantify how much that helps, but he’s confident higher grocery inflation will provide some level of benefit.

Consumers are tolerating McDonald’s price hikes quite well. In almost every major market, China and Spain being the exception, the brand is leading in “value for money” metrics. As lower-priced menu options become increasingly important, the chain wants to make sure it’s thinking about value in a targeted manner, as opposed to 10 years ago when it leveraged blanket, national promotions used on customers that would’ve bought the product anyway.

Now, value is primarily driven at the local level, specifically at the breakfast daypart. McDonald’s national $1, $2, $3 menu is still intact, but it’s complemented by individual field offices promoting products that make sense in their local markets and competitive sets.

“We’ll continue to have some national programs, whether it’s a 2 for $6 or buy one, get one, but we’ve moved really more to a local approach, which then ultimately becomes a personalized approach,” CFO Kevin Ozan said.

Opportunities for targeted marketing become a lot bigger as McDonald’s builds its digital business. In Q2, the brand’s top six markets earned more than $6 billion in digital sales, or about a 33 percent mix. Also, the loyalty program is now in nearly 50 markets; in the past 90 days, the U.S. had nearly 22 million active users. In countries like Germany, France, and China, digital mixes more than 50 percent, with China being over 80 percent. In the U.S. and Canada, it makes up about 25 percent of sales, putting into perspective just how much there is to gain.

In the coming months, Kempczinski and Ozan—who is transitioning from CFO to senior executive vice president of strategic initiatives ahead of his retirement—will work closely together to brainstorm more digital ideas that will “put a little topspin on the plan.”

“What happens when you [increase digital mix] is your percent of identified customers goes up very dramatically and that opens up a whole range of things from service opportunities, pricing opportunities, etc.,” Kempczinski said. “I think digital for us, we’re starting to see the benefits, we just need to go harder and faster against that."

McDonald’s ended Q2 with 13,433 U.S. restaurants and 26,263 international stores, for a total of 39,696 units systemwide. The company is now based in 118 countries after exiting roughly 800 locations in Russia. The chain experienced $1.2 billion in charges related to the sale.