The fast-food franchise is employing multiple levers to present value to customers, through combos, price points, convenience, and more.

Jack in the Box’s pricing team has done much work researching value and identifying customer sensitivity, CEO Darin Harris said. Those efforts informed the burger brand that value could mean a lot of things to different people.

“Is it in the promo offer, is it in pricing?” Harris rhetorically asked during the chain’s Q3 earnings call. “Do we package it in combos, family packs, a la carte? how are we communicating? Is it through a different channel, whether it's digital app and dine-in? And then we also get a segment by guest or income level. So there's a lot of different ways for us to approach this and we've done a lot of work and research with pricing and understanding how do we get better at communicating to our consumer.”

There are multiple levers to pull, starting with the menu.

For instance, Jack partnered with its new ad agency, TBWA\Chiat\Day, and Star Wars actor Mark Hamill to highlight the return of French Toast Sticks after a 10-year absence. The product is coming back with more variety, including three or six pieces, and as part of the Jumbo Breakfast Platter, starting at $2. Harris called it an effective way to increase average check while offering more food at good value. He described the strategy as “attacking the breakfast daypart."

Core premium items, driven by the Cluck Chicken Sandwich, Ultimate Cheeseburger, and Sourdough Jack, and value products, fueled by the Chicken Sandwich and Tiny Tacos, contributed positively to Q3 sales. Jack is also looking to build its evening daypart—which has seen improvements in staffing—with its value-based late-night munching meals, a platform that had room for additional pricing. And the brand continues to incorporate what Harris called a “hook and build” strategy, which means sustainably building average check through snack add-ons as opposed to just taking price.

Value of convenience is playing a bigger factor, as well. Digital sales lifted more than 30 percent year-over-year. The Jack Pack Rewards program now has more than 2 million members after the chain rolled out the program to drive-thru and in-store customers in the third quarter. In Q4, Jack will add mobile web ordering to attract even more e-commerce guests.

At the same time, Jack is learning from new sister concept Del Taco, which it acquired for $585 million earlier this year. The fast casual’s company-operated footprint took roughly 11 percent pricing in Q3, but was still able to penetrate the value consumer with the 20 under $2 menu and the quick combo meal platform. Del Taco’s same-store sales rose 3.5 percent in the quarter, including a 2.3 percent rise at corporate units and 4.8 percent growth for franchises. The company outperformed the industry 11 out of 12 weeks, Jack said. Average check rose due to pricing, despite modest transaction declines.

“Since we've acquired Del Taco, mostly what we've been impressed with is the management team that we have in place and the people within the Del Taco business,” Harris said. “It's definitely a tight-knit family that's clear on how they execute and how they go to business and work every day, and a very similar mindset to Jack, which is when a challenge put in front of them, it's accepted and they get excited about how we're going to solve the problem and make this business work. And so I've been really encouraged by the team.” 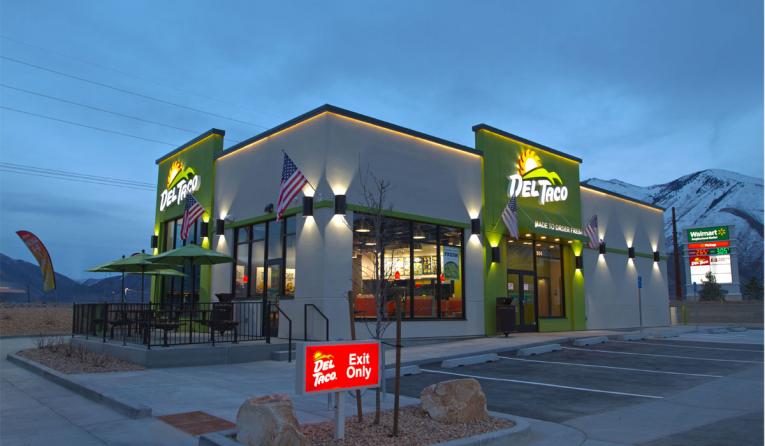 Jack’s same-store sales declined 0.6 percent in the quarter because of lapping stimulus, but there are reasons for optimism going forward. For one, comps ramped up as the chain exited the period and speed of service improved throughout. The chain has also opened 55 percent of its dining rooms, which provides a low-single-digit lift in sales. And for the first time in many quarters, Jack didn’t experience any meaningful product supply disruptions or shortages.

Restaurant-level margin was 15.8 percent, a drop year-over-year because of rising food and packaging costs, wage inflation of 13.2 percent, and increases in utilities, maintenance, and repair costs. Commodity expenses lifted 16.8 percent in Q3 because of protein, sauces, oil, and beverages. When removing Jack’s underperforming company-owned markets that are under repair (Oregon, Kansas City, Oklahoma City, and Nashville), margin was 19.3 percent in Q3.

Jack used pricing of 9.7 percent in the quarter to manage the cost environment. Harris said the brand was able to attract consumers on the highest and lowest end of income levels, but needs to do a better job of engaging the middle section.

“We've been very careful in the pricing process that we've taken and how we've promoted our items, and as we look forward, we'll continue in our hook-and-build strategy that continues to work,” Harris said. “I think what gives me the most confidence beyond the execution of our strategy and our innovation strategy is that we still have upside from a standpoint of improving our staffing, continuing to open dining rooms. And then what I'm seeing across both brands is this really strong execution at the restaurant level, that gives me a lot of confidence that the marketing approach that we're taking is resonating, the execution is happening.”

The brand ended Q3 with 2,207 units, including 2,036 franchises and 171 company-run locations. Jack has signed 62 agreements for 233 restaurants since it relaunched a more sophisticated franchise program last summer. Thirteen of these units have already opened. Nearly 373 franchises have submitted forms to undergo reimaging, which has proven to come with traffic-led sales gains.