From a new logo to packaging to color scheme, the fast-food giant is going modern.

Burger King is kicking off 2021 with its first complete rebrand in more than two decades. The company on Thursday morning revealed a new visual design that will thread throughout all touchpoints of the guest experience.

Burger King said the modern look “will more authentically represent Burger King values,” and is inspired by “real and delicious food.” Additionally, the announcement signals a commitment to digital-first expression and recent improvements to product quality, including the removal of colors, flavors, and preservatives from artificial sources. Also, there’s an “ambitious pledge to environmental sustainability.”

Included in the rebrand will be a new logo, packaging, restaurant merchandise, menuboards, crew uniforms, restaurant signage and décor, social media, and digital and marketing assets.

Burger King’s current logo was launched in 1999. The new option takes a minimalist approach that “seamlessly meets the brand evolution of the times and pays homage to the brand heritage with a refined design that’s confident, simple and fun,” Burger King said.

Burger King’s fresh color palate was inspired by its flame grilling process and ingredients. New photography is hyper textured and dials up the sensorial aspect of the food, the company said.

Burger King also created a proprietary font called “Flame,” which is built from the shapes of Burger King’s food.

The packaging showcases Burger King’s revamped logo, as well as the colors and illustrations of ingredients.

“Design is one of the most essential tools we have for communicating who we are and what we value, and it plays a vital role in creating desire for our food and maximizing guests’ experience,” said Raphael Abreu, parent company Restaurant Brands International’s head of design, in a statement. “We wanted to use design to get people to crave our food; its flame-grilling perfection and above all, its taste.”

Burger King will begin introducing the new visual identify early this year. Over the next few, it said, the company aims to implement the look at stores across the globe. 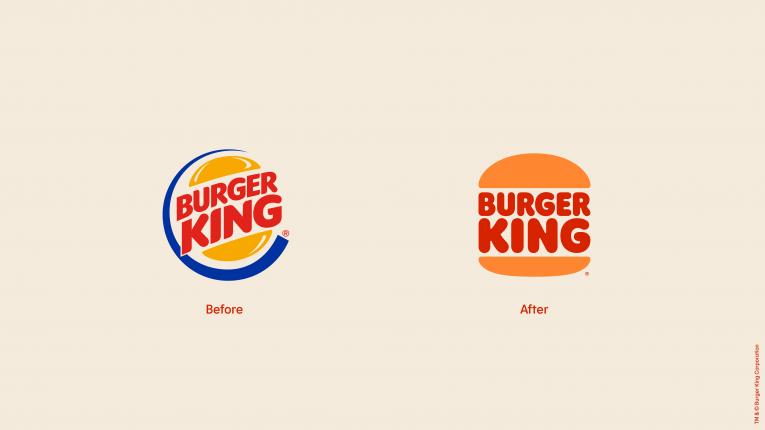 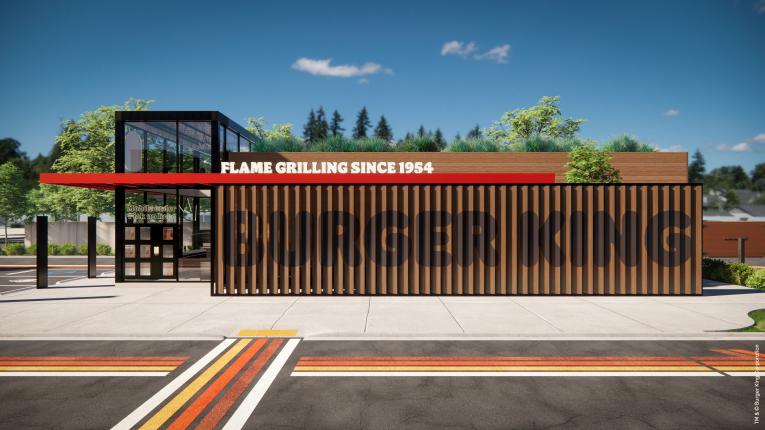 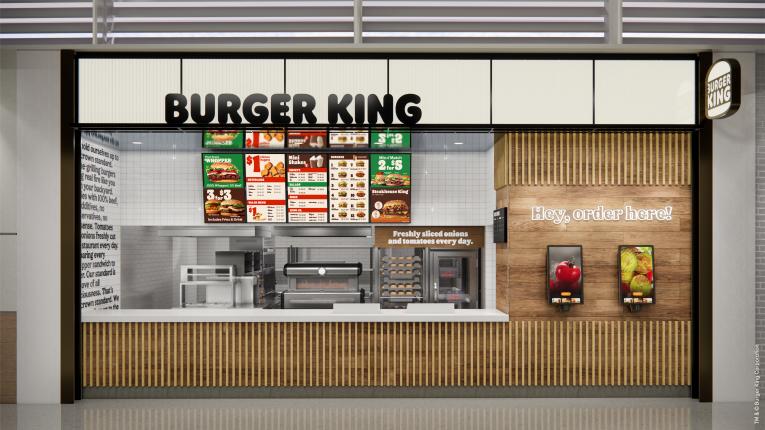 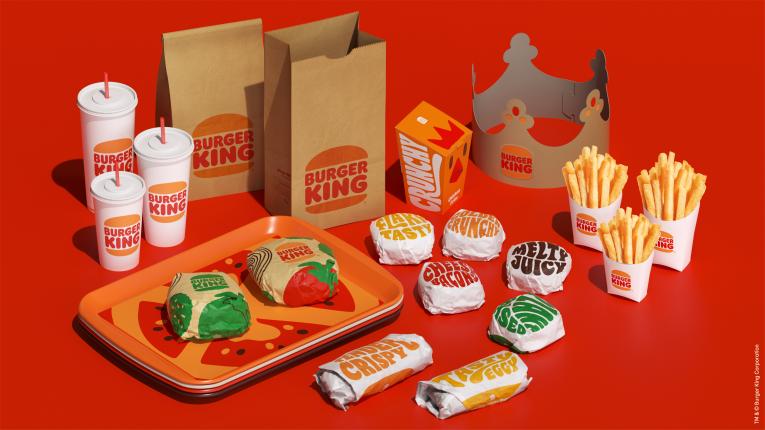 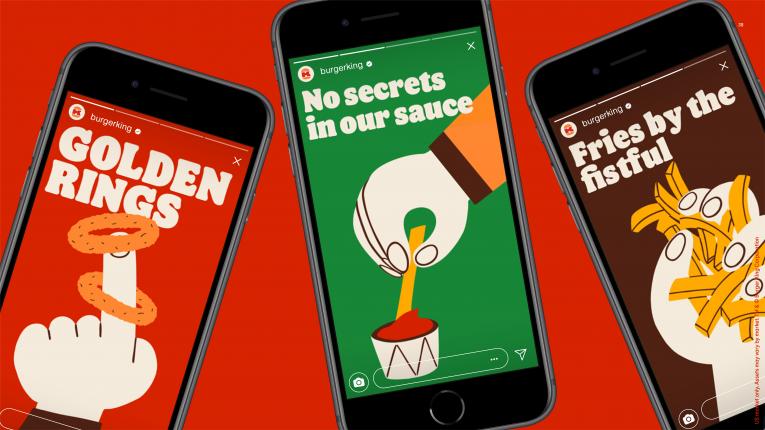 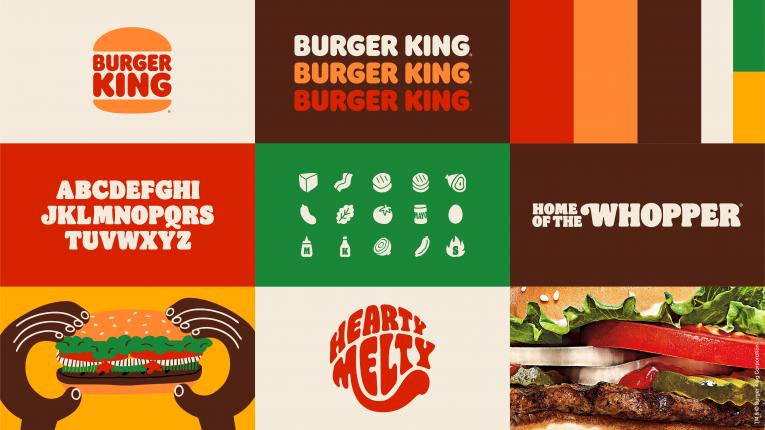 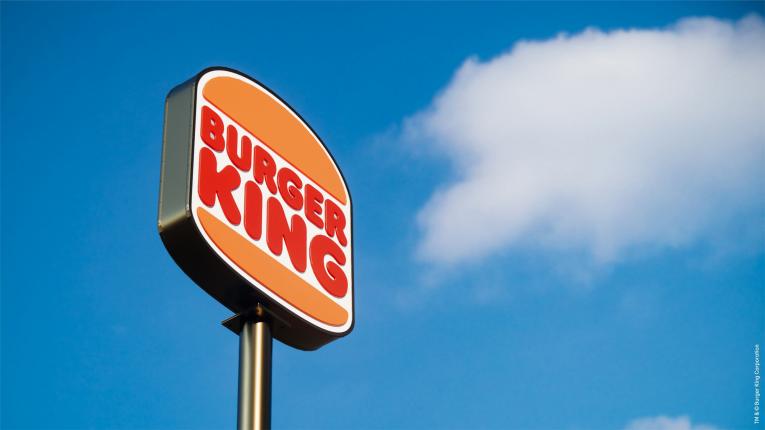 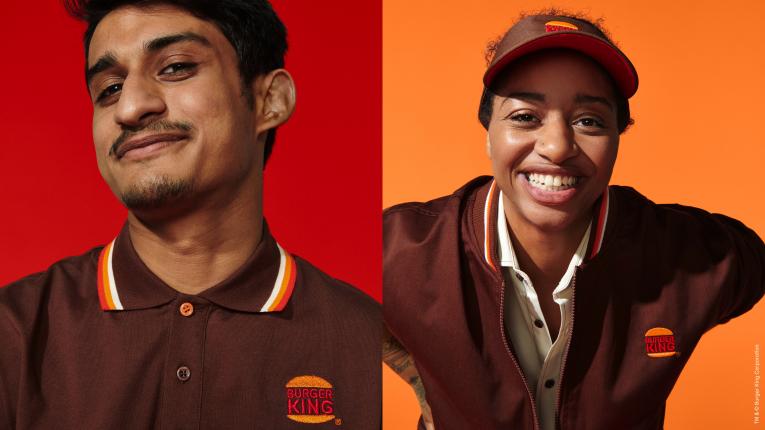 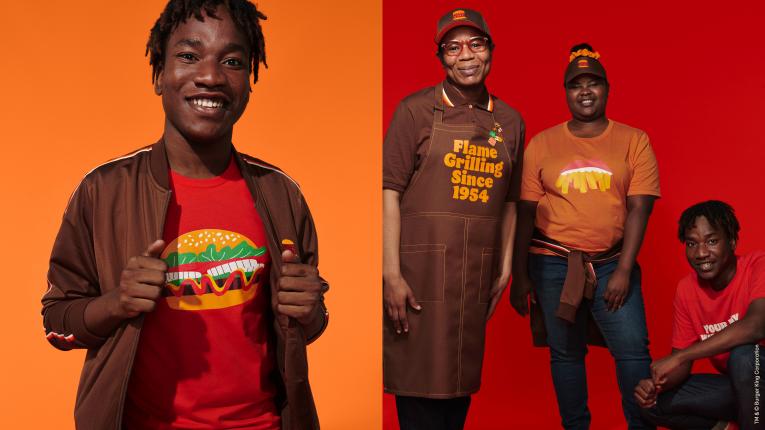 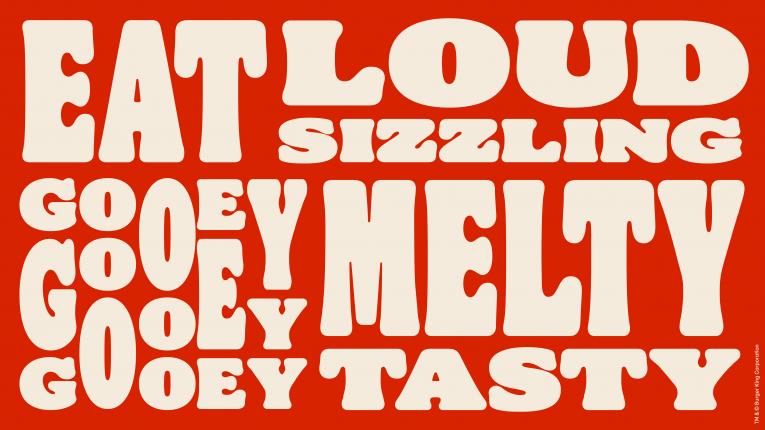 The rebrand isn’t the only facelift taking shape at Burger King of late, either. In October, RBI announced plans to modernize the drive-thru experience at more than 10,000 Burger King and Tim Hortons locations by the end of next year. This includes the installation of about 40,000 screens.

Burger King has more than 6,500 U.S. drive thrus. And, naturally, the channel has surged during COVID. This past quarter, drive-thru mix lifted to more than 85 percent of total sales versus two-thirds in 2019.

The initiative includes presenting menu options on digital screens tailored to each guest, as well as the integration of the company’s loyalty program at the moment of ordering, providing remote, contactless payment to speed up drive-thru lanes in the near future.

Additionally, creating weather-proof installations to withstand the heat of the southern U.S., the cold of Canada’s north, and the corrosive, salty air from cities along North America’s oceans, RBI said.

A month earlier,  Burger King unveiled restaurant designs for the future, including a fully contactless model with a suspended kitchen and dining room sitting above drive-thru lanes, configured to reduce the building’s footprint. Drive-thru customers can even have their order delivered via conveyor belt system.

In Q3, Burger King’s same-store sales declined 7 percent globally (down 3.2 percent in the U.S. and 10.3 percent internationally). Those figures lapped difficult comps of plus 5 percent and 4.7 percent, respectively, in Q3 2019. Revenue dropped from $457 million in 2019 to $433 million this year.

For the whole, RBI generated more than 94 percent of prior-year systemwide sales in Q3 with 96 percent of restaurants open globally. Cash flow from operations increased to more than $400 million.