Chick-fil-A Gets Modular with Restaurant Construction

The brand opened its first such location last month in Georgia.

This past month, Chick-fil-A quietly opened a location that could reimagine its construction for years to come. The company’s Restaurant Development team spent the past several years looking into modular growth as it explored ways to improve Chick-fil-A’s remodeling and rebuilding plans.

In October, the first location rebuilt using modular construction opened outside of Atlanta in Roswell, Georgia.

With this approach, portions of restaurants are built offsite and shipped to location, where they’re pieced together upon arrival. Chick-fil-A said it’s able to reduce construction schedules for rebuilds and remodels by 6–10 weeks. The benefits are straightforward. But the most notable one might be getting operators and employees back to work. Industrywide, long wait times on redesign projects can lead to turnover and renewed recruitment efforts, which get costly.

The design style, Chick-fil-A said, also allows for more consistent quality, as well as a reduction in construction waste. The brand plans to bring additional modular building projects to life “in the coming months.”

“At Chick-fil-A, we’re constantly looking for ways to innovate and improve how we build our restaurants,” Gregg Lollis, senior director of Restaurant Design at Chick-fil-A, Inc., said in statement. “Our team at Chick-fil-A has been researching this type of construction for several years, and we expect to introduce additional modular building projects in the coming months.”

Because restaurants are created off-site in a controlled environment, weather conditions, like rain, snow, wind, and extreme temperatures will play less of a factor in development schedules, the brand added.

“When it comes to rebuilding or remodeling a restaurant, this is a huge factor for our team,” added Chad Baker, principal reinvestment lead at Chick-fil-A. “The modular option gives us an advantage of starting these projects ahead of schedule, before the existing restaurant even has to close its doors.” 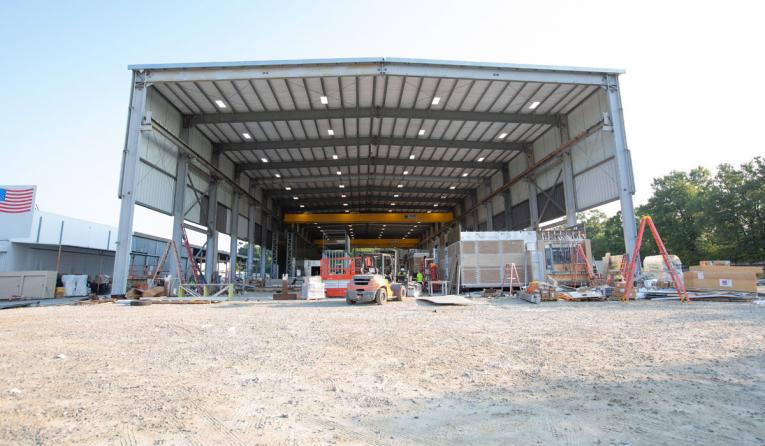 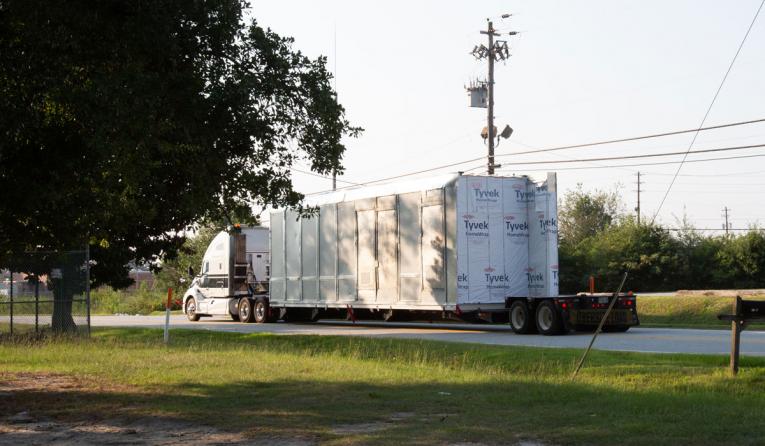 The restaurant is on its way. 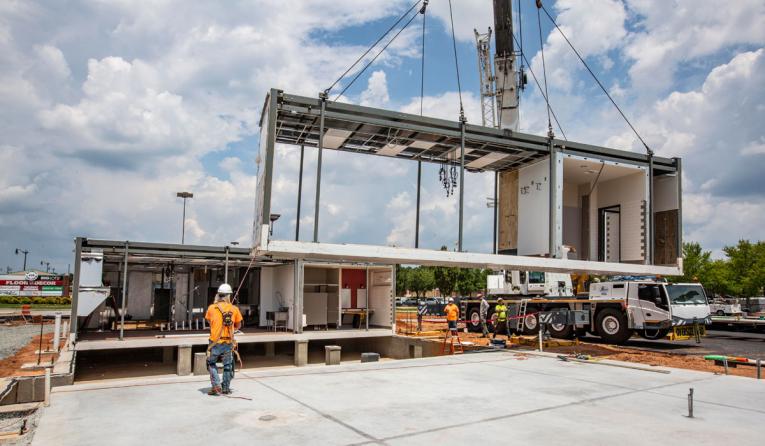 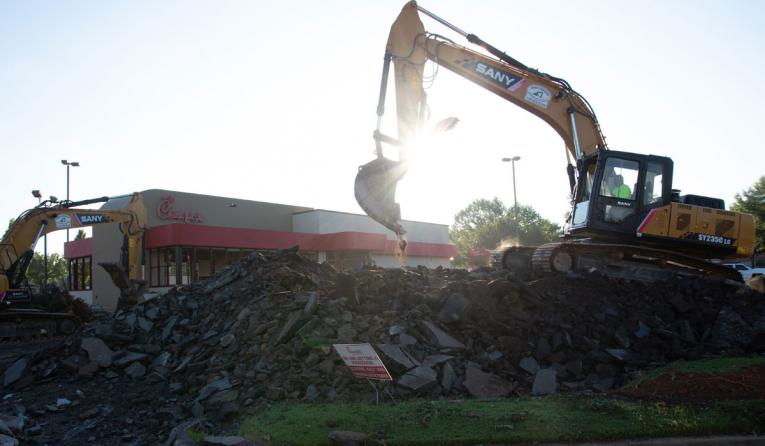 Putting it all together.

Chick-fil-A noted its development staff will be able to better control costs and build time by minimizing uncertainties related to schedule and labor. “By incorporating modularized construction into our restaurant development programs, we will be able to reduce the construction time needed to rebuild existing restaurants by 6-10 weeks,” Lollis said. “That allows our operators to minimize lost sales and increase team member retention.”

“A shortened construction time allows us to keep employees engaged and excited about what’s coming in the future,” added Jim Waddle, the operator of the Roswell location.

There are other benefits, too. Since portions of multiple restaurants are built at the same time during modular construction, Chick-fil-A can work to ensure consistent quality through testing and inspections. In other words, flaws are called out before modules show up on-site.

“We knew that taking a modular approach would shorten the construction timeline, but we weren’t willing to sacrifice quality in the process,” said Trent Gilley, lead designer of the modular building program at Chick-fil-A. “By building the restaurant offsite, we maintain control over the build process without the interference of outside factors, which helps ensure a consistent quality of construction.”

By reducing construction waste, Chick-fil-A units will be built in a more sustain and efficient way, the company said. Modular construction reduces site disruptions and impact to adjoining property owners due to shorter duration and less traffic generated on-site.

Chick-fil-A generally keeps expansion goals tight to the vest. But, if the brand wants to, there’s plenty of whitespace to grab. In 2019, Chick-fil-A was only one of six restaurant brands to eclipse $10 billion in domestic sales. But it had far and away the fewest locations at 2,500. In fact, in all of quick service, Chick-fil-A is just the 19th largest brand on the map.