Chick-fil-A to Start a Virtual Brand

The delivery-only concept will debut in Nashville in 2021.

Fast Food | May 13, 2021 | Ben Coley
pexels
The Little Blue Menu will serve the classic menu and other items like salads, roasted chicken, and wings.

The 2,600-unit chicken chain said it will pilot a new delivery kitchen concept called Little Blue Menu later this year in Nashville and in 2022 in Atlanta. The delivery-only brand is named after the blue menus at Hapeville Dwarf House, the original Chick-fil-A opened by S. Truett Cathy in 1946.

The brand will “harness the entrepreneurial spirit and hospitality” of Chick-fil-A by serving the classic menu and different cuisines like salads, roasted chicken, wings, and other items.

On May 4, the chain filed a trademark application for Outfox Wings, a new wing brand that will be available on the Little Blue Menu, Business Insider reported. The logo consists of “the word OUTFOX over the word WINGS with the image of a fox's face with its tail covering its mouth inside the middle of the first O in OUTFOX.” Despite the new food category, Chick-fil-A doesn’t have plans to start serving wings inside its brick-and-mortar restaurants, the media outlet said. 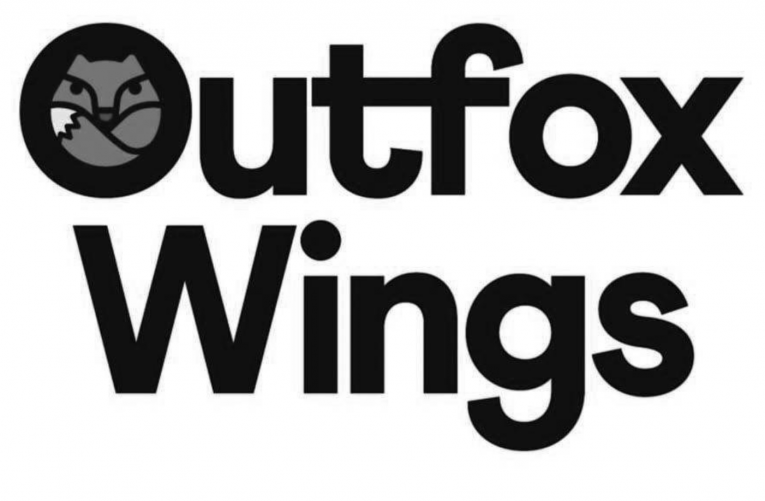 Outfox Wings is the new wing brand that will be available on the Little Blue Menu.

In the past year, numerous restaurants have created virtual brands to meet the new demand for convenience. Many of them have been wing-based because of the food’s portability and ease of preparation. Some of the notable chains that have started virtual wing concepts include Fazoli’s, Nathan’s Famous, Chili’s, Applebee’s, and Smokey Bones.

However, the arrival of so many concepts has contributed to a volatile wing market and inflationary prices. To counteract this issue, restaurants are trying to use more pieces of the bird. For example, Wingers, a small chain based in the Midwest, is testing Tennessee Hot Legs, and in January, Wing it On! introduced crispy Thigh Wings.

Wingstop, which has just over 1,400 stores in the U.S., has tested bone-in thighs and struck agreements with suppliers as part of its wing inflation mitigation strategy. In late April, the chain noted that the labor shortage has also affected the supply chain.

“The absolute number of chickens that are being processed is down,” CEO Charlie Morrison said in April. “That’s why you see pressure even in the sandwich business and everywhere on chicken right now. Labor shortages are the real challenge we’re dealing with.”

Chick-fil-A’s supply chain has been compromised, as well. The brand posted on its website that “Due to industrywide supply chain shortages, some items, like sauces, may be unavailable. We apologize in advance for any inconvenience.” Until the issue is resolved, the chain will give only one sauce cup per item ordered.

“We are actively working to make adjustments to solve this issue quickly and apologize to our guests for any inconvenience,” Chick-fil-A said in a statement.