He said that in the past, the chain has relied too much on singular LTOs. This year, the company will move away from that model in favor of “one or two truly innovative product platforms.”

“Some products are designed to drive increased frequency among our core customers, while others are intended to recruit new users to our brand, particularly younger consumers,” Acoca said during the company’s Q4 and annual review. “We call this approach casting a wider net.”

The new strategy is best illustrated by the promotion of Pollo Fit Bowls and Whole-Cut Wings this year.

“We believe this two-pronged approach enables us to cast a wider net and can attract more new users to our brand, while at the same time driving increased visit frequency from our core users,” Acoca said. “When combined with the sustainment of certain evergreen platforms like our $5 Fire-Grilled Combos, we believe we can successfully reach multiple customer constituencies in a way that makes our brand more broadly appealing.”

In recent weeks, the brand also unveiled a Mix & Match Street Taco promotion where customers can choose from seven options, and Chickenless Pollo Tacos and Burritos, made with the company’s own plant-based protein. 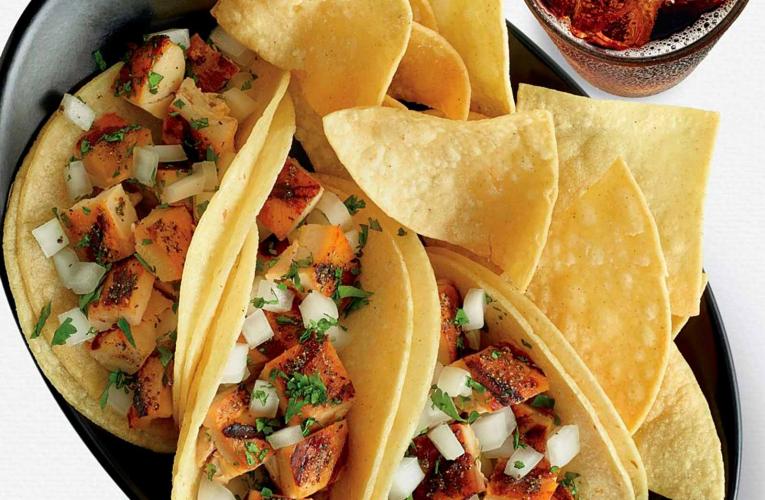 El Pollo Loco ended Q4 with a 3.9-percent jump in same-store sales systemwide, the brand’s best quarter of the year.

“Our menu is evolving,” Acoca said. “And if I look back on 2019 in full transparency, I’m not as happy as I would have liked to have been based on the products we had coming out of our pipeline. It took us a little bit of time to play catch up. And now, as I mentioned earlier, I’m extremely excited about the robust product pipeline that we have.”

“… Value is important,” he added. “Yes, it did lead to a little bit of check degradation, we expect that to mitigate as the year progresses, because we are going to have a lot more premium and varied offerings. … We do recognize that we do have a segment of customers looking for value, which is why we decided to keep it in.”

El Pollo Loco ended Q4 with a 3.9-percent jump in comp sales systemwide (482 units), the brand’s best quarter of the year and its sixth straight in the black. The growth, aided by a 2.4-percent increase in transactions, resulted in a two-year stack of 8.3 percent. The positive momentum in 2019 breaks out to a 4.3-percent rise at company-operated stores (195 units) and a 3.6-percent lift at franchises (287 units).

The leap in corporate same-store sales can be attributed to a 1.8-percent increase in average check and a 2.5-percent increase in transactions. Annual comp sales grew 1.9 percent at corporate locations compared to 0.4 percent in 2018. Revenue in 2019 grew to $442.3 million, up from $435 million in 2018. El Pollo Loco opened two corporate and two franchised stores in 2019.

The “wider net” that Acoca refers to will be applied to media spending, as well. Last year, the company spent 98 percent of its spending on television and print. That will reduce to 60 percent in 2020. Twenty percent will involve digital marketing, followed by 10 percent on radio and 10 percent out-of-home. Acoca believes the diversified approach will reach more demographics.

The rise in digital media spending is in part to capitalize on an opportunity to increase membership in the loyalty program. El Pollo Loco has more than 1.7 million loyalty users, and that’s without much digital engagement, the CEO said. The chain completed behavioral segmentation of its loyalty base, which will allow it to target customers in a personalized way to drive incrementality.

The ultimate goal is to transform the loyalty program into the “cornerstone of [the brand’s] digital flywheel.” At the end of Q4, it represented 9.5 of the sales mix, but the chain wants to push that to 12.5 percent by the end of 2020.

To reach that, El Pollo Loco will relaunch the loyalty program in Q3 with offers to attract new members. As an example, users will soon get a $5 gift card per $50 spent, instead of $10 for every $100 spent.

“By reducing the time it takes to redeem loyalty points, we believe we will attract more new members,” Acoca said. “ ... Our team has done an incredible job in very short order, eliminating some of the friction points in this program. We have developed a detailed roadmap for the balance of the year, and are extremely excited by the potential this program holds for our business.”

In the first half of 2020, the company expects to complete three to four remodels with a new design, which Chief Financial Officer Laurance Roberts said better “exemplifies and communicate [the brand’s] L.A.-Mex positioning.” El Pollo Loco wants corporate stores and franchisees to remodel more than 300 restaurants in the next several years.

The brand is projected to open three to four company-owned units and five to eight franchised restaurants in 2020. Future growth will focus more on franchises, according to Acoca, mainly because the company feels franchisees in local markets will be better equipped to take advantage of the new restaurant design.

The chain has a goal of 5 percent unit growth, although Roberts said that’s still two to three years away. Systemwide same-store sales are expected to grow between 2 percent and 4 percent in the coming year.

“In 2020, we will continue to differentiate our brand, and we believe that culinary innovation is our biggest opportunity to sustain and accelerate our momentum,” Acoca said. “Emphasis will be on meaningful innovation that reinforces our LA-Mex positioning, which combines the culinary traditions of Mexico with the healthier lifestyle of Los Angeles. We believe that our El Pollo Loco can democratize better-for-you eating in a way that no other brand can, and you will see a greater number of healthier options in the coming months based on our customers’ diverse lifestyle.”

Automation, Hospitality, and Employee Retention: It’s All About Balance
The Future of Fast Food is a Cross-Channel World
How Restaurants Can Take Back Control of On-Demand Food