The machines will be tested at a location in San Diego.

Jack in the Box will become the next major restaurant chain to test robotics in the back of house as industrywide labor shortages continue to hamper the sector.

The burger chain will use Miso Robotics' fry-cooking robot Flippy 2, which was unveiled in November. The machine features an AutoBin system that can independently fry essentially any type of food. Once the product is in the bin, Flippy 2 uses AI to identify the food, pick it up, cook it in the correct fry basket, and place it into the hot-holding area. Miso estimates the robot increases throughput by 30 percent, or roughly 60 baskets per hour.

Flippy 2 is an improvement upon Flippy, an iteration tested by White Castle starting in September 2020. The new version performs more than twice as many food preparation tasks and takes up less space, including 56 percent reduced aisle intrusion, 13 percent height reduction, and less overall cleanable surfaces, according to Miso.

“This collaboration with Miso Robotics is a stepping stone for our back-of-house restaurant operations. We are confident that this technology will be a good fit to support our growing business needs with intentions of having a positive impact on our operations while promoting safety and comfort to our team members,” Jack COO Tony Darden said in a statement. “We are looking forward to testing Flippy 2 as our new hire at our San Diego location.” 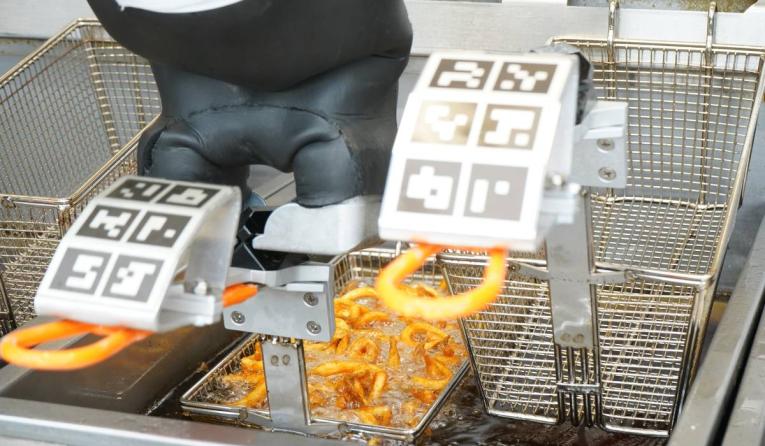 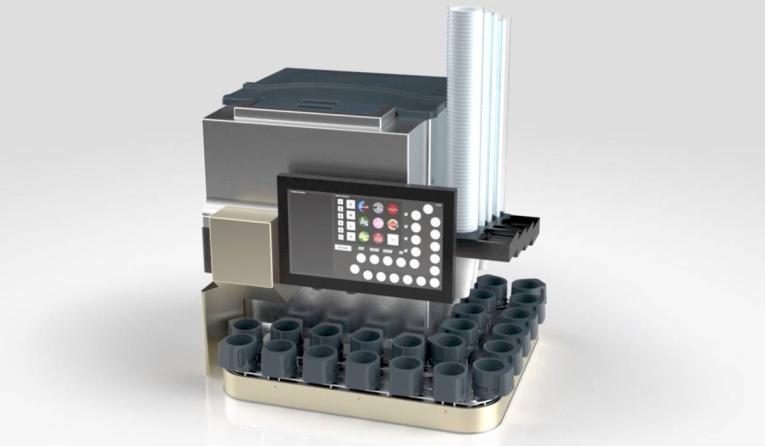 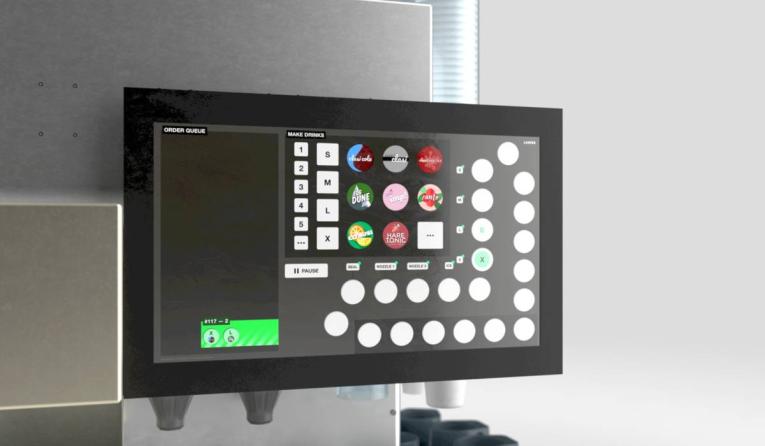 Through the implementation of Flippy 2 and Sippy, Jack in the Box is hoping employees will have more time to tend to customers' needs.

The quick-service giant hinted in November it would soon test fry station robotics and automated drink machines to reduce the number of employees needed in the kitchen. CFO Tim Mullany also mentioned a software program that helps manage labor and food costs and an ops team dedicated to refining systems and technology. To enhance these efforts, Jack hired Chief Information Officer Doug Cook to improve AI and remove more costs from the P&L. He has more than 20 years of experience in this area, including time as chief information for Pizza Hut and multiple decades at Sonic.

CEO Darin Harris noted in February Jack experienced favorable staffing trends until the rise of Omicron late in 2021, which forced stores to limit operating hours. As the variant tapered off in the early part of 2022, trends improved. During Q1, Jack experienced wage inflation of 10.9 percent.

Through the implementation of Flippy 2 and Sippy, the brand is hoping employees will have more time to tend to customers' needs.

“Beginning our journey with a premier brand like Jack in the Box is an enormous step in our commitment to helping restaurants increase throughput, reduce costs and create a safer environment for their staff,” Miso CEO Mike Bell said in a statement. “From tacos and curly fries to fountain sodas, the future is now for Jack in the Box, and we are ecstatic to serve as the company’s technological arm to assure a quality product gets into its customers hands every time they order.”

In the past couple of years, Miso has formed partnerships with some of the biggest chains in the U.S. In March, Chipotle announced that it would test Chippy, an autonomous kitchen assistant from the robotics company that uses AI to replicate the fast casual's exact recipe. In the casual-dining segment, Buffalo Wild Wings is testing Flippy Wings, a robot that independently fries chicken wings and uses the AutoBin system like Flippy 2. Panera has also begun piloting CookRight Coffee,” an AI-powered system that monitors metrics such as volume, temperature, and time data.