McDonald's New Tech is About to Change the Restaurant Industry

McDonald's second-quarter results were its best in seven years.

When McDonald’s forked up $300 million for decision-logic company Dynamic Yield in late March, it sent an eyebrow-raising ripple throughout the restaurant landscape. Firstly, the fast-food giant might have deep pockets (a market value of $142 billion), but it doesn’t dip into them for acquisitions very often. That’s an understatement. Prior to the deal, McDonald’s last sizable purchase was a $173.5 million move for Boston Market. That was 20 years ago (McDonald’s later sold the chicken brand to Sun Capital Partners).

The other obvious question was, why did McDonald’s spend brand-acquisition-type dollars on a tech platform? The answer boils down to something the chain has eyed since CEO Steve Easterbrook outlined initial steps to reset and rebuild McDonald’s business back in May 2015. As he put it during Friday’s conference call to review second-quarter results, “We knew we had to evolve with our changing market and consumer dynamics, and we knew incremental progress wasn’t going to cut it.”

The chain spent much of 2018 investing in broad—and often expensive—initiatives meant to keep McDonald’s ahead of a rapidly changing consumer. An attempt, Easterbrook said, to restructure and be closer to guests, and faster at the point of impact. “At the beginning of this year, we said 2019 will be a year to execute on running better restaurants and optimize the initiatives we deployed last year,” he said.

Dynamic Yield is a big bet on machine learning—the idea that it’s not just a passing fad, but will become the backbone of customer service and marketing for restaurant chains everywhere. Shyam Rao, the co-founder and CEO of Punchh, a widely used loyalty platform for brands, called McDonald’s purchase of the company its “Amazon moment,” saying it would be remembered as the point at which the brand became so good at anticipating and catering to consumer behaviors and desires that it would force other competitors to evolve or fall by the wayside. 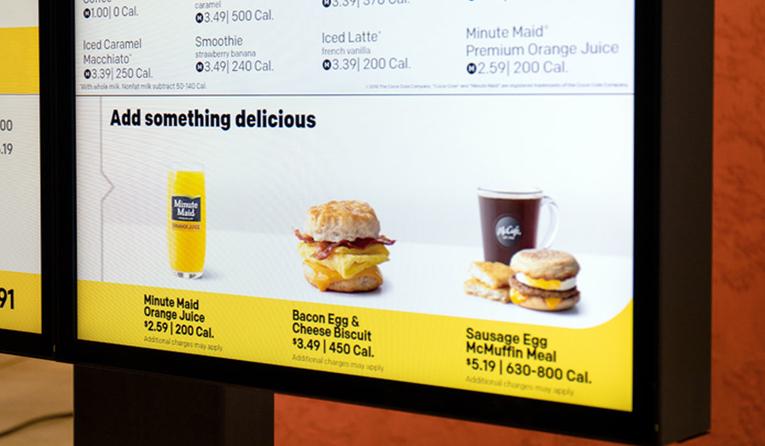 McDonald's Dynamic Yield technology is going to change its drive-thru business. Will it change how the entire industry looks at personalization?

"Every time you interact with a customer and don’t offer them something highly customized and relevant to their personal interests, you are missing an opportunity to make a sale or earn their loyalty.” — Shyam Rao, co-founder and CEO of Punchh.

Dynamic Yield essentially puts predictive abilities into McDonalds drive-thru menuboards. It gives McDonald’s the chance to create a more personalized experience by varying outdoor digital drive-thru menu displays to show food based on time of day, weather, current restaurant traffic, and trending menu items. It can instantly suggest and show additional products to a customer’s order based on their current selections.

Currently, the technology is live in about 700 U.S. restaurants. But within the next two weeks, Easterbrook said Friday, it’s going to skyrocket to 8,000 locations. By year’s end, it will be integrated in nearly 100 percent of drive thrus not just in the U.S., but in Australia as well.

Easterbrook was noticeably excited about this launch during Friday’s call, and it’s easy to understand why. He said customers have responded by adding French fries, drinks, Chicken McNuggets, and other favorites to orders. McDonald’s has seen an increase in average check, Easterbrook added, by improving its ability to offer customers what they are likely to want with suggestions based on those aforementioned factors, as well as items already in their orders.

“I’ve got to say, three months in, couldn’t be more pleased with the integration of Dynamic Yield,” he said, “both as a company and as a culture. But also, frankly, getting the capabilities into our restaurants.”

In those 700 units, McDonald’s has witnessed consistent trends across different dayparts, days of the week, and markets. “We know the technology works,” Easterbrook said. “So we’re going to go from about 800 now to 8,000 by this time in two weeks, which is fantastic.”

There’s another rewarding aspect at play, too. This tech doesn’t just resonate with consumers, it also makes employees’ lives easier. The order-taking process has proven quicker because workers don’t need to manually upsell items to guests—the tech does it for them. And beyond that being an efficient model, it serves as a fail-safe, consistent approach to something that can be trained and drilled into employees and yet still fall through the multi-unit cracks—a challenge any large restaurant operator can attest to. You can tell 100 employees in a room to do something 100 times and end up still having to tell them another 100. Even so, they might not do it.

Rao added, “More to the point: every time you interact with a customer and don’t offer them something highly customized and relevant to their personal interests, you are missing an opportunity to make a sale or earn their loyalty.”

As restaurants are finding out, inspiring loyalty often comes down to catering to guests’ individual needs. That’s what they’re used to elsewhere. Why not in their food-purchasing journey?

McDonald’s Dynamic Yield deal was a bet on the future of customer behavior and the reality that people have been trained by online retailers to expect instant personalization, customization, and recommendations. And that unlock is about to arrive in full force for McDonald’s. 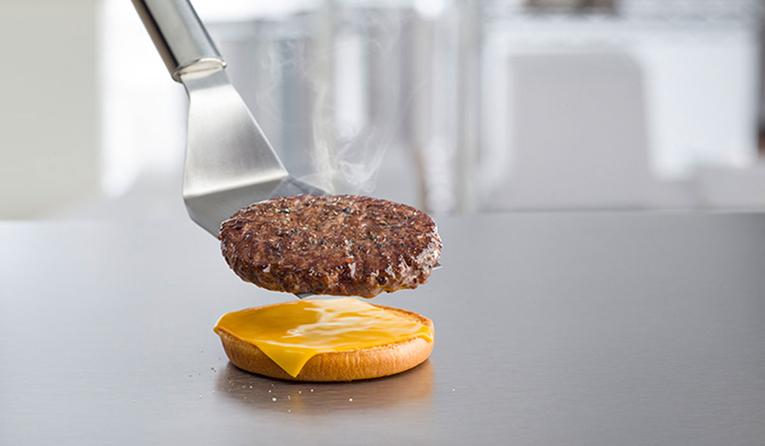 The Dynamic Yield news came as McDonald’s lit up one of its best quarters in some time. The chain’s global same-store sales lifted 6.5 percent in Q2—its best result in seven years. McDonald’s U.S. comps hiked 5.7 percent, which marked the highest same-store sales increase since the launch of All-Day Breakfast in the fourth quarter of 2015.

There were several drivers, including value and deals, like the national 2 for $5 Mix & Match promotions as well as locally relevant offers. McDonald’s renewed its focus to core items—a move that resonated, CFO Kevin Ozan said. Also, switching to fresh beef on Quarter Pounders drove, as previously noted, 55 million more sales of the product compared to last year. A combination of deal offers and line extensions (bacon and deluxe builds) boosted sales, too.

Additionally, McDonald’s saw a lift from Experience of the Future updates. During Q2, the chain converted an additional 600 restaurants for a total of 1,000 projects completed in the first half of the year. McDonald’s expects to finish roughly 2,000 in 2019.

McDonald’s comps growth in Q2 came through higher check, not guest counts, in the U.S. About two-thirds comprised of product mix and a third via price. Ozan called traffic a “street fight,” saying the brand wasn’t losing guests really. Instead, it’s dropping customer visits. Guests are not visiting McDonald’s as often as they were historically, in other terms. “And if we can regain some of those additional visits, especially at breakfast time, which is, as you know, a very habitual ritual, and so if we can get those customers coming again at breakfast time, it would be a huge benefit.” McDonald’s didn’t break out the traffic number, only to say it was “less negative than the first quarter.”

One of, if not the biggest, headlines in fiscal 2019 has involved the drive thru. Heading into the year, McDonald’s drive-thru times had increased, year-on-year for five straight. This past year, it was last in QSR’s Drive-Thru study with a time of 273.29 seconds. In 2017, the brand clocked 188.83 seconds. It slowed to 189.49 the following year and has trended in that direction ever since.

Last quarter, Easterbrook said he was personally taking on the task of rerouting this conversation.

On Friday, he said, McDonald’s was “encouraged by the results we are seeing.” In June, the U.S. saw a 15-second reduction, year-on-year, in service times in the drive thru. “Which I would say is more than incremental,” Easterbrook said.

He credited menu simplification: getting rid of Signature Crafted products, streamlining the late-night menu, giving coops the chance to roll back All Day Breakfast options. Also, the addition of tech and diagnostic tools. Managers and employees can now see real-time results in drive-thru lanes. “They can basically decompose the various elements of a drive-thru visit for a customer into its constituent seconds,” Easterbrook said.

Just seeing all information has made a huge difference, culturally as well as operationally, Easterbrook said.

This is a huge initiative for McDonald’s, which sees upward of 70–75 percent of its U.S. business through the drive thru. He said the target of improvement right now is 30 seconds. “Enough to be notable to the customer,” Easterbrook said. This is particularly key at peak service times.

McDonald’s has held a number of service competitions across its restaurants. It’s also brought drive-thru timer tools—rolled out in Europe about a year ago—to most U.S. stores. “We can use these tools in many ways to identify where the barriers are, but actually just make it fun, incentivize and getting enthusiasm from the managers and crews,” Easterbrook said.

He added that some markets are enjoying 30–40 second better times already—three or four months in. “I know they’re focused on getting better than the 15 [seconds],” Easterbrook said.