The core bakery adds will be the chain's first in more than eight years.

Like many of its category peers, McDonald’s trimmed menu offerings in recent months to better serve a COVID-19 climate. More than six months ago, it pulled back on All-Day Breakfast to boost execution—namely speed of service—as restaurants focused solely on drive thru and off-premises channels.

But it’s about to introduce fresh news into a category for the first time in eight years. McDonald’s Wednesday announced it’s rolling three new items to its McCafé Bakery lineup October 28, something it hasn’t done on the core side since cookies in 2012. And all three will be available all day at locations nationwide.

The items are: a new Apple Fritter, Blueberry Muffin, and Cinnamon Roll.

“McDonald’s has been famous for our savory breakfast menu for almost 50 years,” Linda VanGosen, VP, brand and menu strategy, said in a statement. “We’re continuing our breakfast innovation by adding tasty new sweet options with our new McCafé Bakery lineup. We know our customers deserve a break now more than ever, and are excited to give them another reason to visit their favorite breakfast destination by offering delicious flavors they crave, any time of the day.”

McDonald’s began serving breakfast in 1971 with the Egg McMuffin. Breakfast burritos arrived in 1991; McGriddles in 2003; and McCafé in 2009 with Premium Roast Coffee. The chain also committed to sourcing café-free eggs by 2025 and expanded options to include espresso, frappes, and bakery items, including limited-time Donut Sticks, which are not currently available domestically. 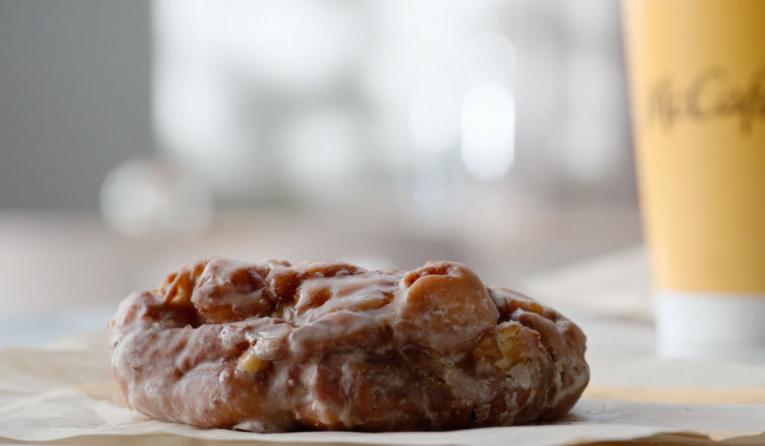 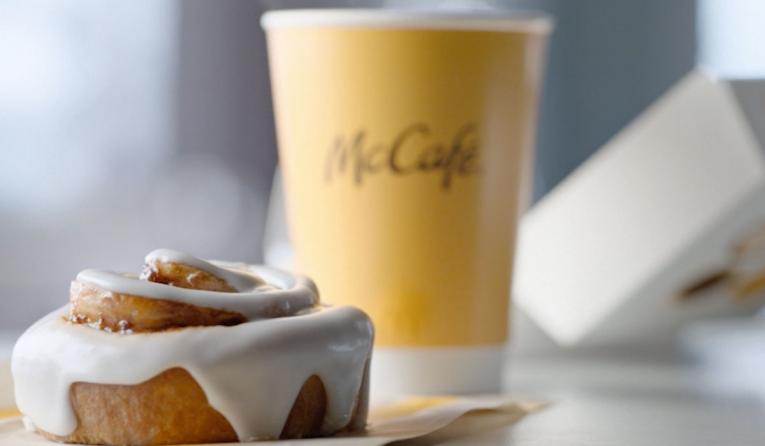 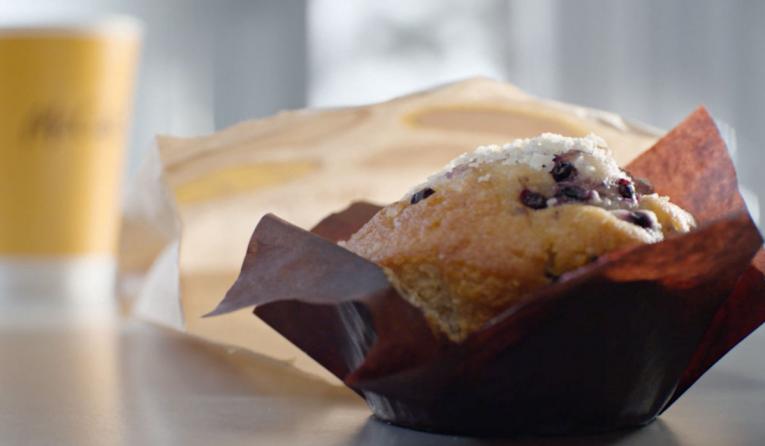 Giving breakfast a jolt was a key aim for McDonald’s before COVID as it faced lagging traffic in a daypart that historically generated 25 percent of total sales. Part of this stemmed from an increased level of competitive activity (it was the only daypart growing for restaurant pre-pandemic), including Wendy’s reentering the breakfast fray.

CEO Chris Kempczinski added some of McDonald’s other menu initiatives, like fresh beef for instance, “took on more time and energy and investment,” and the company lost focus around breakfast innovation.

“And so, as we emerge out of this, I think part of it is certainly going to be a rededication from a marketing and investment standpoint to go after breakfast,” Kempczinski said. “I think our ability through the drive thrus right now to be fast at breakfast is certainly an advantage that we're looking for going forward.”

“And then we will have innovation in breakfast as well,” he added. “If you look at how we've performed through the pandemic, even though breakfast is certainly in the U.S. still the most challenged daypart, we're actually growing our breakfast share. And so, while it is a drag from an overall standpoint, we're gaining share at breakfast.”

In other terms, McDonald’s comp was dragging as the overall market declined. Yet the company’s slice of that overall breakfast pie was actually growing.

McDonald’s limited menu during COVID has largely featured core offerings, which helped productively as well as margins. Kempczinski noted earlier it was a safe bet the brand would add items back as recovery continued, but an equally safe assumption it would not go all the way to where it was. “How that evolution looks is going to vary market to market in the U.S.,” he said. “I do know that there is innovation that is planned for later this year that's going to bring some menu items on. And then with U.S. operators, [the talk has been], let's just make sure every item that we add earns its way back onto the menu. And I think that mentality, that mindset is how not just the U.S. but every market is sort of looking at it.”

McDonald’s saw its net income sink 68 percent, year-over-year, in the second quarter to $483.8 million from $1.52 billion. Revenue dropped 30 percent to $3.8 billion from $5.4 billion as global same-store sales plunged 23.9 percent (8.7 percent in the U.S.) against a gain of 6.5 percent in the year-ago quarter. Before Q1's COVID-fueled slip, McDonald's reported positive gains for 19 consecutive periods.

In the U.S., the chain’s comps progressed into positive territory in July. Same-store sales declined 19.2 percent in April; 5.1 percent in May; and 2.3 percent in June.

“In a survey by GlobalData, nearly half [43 percent] of consumers plan to eat breakfast outside of the home less often or stop altogether. This represents a significant loss for budget operators such as McDonald’s, wherein the convenient, cheap and fast-served breakfast items have always been popular among morning commuters,” Carmen Bryan, Consumer Analyst at GlobalData shared in a statement. “That said, the fast-food giant is taking a sensible approach. Rather than reintroducing standard menu items to its breakfast offerings, which may be slightly more complicated and costly to make, the company is expanding with simple yet indulgent bakery treats that may spark consumers’ curiosity. This new bakery lineup will prove a vital testing point for McDonald’s in the coming months. Should it help revitalize the brand's breakfast occasions, we are likely to see further menu expansion across its stores.”

GlobalData’s survey also found, since COVID-19, 51 percent of consumers said they plan to only buy products from their favorite brands. 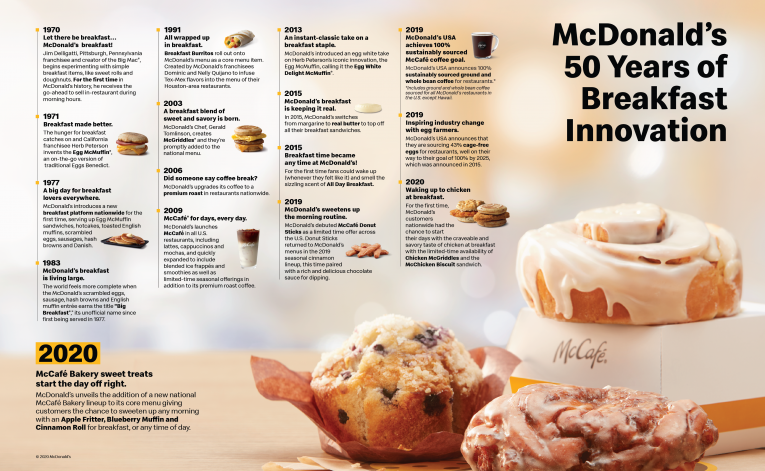