The Next Evolution of El Pollo Loco Has Arrived

The brand wants most of its expansion to come from franchises.

Fast Food | January 14, 2021 | Ben Coley
El Pollo Loco
The brand wants most of its expansion to come from franchises.

In 2018, El Pollo Loco set forth a “Transformative Agenda” that intended to digitize how it goes to market, refine off-premises efforts, streamline operations, and reinforce bonds with communities.

All of those changes still fuel El Pollo’s goal to once again reach 5 percent annual unit expansion in the U.S. by 2023.

And as El Pollo begins this year, CEO Bernard Acoca said the brand is eyeing the next stage of evolutionary growth. In other words, the chain is ready to reset and modernize in what Acoca called an “Acceleration Agenda.” The El Pollo leader said the company will have more information about the journey during its Q1 earnings recap later this year.

“It’s not that the ‘Transformation Agenda’ is going away, it’s that by and large, the deliverables in that transformation have been fulfilled, so we need a new strategic roadmap for the next three years,” Acoca said Wednesday during the ICR Conference.

The focal point of the next era will be El Pollo’s new L.A. Mex asset design.

L.A. Mex is a term coined by El Pollo, which is essentially the confluence of the better-for-you L.A. lifestyle and legacy of Mexican tradition. When consumers walk inside the remodeled restaurant, they’ll see L.A.-inspired murals, but also elements that harken back to El Pollo’s Sinaloan and Mexican roots. For example, artisanal tools like the cleaver are featured in door handles and turning forks are showcased in chandeliers.

On the exterior, guests will observe El Pollo’s relationship with fire and the grill. The remodels have what Acoca described as a “very imposing” fire tower, which illuminates at night with a red and fiery background that draws attention.

Two restaurants in L.A. and one in Las Vegas have been remodeled thus far. Over the next four to five years, El Pollo has more than 300 remodels planned.

“When you bring these things together, both L.A. and the Mexican side of our heritage, you get this beautiful restaurant design that we’re very, very proud of,” Acoca said.

The new design will be incorporated into El Pollo’s “Restaurant of the Future,” which it announced in December. One version features a takeout window, dual drive-thru, curbside pickup parking spaces, and patio seating without a dining room. The other has a dual drive thru, dedicated curbside pickup parking spaces, but a “smaller-than-typical” dining room that opens up to a large patio through garage style doors.

El Pollo wants growth to be carried by its franchise system. As of September 23, 272 of the 478 stores were franchised.

CFO Larry Roberts said the core group of existing franchisees are interested in expanding, which will form a base of five to 10 restaurants per year. Most of that growth will be in current markets, where operators have development opportunities. Roberts estimated there’s probably two or three that will be interested in exploring new territories, but for the most part, existing operators will focus on building out legacy markets.

Roberts said the true unlock for El Pollo is attracting new franchisees to expand into new markets. Right now, El Pollo is finalizing a marketing and incentives package that will be used to target fresh operators. Roberts expects a big marketing push to begin in February.

“We’ve developed a plan for expansion,” Roberts said. “It’s going to be contiguous. We’re not going to look to plant flags all over the country. We’re going to grow West to East. If you drew a line down from Washington state to Louisiana, all those states inside that line or touching that line are the ones we’re going to focus on. We’ve identified a number of markets within that area that we really want to specifically focus on.” 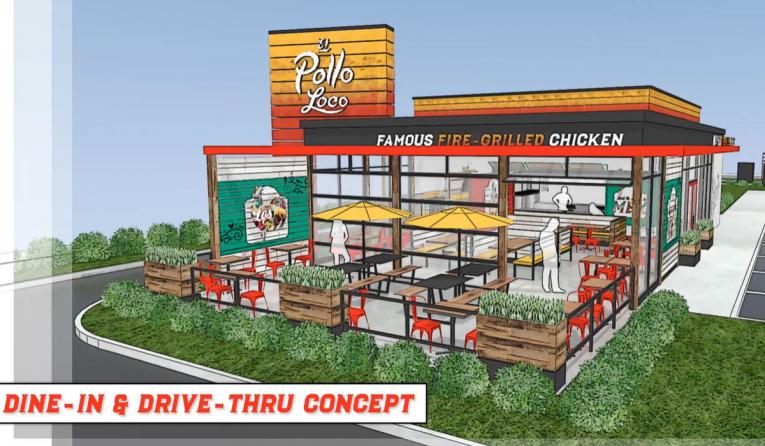 El Pollo’s “Restaurant of the Future" was announced in December.

How El Pollo Got Here

All the boxes on the “Transformative agenda” have essentially been checked, and El Pollo has a host of evidence to prove it.

Digitally speaking, Acoca said loyalty is the centerpiece of El Pollo’s go-to-market plan. The chain relaunched its program in September with changes to attract more guests, including lowering the threshold to redeem rewards. Since the program launched, app downloads have increased 30 percent. In 2020, El Pollo grew enrollees by 35 percent, moving from roughly 1.7 million members to slightly over 2.3 million. Additionally, average check of enrolled members grew by 7 percent. The next goal is to grow transactions, which have largely held constant due to COVID.

The digital growth feeds into off-premises, a channel El Pollo bolstered by adding curbside pickup in September. The program was rolled out in six to eight weeks and now exists in 90 percent of stores. It currently mixes about 1 percent.

The heavy hitter for El Pollo has been drive-thru, which has grown from roughly 40 to 45 percent pre-pandemic to 70 percent of sales. Acoca said restaurants have spent ample time working on ways to improve drive-thru throughput, such as understanding where repetitive motion occurs, deploying labor effectively, organizing equipment layout, and properly preparing side items in bags. The chain is now testing tablets in which workers stand outside and facilitate orders and payments for cars in the drive-thru stack. The goal is to cut wait times in half.

Delivery and digital sales also doubled in the past year, growing to 6 and 10 percent of total sales, respectively.

“We think that in the aggregate, having our drive-thrus, having delivery, having a mobile app that allows to-go orders, and having curbside pickup, provides our consumer with a full suite of convenient choices and allows them to determine the best way to interact with us,” Acoca said.

Those off-premises efforts were executed effectively because of operations in the back of the house.

A year ago, the brand had an operations manual that was 744 pages long. Now, it’s 74 pages in length. To reduce throughput complication, the decades-old chicken process was blown up. El Pollo previously required four stages of the grill and four temperature settings, and the kitchen used two cuts of birds that each had different cooking procedures. Now there’s one stage and one cooking procedure, regardless of the cut. Lengthy recipes have been shortened to six steps or less, as well.

Acoca said the process is more science driven as opposed to art driven, allowing anyone to learn in minutes.

“It doesn’t rely on a 30-year tenured grill master to do as much,” Acoca said. “We can have and welcome and train a 19-year-old employee in an entirely new geography we’ve never done business before and expect him or her to get it much much more readily, which leads to higher employee retention rates, which leads to more stable teams.”

The brand has also brought more technology to the back of the house. Manual processes are now automated, such as El Pollo’s inventory management system. The chain is also able to conduct temperature checks of its products using Bluetooth technology.

“So much has been done in terms of not just the technology, not just the processes, but also establishing what we call repeatable routines, which are now an integral part to how we train our people and the systems that now exist in our restaurants so that our restaurant operations are more consistently run from unit to unit,” Acoca said. “And you take out some of the human error that used to exist with it, and you replace it with a much more consistent infrastructure, which can minimize the variability, which could occur otherwise.” 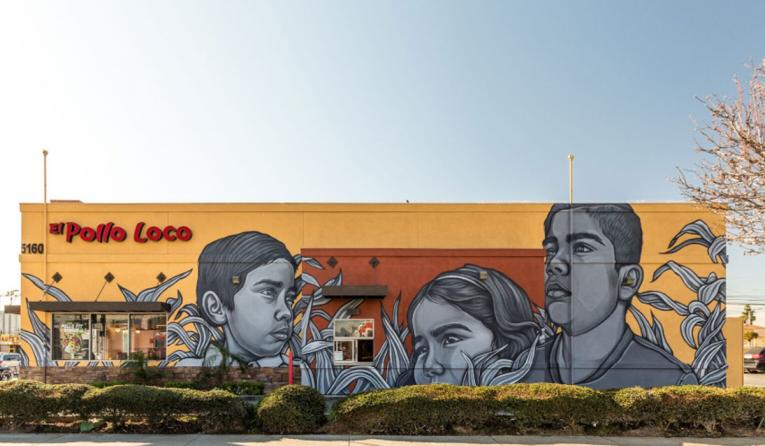 El Pollo Loco is leaning into its roots as it innovates.

Acoca said El Pollo was noticeably hampered in the L.A. market because of rising COVID cases and unemployment.

In Q4, preliminary same-store sales declined 2 percent in L.A., while they grew 3 percent in other markets. Eighty percent of the system is in California and 60 percent is in L.A.

Systemwide, comps dropped 0.2 percent, including a 3 percent slide from corporate stores and a 1.8 percent increase for franchises. This difference is mostly because 73 percent of company-run stores are in L.A. El Pollo expects Q4 revenue to be between $109.5 million and $110.5 million.

“We think this is a temporary moment in time,” Acoca said. “All the experts and the pundits have said the winter is going to be a tough time for COVID, but we do see a light at the end of the tunnel with vaccination expanding and becoming more readily available. So once we’re able to get COVID a little bit more under control and in our rearview mirror, we think our business is going to come roaring back.”

Regarding menu innovation, Acoca said consumers should expect three main trends. The first is the continuation of better-for-you products, like the Pollo Fit Bowl launch. Secondly, El Pollo plans to completely replace its off-premises presentation in March with environmentally friendly to-go packaging that captures brand identity and will keep food hotter and fresher. Lastly, the brand wants to focus on the snack and late-night daypart.

“We’re not going to do breakfast anytime soon, but we think snacking and late night represent two incremental departs that we really haven’t aggressively gone after before, and so we’re developing products to do just that,” Acoca said.