Popeyes Gears Up for Another Banner Year

The chicken chain plans to open north of 200 stores in the U.S. and Canada this year.

Since Popeyes’ chicken sandwich arrived in August 2019, the 50-year-old brand has pushed banner results across a three-year stretch. Average-unit volumes rose some $400,000 to $1.8 million and product launches, like nuggets, mac and cheese, and a collaboration with Megan Thee Stallion, continue to produce new news for a chain that’s growth is starting to reflect its buzz.

Popeyes plans to eclipse the 200 bar again in 2022, it said Tuesday, and expects to do so at an even loftier clip. But notably, beyond the store count itself, Popeyes expansion has begun to take on a modern tilt. “Several” of the openings will be in New York City, including a fresh flagship in Times Square slated for June. That restaurant, at 1530 Broadway, will feature Popeyes’ updated design that pays homage to its Cajun roots and Louisiana brand heritage, yet layers tech into the experience. It will include self-order kiosks, a two-story food transporter for upstairs dining, digital order-ready boards, and a merchandising store inside. Ali Butt, who is also behind the additional New York City properties scheduled for 2022, including 6th Ave, Fulton St, and Staten Island, will own and operate the venue.

The design mirrors the unit Popeyes unveiled in March when it re-opened the company’s New Orleans landmark on Canal Street. The 200-year-old building represented the domestic introduction of the “NOLA Eclectic” image Popeyes is bringing to New York, which first launched in Shanghai. 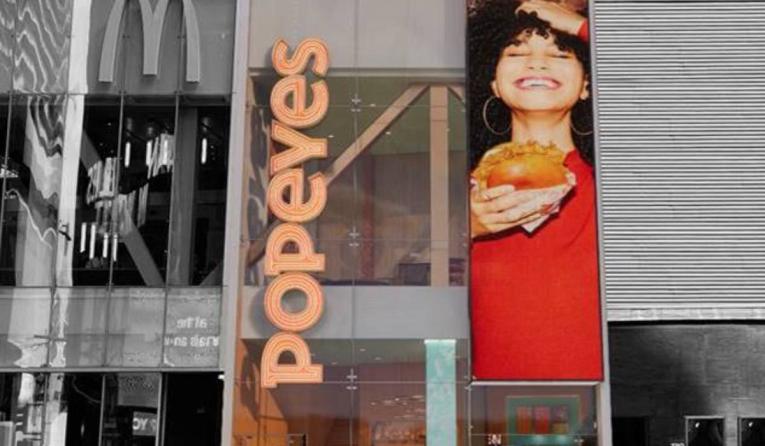 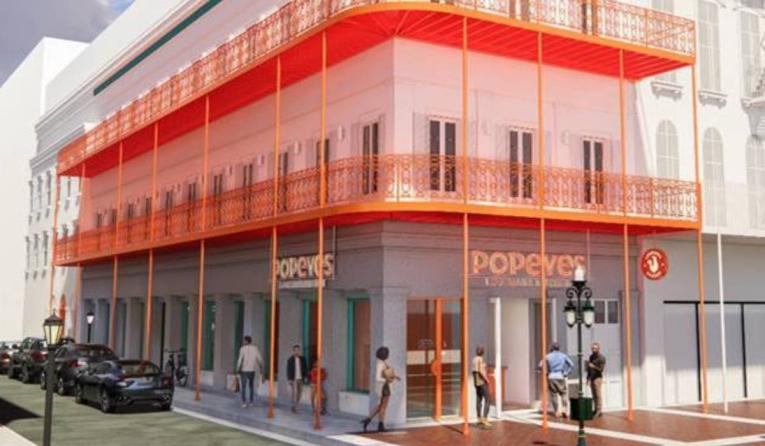 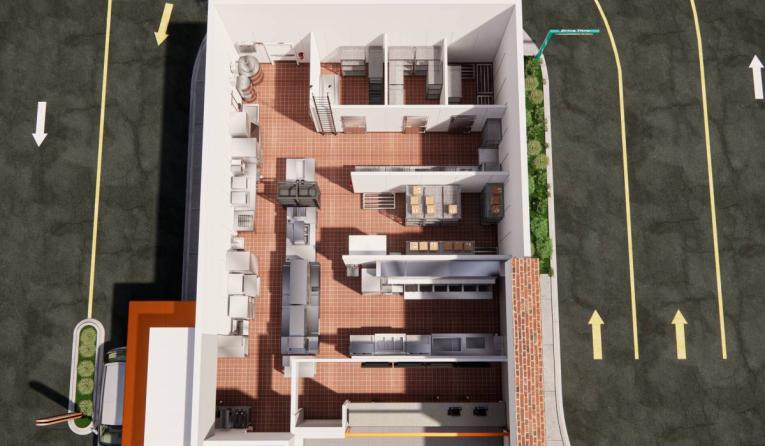 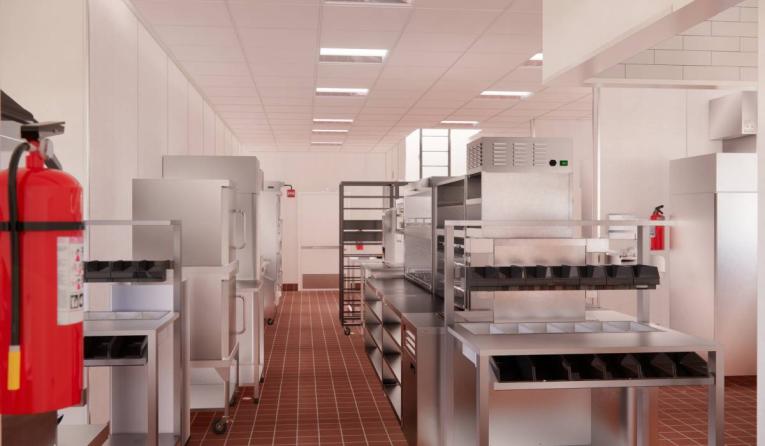 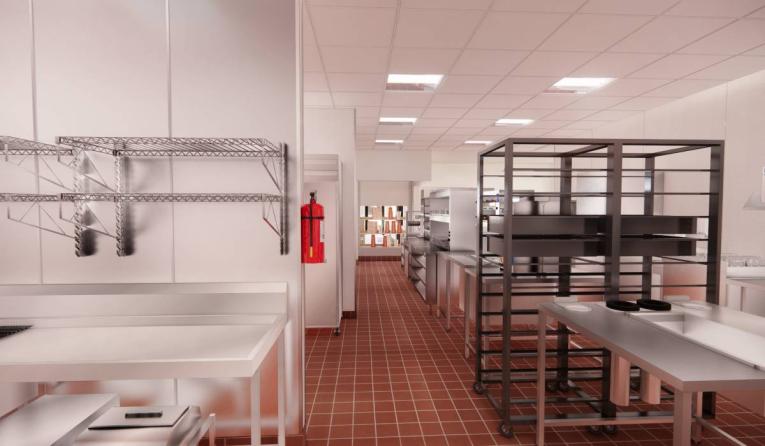 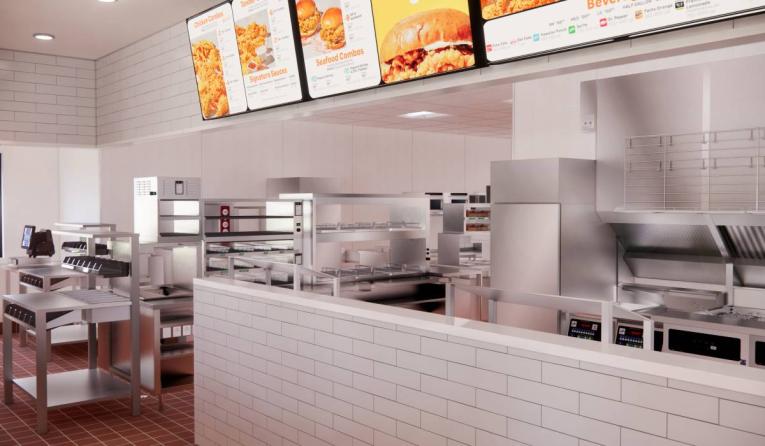 While this front-facing development unfolds, Popeyes is working to reconfigure and launch back-of-the-house solutions for new kitchen designs, it said. Popeyes’ updated model developed kitchens and systems from the ground up to be more efficient and capable, and also a better place to work, Popeyes said.

This includes piloting and launching solutions to enable improved operation, make employees’ jobs easier, and improve labor efficiency. The company didn’t elaborate further, but did note its first new design will open at 3836 South Street in Lafayette, Indiana. No timeline was provided.

Other continued evolutions on deck include mobile order and pay, curbside pickup, digital order pickup shelves, self-order kiosks, and Popeyes Rewards available on the Popeyes App. This year, the program will feature exclusive benefits centered on value and frictionless ordering, the company said.

Returning to growth, in February, Popeyes “signed more development agreements around the world than ever before,” RBI CEO Jose Cil said, with deals in India, the U.K., Saudi Arabia, Romania, and France, as well as further expansion in Mexico, the U.S., and Canada. In 2022, Popeyes continued its momentum with an agreement in South Korea, which Cil called one of the largest quick-service chicken markets in the world.

Popeyes U.S. same-store sales dropped 1.8 percent in Q4 year-over-year, and 8.2 percent on a two-year stack. The lap, however, follows a 2019–2020 stretch where Popeyes posted four of the best quarterly same-store sales increases in the quick-service industry over the last 10 years, thanks largely to the chicken sandwich.

Automation, Hospitality, and Employee Retention: It’s All About Balance
The Future of Fast Food is a Cross-Channel World
How Restaurants Can Take Back Control of On-Demand Food