The Story at Wendy’s is Still About Breakfast

And with that in tow, growth is about to pick up.

Wendy’s closed 2020 with its two highest global same-store sales quarters in the last 15 years. And it’s off to a stellar start in 2021, with domestic comps up 6 percent through February 21 on a one-year basis, and nearly 10 percent from a two-year view.

Yet roughly a year removed from COVID-19’s blunt introduction, the headliner for Wendy’s hasn’t changed all that much. The cadence might be different, but the narrative still firmly surrounds breakfast. Before coronavirus, Wendy’s saw its top line jump 16 percent in the first week of March as breakfast arrived in force. And we all know what came next.

Despite 2020’s assault on trends, however, Wendy’s was able to close fiscal 2020 with breakfast steady at 7 percent of sales as the chain reported Q4 comps growth of 5.5 percent. Breakfast contributed roughly 6.5 percent to Wendy’s U.S. same-store sales and “drove a meaningful increase to restaurant AUVs in 2020,” CEO Todd Penegor said Wednesday.

“We believe that breakfast has been and will be transformative to our overall restaurant economic model, giving us fuel for growth into the future. On top of an increase to restaurant AUVs, breakfast remains profit accretive, which is a game-changer for our economic model,” Penegor said.

READ MORE: How Wendy’s Got People Talking About Breakfast in a Pandemic

While Wendy’s was pleased with breakfast’s noisy first year, all things considered, 2021 and 2021 are the true lever points. The company said it expects to grow breakfast by 30 percent through a combination of year-over-year comps expansion via higher average weekly sales, as well as rolling over two months where Wendy’s didn’t have breakfast launched nationwide. Essentially two incremental months thrown in.

Notably, though, Wendy’s will ratchet up marketing as the company resumes contributions from franchisees. Abatement offered as part of a COVID-19 relief packaged just ended. This will join $15 million fronted by corporate. Together, Wendy’s plans to jumpstart awareness, which sat at 50 percent throughout last year.

The goal still mirrors the day one mark—get to 10 percent of sales. “And we are confident this will happen by the end of 2022,” Penegor said.

Much of Wendy’s optimism banks on external factors. Breakfast relies on mobility and routine behavior. And both were tossed into the pandemic blender.

As that returns to normal, or far closer to it, Penegor sees runway. Couple that with its incremental investment, and Wendy’s has the chance to “unlock this daypart to drive significant growth in 2021 and beyond,” he said.

Wendy’s is also plotting a significant increase in net restaurant development on the back of its improved economic model, CFO Gunther Plosch said. The company expects to open about 250 new restaurants globally in 2021. That would represent an increase of 65 percent, with 7,000 restaurants in sight by the end of the year.

Wendy’s recently announced a fresh incentive program to keep this flowing, with a target of 3 percent global unit growth in 2022, and picking up after that. The long-view goal is 8,000 Wendy’s restaurants by year-end 2025.

There are a couple of key details on this front. Wendy’s new incentive options reward franchisees for restaurant growth, accelerated timing, and making multi-year commitments to grow operations. Also, franchisees can earn more incentive value by doing conversions. “Which we think is a huge opportunity for us,” Penegor said. “Not only to grow new units, but to do so more quickly than a traditional new build.”

There remains no shortage of uncertainty in the post-COVID landscape. But one bankable point for restaurants will be the prevalence of second-generation real estate.

If an operator takes this route, they get a roughly $170,000 incentive. Otherwise, franchisees, if they accelerate develop, can receive value of up to $250,000 for those commitments. Groundbreakers earn incentives of $200,000 or so.

Either way, Plosch said, the plan is to see cash-on-cash returns of about 15–20 percent.

THE COVID-19 ROAD FOR WENDY'S SO FAR

Wendy's Breakfast is About to Get a $15 Million Boost

Wendy’s to Give Employees at Corporate Stores 10 Percent Boost

Wendy's: 90 Percent of Sales Coming Via Drive Thru

Wendy’s has evolved its restaurant designs in recent years to offer flexibility for this path, and that hasn’t changed during COVID. In fact, its recently led the company to launch a new drive-thru-only design and a traditional freestanding solution that better enables Wendy’s digital and delivery business, Penegor said. Ghost kitchen are opening globally, too.

Wendy’s increased its non-traditional pipeline to about 30 percent of its 2021 development.

Before COVID, Wendy’s told investors in late 2019 it hoped to grow net new units to 10 percent-plus per year internationally. After a virus hiatus, the company expects to do so again. Wendy’s believes it will cross the 1,000-international restaurant mark by the end of 2021 and begin opening restaurants in the U.K. over the first half of the year. About five should open, with another 10 coming in 2022. Wendy’s also expects one of its biggest growth years in Canada as it goes from 390 restaurants to north of 400. 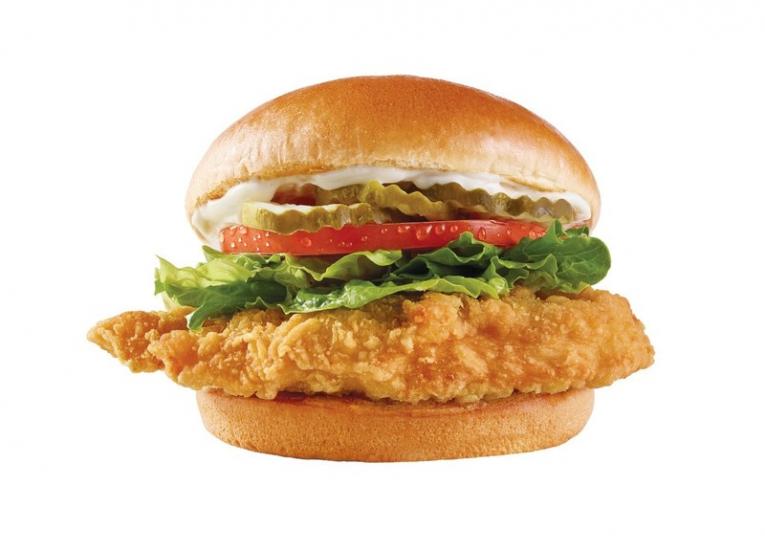 “We continue to bring news. So it's not just going to be chicken with the pickle," Wendy's CEO Todd Penegor said of the "chicken sandwich wars."

Wendy’s spent close to $20 million to launch breakfast and then another $15 million in incremental advertising throughout 2020. As noted, it plans to do the same this year.

Greg Lemenchick, senior director of investor relations and corporate FP&A, said “everybody is all-in” on breakfast, which was one of the main setbacks in past launches concerning franchisees. Back in 2010, Wendy’s breakfast push stalled somewhere in the 600–700 restaurant range.

Lemenchick said “less than a handful” of franchisees considered placing breakfast on hiatus, but there hasn’t been talk about discontinuation. More just a short-term break in trade areas hurt by COVID restrictions, like campus locations, etc.

“There is a lot of excitement across the system,” he said. “We think the opportunity as mobility comes back and morning routines get more ingrained, that we can continue to drive this daypart. And the system is fully aligned behind that.”

The goal for Wendy’s is to drop its breakfast contribution come Year 4, or 2023 and beyond. By then, it thinks awareness will be humming. It’s seen success with a 2 for $4 deal and being the official breakfast of the NCAA, which should pick up over the year as well.

But there’s still significant opportunity, Penegor said. Namely, with taking existing Wendy’s customers and getting them to try breakfast.

Those core users who have done so are the highest frequency breakfast guests today, he added. Once they order it, they come back, in other terms. “So how do we get more and more of those folks to get the food in their mouth to try it? That's the objective during the course of this year,” Penegor said.

One potential avenue is loyalty and digital. Wendy’s launched its rewards program nationwide in July.

The program has seen monthly active years increase by about 25 percent since, Penegor said. By year’s close, there were about 3 million active users to go along with 12 million total members.

Wendy’s sees that business accelerating meaningfully to reach 10 percent of sales by the end of 2021.

Digital as a whole expanded to more than 6 percent of domestic sales in the period, which was more than double the prior-year mark. And Wendy’s digital traffic share growth reached double-digits, Penegor said.

It’s all part of turning restaurants into what Wendy’s calls “frictionless transaction centers.” It launched curbside and mobile grab-and-go in 2020 and expects to grow both this year as it drives awareness around new ordering platforms. “At the core of our digital business is the opportunity that exists to build one-to-one relationships with our customers,” Penegor said.

To date, Penegor said, it’s been pretty evenly split across breakfast, lunch, and dinner in terms of how guests use Wendy’s app. And the vision is to turn parking lots into these “frictionless transaction centers” with mobile ordering as the anchor. A better customer and user experience that also results in loyalty points.

“Those are all things that will continue to drive engagement from consumers. And consumer behaviors are changing. It's something that they expect for a more seamless experience at the restaurant,” he said.

Penegor was asked about the bevy of chicken sandwich launches flooding the sector in recent months. Wendy’s premium chicken and hamburger business has grown to more than 10 percent of its mix. It reintroduced the Classic Chicken Sandwich and then brought a Jalapeño Popper Chicken Sandwich to market in mid-February.

“We continue to bring news. So it's not just going to be chicken with the pickle. It's going to be great-tasting, craveable chicken,” he said.