Subway’s “Eat Fresh Refresh” launch in July 2021, which introduced more than 20 upgrades, laid the foundation to “build a better Subway,” North America president Trevor Haynes says. Labeled the biggest menu update in brand history at the time, it brought 11 new and improved ingredients and six fresh or returning sandwiches, along with four revamped signature options, to menus. In the year since, Haynes says, Subway has tested “hundreds” of recipes to curate this revitalization.

On Tuesday, Subway unveiled what it’s calling the “Subway Series,” or 12 new signature sandwiches that can be ordered by name or number. This, the company added in a release, marked the "most significant menu update" in 57 years and a "Whole New Way to Subway."

Subway is bringing a new menu and ordering system to market alongside it, which Haynes says will streamline the process for guests. Instead of picking ingredients and toppings throughout the experience, customers simply say the sandwich name or number and whether they want a 6-inch or footlong.

“Building on last summer’s refresh of more than 20 ingredients, we wanted to show guests how our refreshed ingredients can come together to make a way better sub,” Haynes says. “And not just show them, we made it easier for them to order a delicious sandwich. Chef Paul [Fabre] and his culinary team took the refreshed ingredient foundation and created the Subway Series.”

READ MORE: Inside the Plan to Build a Better Subway

At its core, the update is a way for Subway to showcase the changes it made last year—the “best bread, protein, and add-ons in Subway history,” Haynes says.

“It then progressed from our culinary team to months of in-market testing,” he adds of the rollout. “That time investment was incredibly valuable, as we were able to refine the Subway Series sandwiches and the operational procedures. 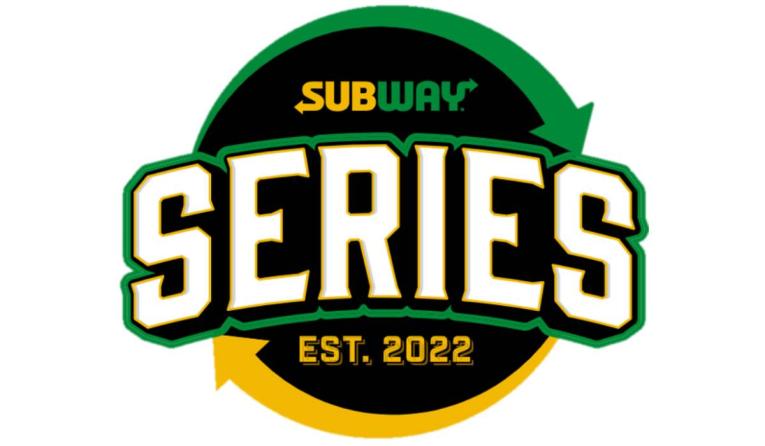 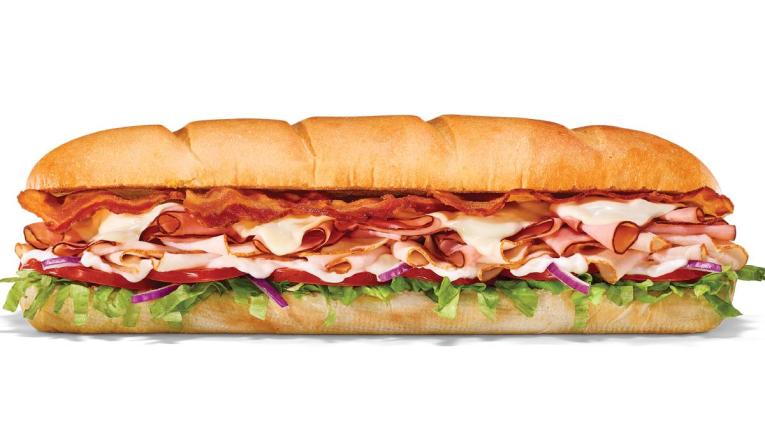 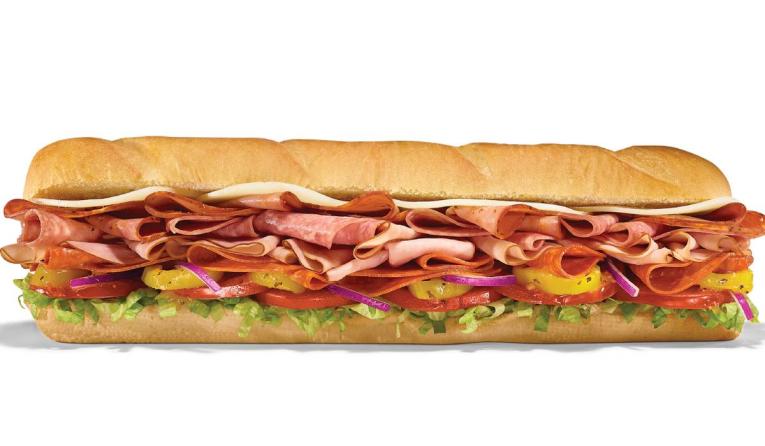 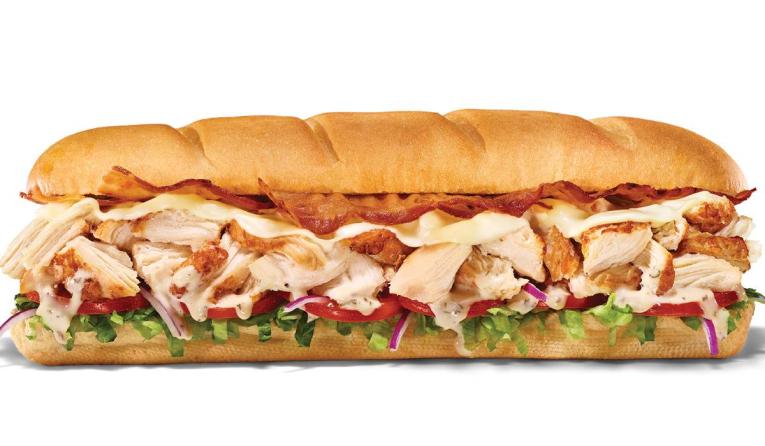 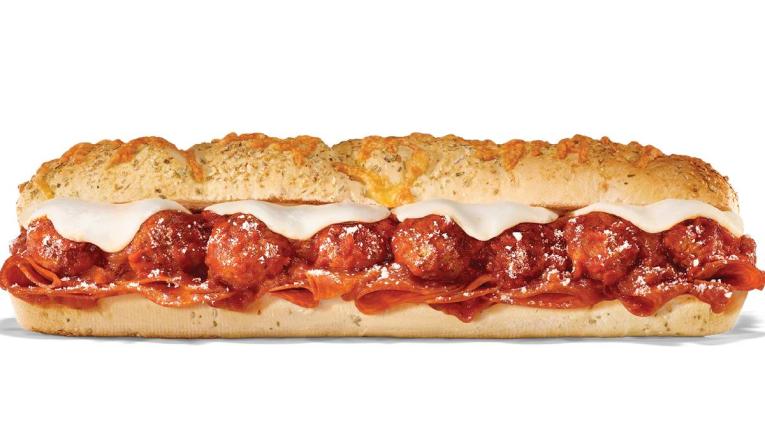 In September, Subway said Eat Fresh Refresh was resonating on the top-line. Before the changes, it saw positive same-store sales in Q2 compared to 2019, but when the Eat Fresh Refresh initiative debuted, the innovation put the sandwich chain in a position it hasn't seen in years, executives said. Firstly, the initial launch week gave Subway its best weekly AUV in more than eight years.

Then in August, the brand experienced its best sales month since 2013. Domestic comps during the month rose more than 4 percent versus two years ago, with the top-performing quartile—comprising more than 5,000 restaurants—seeing a 33 percent increase. The top three quartiles combined, which is roughly 16,000 stores, averaged a nearly 14 percent bump.

Across the year, the menu helped Subway beat 2021 sales projections by nearly $1.4 billion and reach its highest AUV since 2014. About 75 percent of the U.S. system—more than 15,000 locations—experienced a 7.5 percent increase in same-store sales versus 2019. In Q1 2022, the same number of restaurants witnessed comps grow 8.2 percent compared to 2019.

The launch was supported with ad campaigns featuring some sports icons like Serena Williams, Steph Curry, Tom Brady, and Charles Barkley. Additionally, Subway upgraded its app to reduce friction and partnered with DoorDash to launch delivery through its app and website.

“The launch of our Subway Series menu is part of a multi-year transformational journey,” Haynes says. “It starts with the food, but it continues with technology, equipment, and guest experience—all driven by what our guests are looking for. While there may be opportunities in the future to introduce new ingredients and flavors to this lineup, we believe the Subway Series delivers on the delicious, craveable sandwiches we know our guests will love.” 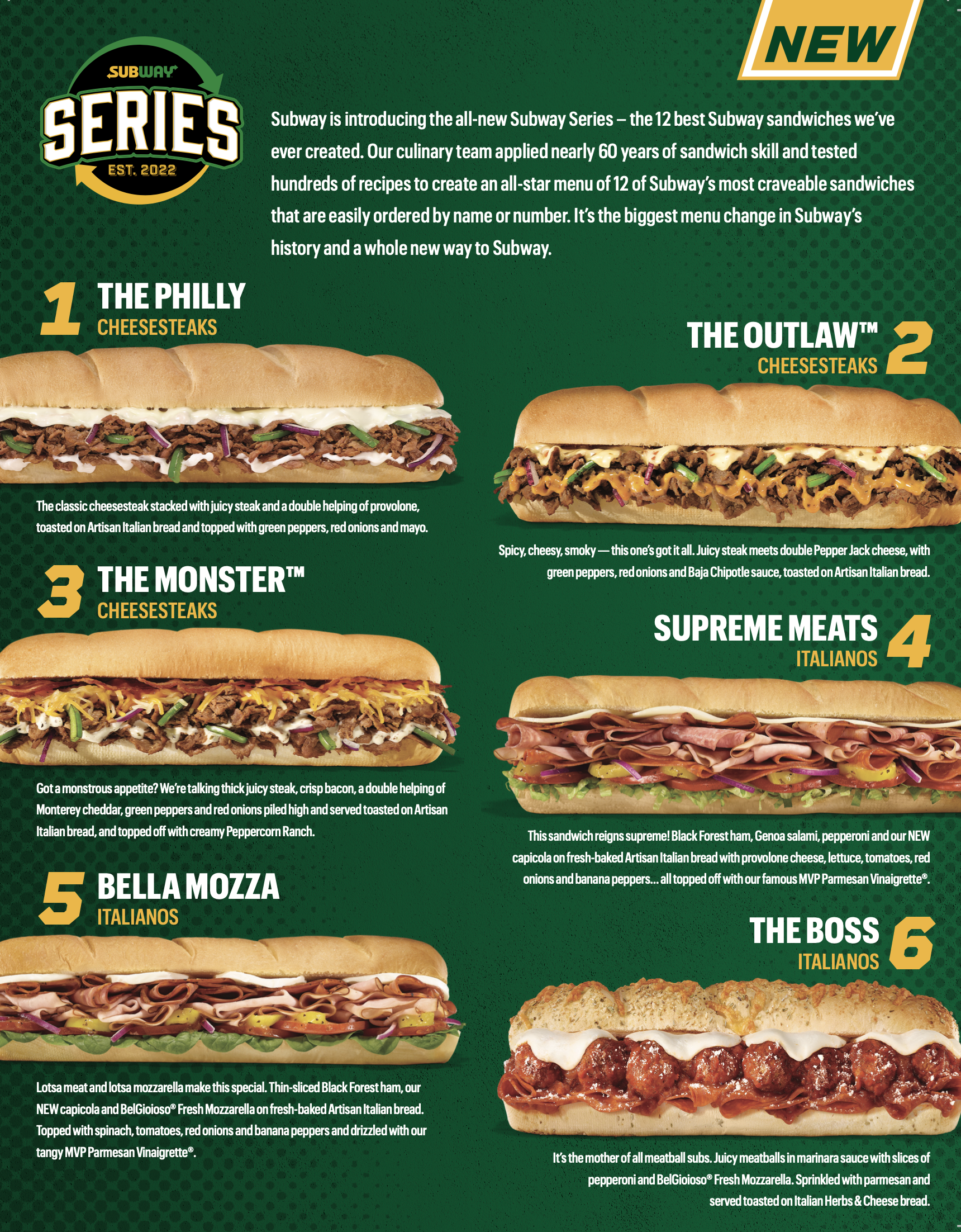 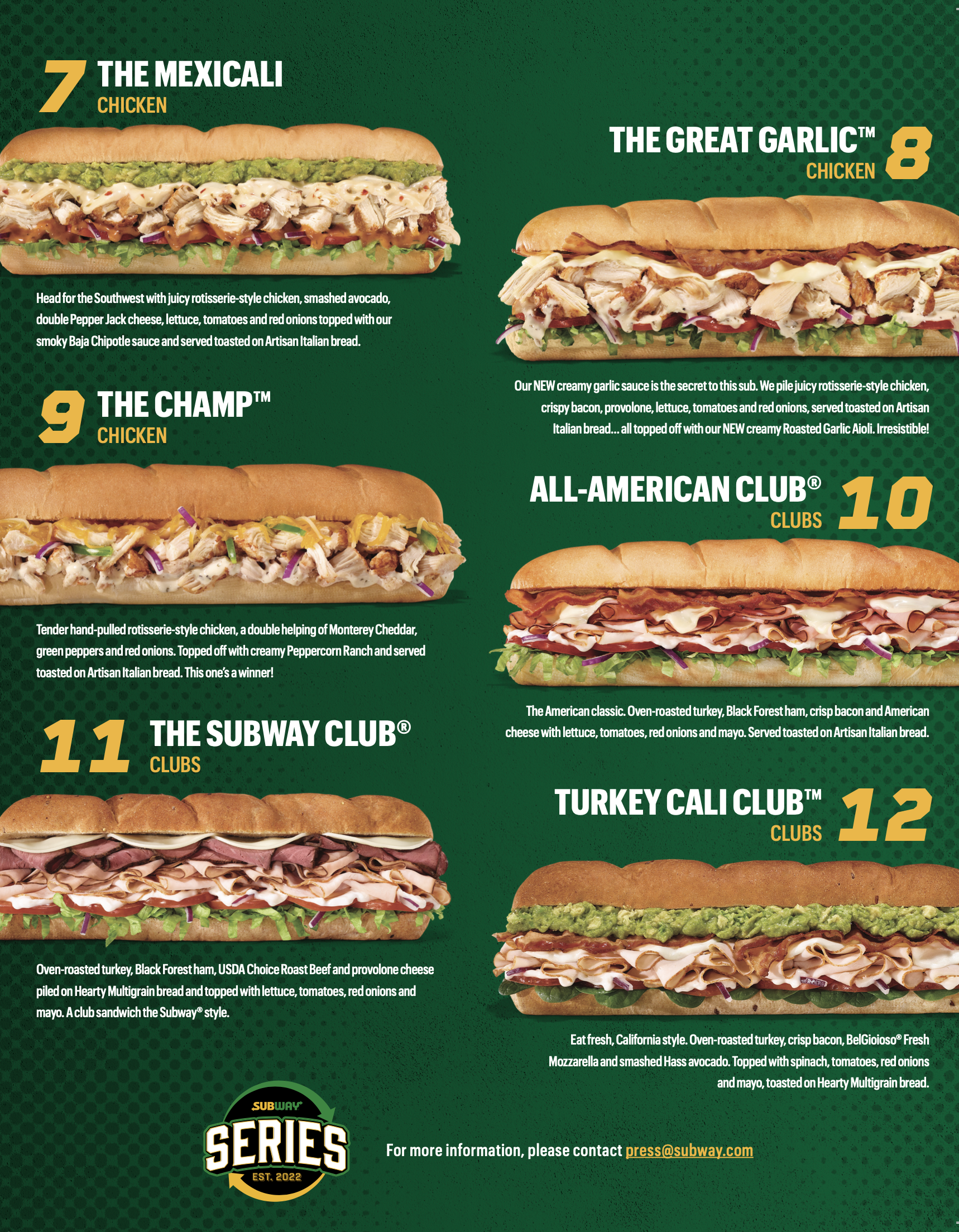 The Series lineup isn’t a swap in ordering options. Customers can still walk the line and customize their own choices, Haynes says. And subsitutions can be made to any curated option.

In tests, Haynes says, the brand found the Series to be easier for guest and employees. “In fact, in Fort Myers, after just a few weeks, the franchisee reported guests were coming in and ordering the Subway Series by number or asking for The Great Garlic by name,” he says.

Subway arrived at the four categories—Cheesesteak, Italiano, Chicken, and Club—from popularity rankings among consumers. “The Subway Series is the most ambitious undertaking in company history, as we are changing the nearly 60-year-old blueprint that helped make Subway a global phenomenon,” Haynes said in a release.

Subway is kicking off the launch from 10 to noon on July 12 by giving away up to a million 6-inch Series subs. Guests can walk into participating stores during that window and pick up a free option.