The chain's virtual world will include a basketball arena.

Fans of Wendy’s iconic square burgers will soon be able to visit the brand through the Wendyverse, a 3D world based in the so-called metaverse.

Starting April 2, anyone with a Quest 2 virtual reality headset can access the Wendyverse through the Horizon Worlds app from Meta (formerly Facebook, Inc.).

The universe includes Wendyverse Town Square Central, which is the chain's first restaurant in virtual reality. Users can hang out in the store and engage with friends while exploring the digital space.

There will also be the Wendyverse Partnership Plaza where individuals can enter The Buck BiscuitDome, a virtual basketball arena allowing players to shoot half-court shots with virtual Baconators. While visiting the Buck BiscuitDome, players will see ads for Wendy’s Buck Biscuit, a promotion for $1 breakfast biscuits through the app and in-restaurant. The special runs from April 1 to May 1. 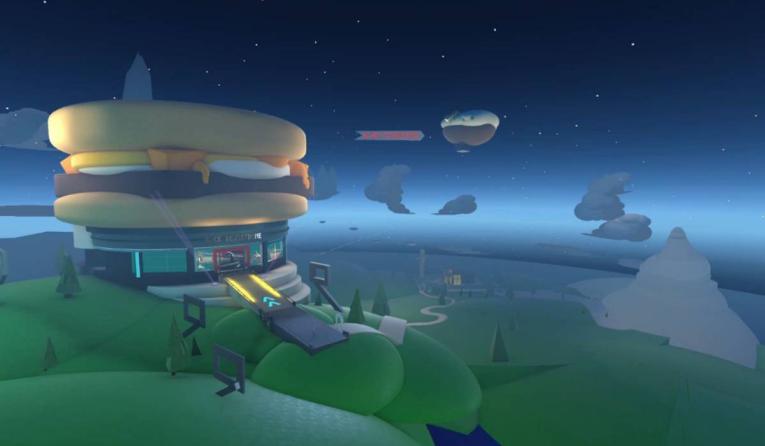 The BuckBiscuit Dome inside the Wendyverse.

To access the Wendyverse, players must be based in the U.S. or Canada and be at least 18 or older. Users must download the free Horizon Worlds app before exploring the virtual Wendy’s world.

It is likely that more big-name restaurants will follow Wendy's into the metaverse. In early February, several media outlets reported McDonald's filed trademark applications for “Operating a virtual restaurant featuring actual and virtual goods" and “operating a virtual restaurant online featuring home delivery.” Just prior to the burger brand's move, Panera filed to get ownership of the name "Paneraverse."

Chipotle entered the scene in October with a virtual reality store on Roblox, a website allowing users to create and share games with each other. The move was in conjunction with the chain's 21st annual Boorito Halloween event.

Are Higher Prices Catching Up to Restaurants?
How to Make Better Pricing Decisions for Your Restaurant: Part 5
Out of COVID, Starbucks Turns Focus to Wages, Efficiency, Sustainability