Bojangles' is putting an emphasis on value, like its 2 for $5 Cajun Filet Biscuits.

Chief financial officer John Jordan said there’s “still optimization,” left in Bojangles’ footprint, which illustrates one of the chicken chain’s top dilemmas. Did the brand grow too fast? Recent signs would suggest it did.

Jordan said the 766-unit’s development “cannibalized our sales a little bit and that also reflected on our same-store sales.”

But Bojangles’ isn’t sitting pat on the issue. The company launched a “restaurant portfolio optimization program,” designed around two areas in the short-term, closing underperforming stores and refranchising, as it looks to strengthen corporate dynamics. Bojangles’ announced in its second-quarter review that it plans to close about 10 corporate restaurants in Q3 and refranchise another 30 restaurants, primarily in Tennessee, to one of its largest franchisees. The latter deal is expected to close during the second half of fiscal 2018.

“We are confident that refranchising these locations is a win-win-win for the company, for our shareholders, and for the franchisee,” said interim CEO James “Randy” Kibler, who stepped in for Clifton Rutledge in early March, “and the reason being for the company, refranchising will reduce the managerial oversight burden on our operating team for restaurants that are far away from our geographic concentration, which will allow us to focus more efforts on our remaining company-operated restaurants.”

Bojangles’ reported total Q2 revenues of $140.5 million, up 2.7 percent from $136.8 million in the prior-year period. Same-store sales declined 0.2 percent systemwide, with company-run comps dropping 0.8 percent and franchised units 0.1 percent. The system is comprised, as of July 1, of 325 company-run units and 441 franchised.

The brand is optimizing other parts of its business and strategies as well. Bojangles’ said it cut four “very slow moving, operationally complex and non-core menu items,” at all company-operated restaurants. These include: Jambalaya Bowl; Smoked Sausage Biscuit; Barbecue Pork Sandwich; and Cheddar Bo Biscuit. Some franchisees may elect to keep them on the menu. 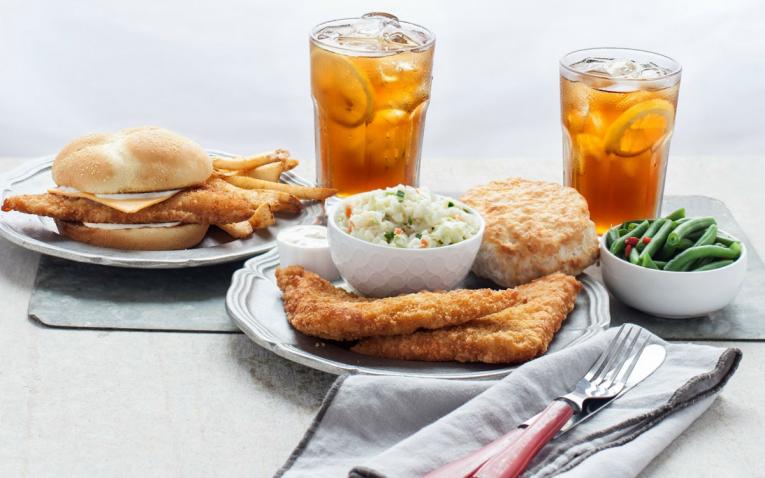 Kibler said Bojangles’ expects “significant long-term benefits from removing these items from the menu to company-operated restaurants," such as improved speed of service, quality of existing items, waste reduction, and lessened menu complexity.

Bojangles’ also said it is slowing company-operated growth to primarily focus on corporate stores in core markets. Here’s a look at how things are changing:

Kibler added that Bojangles’ would focus on relocating restaurants to better real estate and start remodeling older units at a faster clip. “As you are all probably aware, the last few years, we have not remodeled as many company-operated restaurants as we have historically. We plan to increase the number in the future years,” he said.

This is shifting, too. In 2017, Bojangles’ remodeled three restaurants to its future design, which included a biscuit theater to let guests in on the biscuit-making process. Kibler said Bojangles’ “went way too far in the last year,” on the effort.

“We didn't get what we expected from those. So we are now changing gears. We're going to be spending about $250,000 per remodel,” Jordan added.

Kibler said Bojangles’ expects to probably remodel more units this year than in the last two combined. Back in the day—Jordan used 2008–2013 as an example—Bojangles’ was doing about 20 remodels a year and seeing a decent lift in sales. The company hopes to return to that kind of ROI with the $250,000 investment.

“We believe those are going to be a lot more successful,” Jordan said. “We're going to focus them in the core markets, and then what we'd like to do is beginning of 2019 is ramp those numbers up relatively significantly because we believe that will give us a lift and give us some same-store sales growth, and we need to invest into our restaurants.”

As for those 10 or so stores closing across four states, Jordan said the 12-month revenues, as of Q2, were about $5.8 million, and the stores were losing in the $2.9 million range in company-operated restaurant contributions.

The company is still searching for a permanent CEO following Rutledge’s resignation “due to personal reasons.” He served as president and CEO of the brand since January 2014. Rutledge joined Bojangles’ from Texas-based Whataburger in January 2014. He succeeded CEO Kibler, who led Bojangles’ Restaurants Inc., the company’s subsidiary, from September 2007 to January 2014. Kibler remained on Bojangles’ board of directors and was the company’s director and non-executive chairman from February 2014 to June 2016. So there is familiarity at the controls during this transitional period.

“Despite the absence of a permanent CEO, we are rolling up our sleeves,” Kibler said. “We are getting things done by making the tough, but necessary decisions to strengthen our operational execution and financial condition. And by doing so, we are moving our brand forward.

Expect a strong value message for the remainder of the year, he added, with messaging around core items and promotions, like the recent 2 for $5 Cajun Filet Biscuit.

“This week, we'll begin our new meal choice promotion, featuring our bone-in chicken with three different individual meal offerings for $3.99. Our marketing initiatives will continue to support efforts to improve restaurant operations, while delivering great tasting food to our customers at a great value,” Kibler said.