Can McDonald's Fix its Breakfast Business?

Pre-lunch accounts for roughly 25 percent of sales at McDonald's.

It has been a banner run for McDonald’s. Same-store sales gains of 2.9 percent in the U.S. (5.5 percent globally) in Q1 marked 11 consecutive quarters of positive sales growth and five straight periods of positive guest counts. However, the sales picture isn’t entirely rosy.

During the Bernstein 34th Annual Strategic Decisions Conference in late May, chief financial officer Kevin Ozan admitted that the biggest challenge facing McDonald’s in the U.S., from a GAAP comps perspective at least, is its breakfast daypart. This might come as a surprise to some, especially considering how the all-day breakfast initiative firecracked profits out the gate. McDonald’s introduced all-day breakfast in fall 2015 to stellar results. It expanded September 2016 to include McGriddle sandwiches and made both McMuffin and biscuit sandwiches available at all restaurants.

In April 2016, profits surged 35 percent to $1.1 billion to start the fiscal calendar for McDonald’s. U.S. comps hiked 5.4 percent. In addition to the introduction of McPick 2, which has since gone by the wayside thanks to the $1 $2 $3 Dollar Menu, McDonald’s credited all-day breakfast for the healthy results. That was a familiar story throughout the year.

But the dynamic has shifted. It’s not the products, however, McDonald’s is struggling with—it’s the breakfast hours themselves. About 25 percent of McDonald’s sales occur pre-lunch.

“I think some of that is because with everything else going on, we just lost a little focus on that breakfast daypart,” Ozan said at the conference. “It has always been our stronghold.” The daypart, historically, is McDonald’s most profitable. 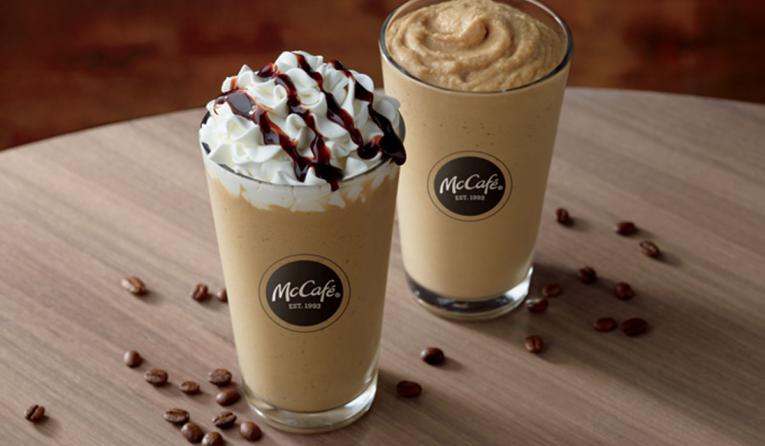 McDonald’s has some plans to reinvigorate sales. Paltry results recently prompted the brand to introduce a 2 for $4 mix-and-match deal on breakfast sandwiches in mid-March. Results from this move should show in the upcoming Q2. CEO Steve Easterbrook, who said he was impressed with the system's ability to onboard that change quickly, also credited increased competition in the breakfast space to a decrease in U.S. customer visits. Dunkin’ Donuts, in one example, launched a tiered menu of its own in April that focuses on $2, $3, and $5 price points. Known as Dunkin’ Go2s, the menu allowed guests to pick from among three of the brand’s most popular breakfast sandwiches, and purchase two of their “go-to” favorites. Morning business accounts for about 60 percent of systemwide sales at Dunkin’, and the chain reported positive year-over-year sales there and sequential gains each quarter in 2017. Q4 and the ensuing Q1 set back-to-back record-breaking breakfast sandwich sales, which have gained sales momentum for seven straight quarters.

“You may see different products coming on $1 $2 $3 Dollar Menu related to breakfast. You may see new products by the end of the year. So, it's now an area of focus where I think we took our eye off the ball on breakfast,” he said.

Easterbrook said McDonald’s all-day breakfast push could have detracted a bit from its breakfast traffic, but it was incremental to the company and not a major painpoint. “That would have been a little shift naturally. But frankly, when you look at literally by our daypart of when we sell the items, you can pretty much decompose how a breakfast business is,” he said.

McDonald’s added barista-style coffee machines at U.S. stores, which Easterbrook said were offering up espresso-based coffees that are now a “more important part of our mix.”

McDonald’s launched new McCafé Cold Brew Frozen drinks June 13 for a limited time. Any of McDonald’s small McCafé espresso drinks, including these blended options, were added to the $2 tier of its new value menu. Last year, McDonald’s elevated the McCafé experience and introduced café-quality espresso beverages to its lineup—Caramel Macchiato, Cappuccino, and Americano.

“As I say, you never, ever want to get away from value, but you don't want to depend on value. So, for us, you're playing—you want a street fight; you want to scrap. It's a market-share fight out here,” Easterbrook said. “So, you never want to give up business, but you don't only want to be scrapping for the short term. You just want to get the balance right between brand advertising, launching new menu items, employer experience, server experience, and still never wandering too far away from the value component.”

McDonald’s even took a page from “Seinfeld” by selling muffin toppers (Elaine Benes once called them “the best part” in a 1997 episode). Additionally, McDonald’s told CBS News customers could “expect to see an elevated McCafé experience in our modernized U.S. restaurants—delicious menu items like muffin toppers, coffee cakes, apple pies with lattice crusts that are baked in-restaurant.” The muffin toppers have been tested in select markets over the course of the past year, with flavors such as double chocolate, blueberry, and lemon poppy. The blueberry option chimes in at 140 calories. Bloomberg reported that McDonald’s tried out coffee cake in the Baltimore area. In May, McDonald’s began piloting a catering menu specifically for breakfast at nearly 200 Florida restaurants.

The menu, offered during breakfast-service hours, featured bundles geared toward six, 12, and 24 guests. Customers could also create their own bundles, with items arriving in quantities of six unless otherwise noted. Guests could choose from breakfast sandwiches, homestyle breakfast items, like hotcakes, snacks and sides, such as apple slices, beverages, and sweats & treats (baked apple pie, cookies). The bundles also featured several premade options.

Whether through menu adds, promotions, off-premises or by leveraging its new digital tools, McDonald’s doesn’t appear content just letting sales shift and flow into other mediums. The chain credited higher menu prices to its comps growth last quarter. Ozan said during an April 30 conference call that McDonald’s increased premium products, like its Signature Recipe Burgers, lifted check averages. So did customers ordering multiple items at once, something Ozan attributed to McDonald’s tiered $1 $2 $3 Dollar Menu, which arrived in January. Price increases and product mix shifts led to the growth, McDonald’s said.

Even being the case, McDonald’s sees the breakfast challenge as a lead priority, and isn’t shying from saying so. It’s U.S. app has roughly 20 million users and could help the chain direct guests back into the daypart. Or perhaps an advertising campaign could be in the works. Whatever happens, don’t expect McDonald’s to simply sit back on its sales-driving heels. Changes won’t wait for the lunch break.