The Next Big Challenge in Chipotle's Comeback

Sales and shares are up, but now it's time for long-term solutions.
Finance | October 2018 | Danny Klein

Chipotle's guacamole was front and center in a National Avocado Day promotion that drove sales up nearly 60 percent.

In the early days of CEO Brian Niccol’s tenure at Chipotle, he often referred to the brand as “invisible,” and said it was reacting to culture, not leading it. The new frontier in the fast casual’s comeback effort: accessibility.

Chipotle has done a markedly impressive job regaining some of the relevancy it lost during a multi-year battle with food safety-soured customer sentiment, which isn’t exactly surprising with Niccol, the former Taco Bell chief and marketing maven, at the helm. Chipotle’s “For Real” campaign even dialed that up another notch this past quarter, but it brought to light what’s becoming the next true challenge for Chipotle.

“We continue to hear that the No. 1 reason that consumers eat elsewhere is because they don't have convenient access to Chipotle,” Niccol said during an October 25 conference call.

Chipotle reported a solid third quarter Thursday afternoon, nearly doubling its earnings per share and expanding restaurant margins to 18.7 percent from 16.1 percent. Same-store sales rose 4.4 percent, year-over-year, and revenue upped 8.6 percent to $1.2 billion. The EPS of $2.16 per share, compared with $1.33 a year ago, beat Wall Street’s call for $2.01.

Shares on the stock market have grown 47 percent since the beginning of the year for Chipotle. While much of that is tied to improved results, the real upward trigger is a long-term play. And that’s where Niccol’s notion of accessibility comes to surface.

The natural cure for this, he said, is expanding the reach of Chipotle’s digital system, and making the chain more convenient for customers. Here, Chipotle dropped an eye-popping statistic during its quarterly review. In the quarter, digital sales boomed 48 percent, accelerating from the year-over-year growth rates the brand saw in the first half of the year. Digital sales now account for 11.2 percent of total sales, Chipotle revealed.

Additionally, the brand’s new digitalized second make-lines are now in nearly 750 restaurants, and are on track to reach every unit in the 2,463-unit system by the end of 2019, Niccol said. That’s roughly a 250 restaurant lift from last quarter, and Chipotle is well on its way to the 1,000 it previously set as a 2018 target.

Digital pick-up shelves, which first tested in New York City, are now live in about 350 restaurants. Niccol said Chipotle would bring those systemwide by the middle of 2019.

The thinking behind the addition, Niccol explained in July, was the idea that many Chipotle locations don’t have a clear-cut area for pick-up orders, which detracts from the experience. In a downtown Denver restaurant, for example, Chipotle cut a window into the wall near the kitchen door, not far from the register, and put a digital pick-up sign above it. That change resulted in a double-digit increase in the store’s digital sales within a few weeks.

This whole concept speaks to the larger issue and opportunity at hand for Chipotle: Guests are still relatively unaware how Chipotle has improved.

“Where we're ultimately headed is we want—I think we're less than 50 percent awareness on these digital platforms,” Niccol said. “We need to improve that dramatically.”

What’s the deal (in some cases literally)?

Chipotle is actively addressing these perception concerns. He said downloads of Chipotle’s app increased 25 percent since last quarter, drawing strong interest from new and infrequent customers, as well as loyal ones.

In Q2, Chipotle brought DoorDash on as a delivery partner and added direct delivery capabilities from its app and website this past quarter. This allowed Chipotle to pulse a free delivery promotion from its app in September, which accelerated delivery sales, Niccol said. “We continue to see good incrementality in delivery and we see very little customer overlap between our in-app delivery and our third-party delivery partner app,” Niccol said. “We are pleased with how delivery in our app is attracting and retaining new and lapsed customers, and the results we're seeing across our delivery channel has validated our strategy to be available wherever and however our guests want to access us.”

He added that Chipotle is currently seeing delivery times south of 30 minutes.

A separate initiative that gained a lot of early buzz, but hasn’t been talked about in recent reports is Chipotle’s digital pick-up lane restaurants. Basically, drive thrus where guests can’t actually order from a window, but are able to pick-up without leaving their cars. He said Chipotle would expand this test to additional restaurants in 2019 across several markets.

“It's clear from these tests that our guests appreciate the added convenience as these restaurants generate digital sales that are far above our national average. This format is also a win for operations, as the window leverages our digital make-line,” he said.

Chipotle is also in the very early stages of a loyalty test that launched September in three markets: Phoenix, Kansas City (Kansas and Missouri), and Columbus, Ohio. The new Chipotle Rewards platform can be signed up from the app or website. Guests who enroll earn 10 points for every $1 spent, with 1,250 points resulting in a free entrée. It’s really Chipotle first foray into the space after its three-tired Chiptopia effort from July 2016 that ran the company millions and returned extremely mixed results. The summer-focused promotion gave guests free meals after their fourth, eighth, and 11th visits each month. This 33 percent return rate was simply not a solution for Chipotle’s customer issues stemming from the 2015 E. coli crisis. The company also ended up forking out roughly $20 million to more than 85,000 Chiptopia members who qualified for the biggest draw—a catering package for 10 worth about $240. In the end, the program was a traffic draw but failed to inspire any real lasting loyalty. 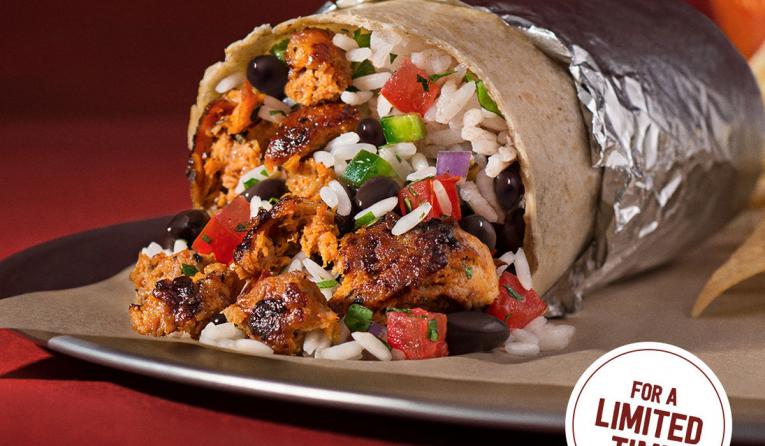 Chipotle brought back Chorizon as a limited-time offer this past quarter.

Niccol said the new test, while early, is returning promising results. “… we're seeing people that have less frequency entering the program,” Niccol said. “And we don't have enough time to truly understand what ultimately is going to be the impact on their frequency. But we're very excited about the cohort that we're seeing come into the loyalty program in the early days.”

In September, Chipotle unveiled its new tagline and ingredient-driven campaign, which was the largest in terms of spending within a quarter in company history. “Chipotle, for Real,” was a return to the company’s mission and roots, and highlighted the company’s list of 51 ingredients.

Niccol said the national TV push would continue through the middle of November, and the “For Real” messaging would remain visible on digital and social channels for the balance of the year. “We are making much better use of our advertising budget by more effectively communicating who we are and by being in better communication channels, thereby increasing our resonance and visibility,” Niccol said.

John Hartung, Chipotle’s CFO, provided some color into how effective the campaign was on a month-to-month scope. During Q3, Chipotle was seeing comps in the mid-single digits in July and August, before softening to low-single digits in September, when measured year-over-year against the queso launch in 2017. Then came the “For Real” campaign in late September, and comps moved back up and are running 4 percent so far in October.

“… probably the two biggest focus areas here in the very near-term are the visibility of the Chipotle brand and purpose,” he added. “Because I think we're creating a new category with folks, and changing food culture. And when we're much more visible with it, customers respond.”

Moving forward, the company wants to stay in the 3 percent range for marketing spend, Hartung said. 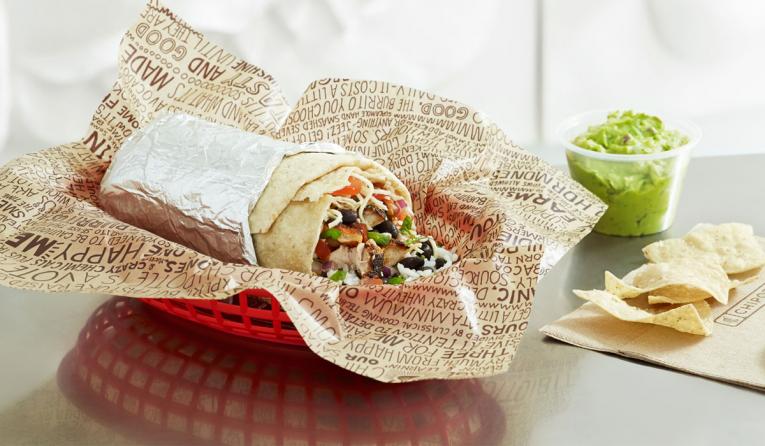 Chipotle closed 32 restaurants this past quarter.

Closures, and how Chipotle broke the Internet

On the growth side, Chipotle opened 28 new restaurants in the quarter and expects to be at the lower end of its earlier 130–150 new openings guidance for the full year. Positive debuts are leading to accelerated growth, however.

“Our new restaurants this year have opened at stronger levels, and we continue to emphasize high-quality, high-returning new restaurants as we build out the pipeline,” Hartung said. “As a result of these strong unit economics, combined with a healthy pipeline for next year's openings, we expect to open between 140 to 155 new restaurants in 2019.

One of the more buzz-worthy events in the past year was Chipotle’s National Avocado Day promotion that drove sales up nearly 60 percent the first day (it extended to two) and generated the most new app downloads in a single day. The free guacamole promotion led to nearly 700,000 avocados being used—200,000 more than Chipotle’s average. In total, the brand cooked up the biggest summer sales performance in its history.

Hartung said it had a “theoretical” impact on Chipotle’s margin but not enough to call out. Guacamole comes with more than 50 percent of Chipotle’s typical transactions and he said it was an investment worth making due to how many people it attracted into its digital platform.