Innovation is touching almost all aspects of the brand from store operations and delivery to app development.
Finance | February 2019 | Rachel Taylor

Dunkin' continues to make strides in its goal to become a beverage-led brand.

Coming off of a transformative year, Dunkin’ reported a mixed fourth quarter to close fiscal 2018. Despite Wall Street’s mild response to the numbers, though, chief executive officer and president David Hoffmann expressed optimism about Dunkin’s recent changes and what they mean for the near- and-long-term future of the brand.

“2018 was a foundational year for both Dunkin' and Baskin Robbins. Together with our franchisee and licensee partners, we achieved many significant milestones that will unlock healthy growth and modernize our brands for the next generation of consumers,” Hoffmann said during a February 7 call.

From menu simplification to a new name to the rollout of its next-generation restaurant design, Dunkin’ kicked off a five-year transformative plan in various steps throughout 2018. In 2019, Dunkin’ said it is focused on building upon the blueprint. The five-year plan is guiding Dunkin’s efforts to excel in areas like brand relevance (focusing on the new name, which dropped “Donuts” in September), restaurant-level excellence, net unit growth, and menu innovation (the launch of espresso and expansion of Dunkin’s product offerings as it progresses to a more beverage-led positioning).

“I don't think there's many brands that could have done all of these things that set us up for the future [this past year], but this is a journey with our franchisees,” Hoffmann said. “And this is a five-year plan to transform a 70-year-old brand into a beverage-led, on-the-go brand. So, this isn't going to happen overnight. We like what we've planted in 2018, and we're excited about what that's going to produce in 2019 and beyond.”

U.S. same-store sales for Q4 were flat and plus 0.6 percent for the full year. “Although comparable store sales were disappointing, overall sales accelerated out of the quarter,” Hoffman said. Dunkin’s overall revenue grew by 1.5 percent in the quarter and 3.6 percent in fiscal 2018.

Dunkin’ more than doubled its goal when it came to opening next-generation stores. The company ended the year with 130 new and remodeled units across the country. Hoffmann said that 90 percent of that growth was outside of Dunkin’s core Northeast markets as well. In addition to the next-gen stores, Dunkin’ franchisees debuted around 278 Dunkin’ locations in 2018.

“We will focus on remodels and relocations. Our franchisees are appropriately cautious about committing to build and remodel multiple restaurants before the new image has been in the system for some time,” Hoffmann said. “However, I am confident in the strong results we are seeing out of the 130 next-gens.”

Growth and remodels are expected to continue over the next five years. The goal is to open between 200–250 new locations each year. In 2018, Dunkin’ expects to be at the low end of that goal. And Dunkin’ should see a quick sales lift from the more profitable updated units. 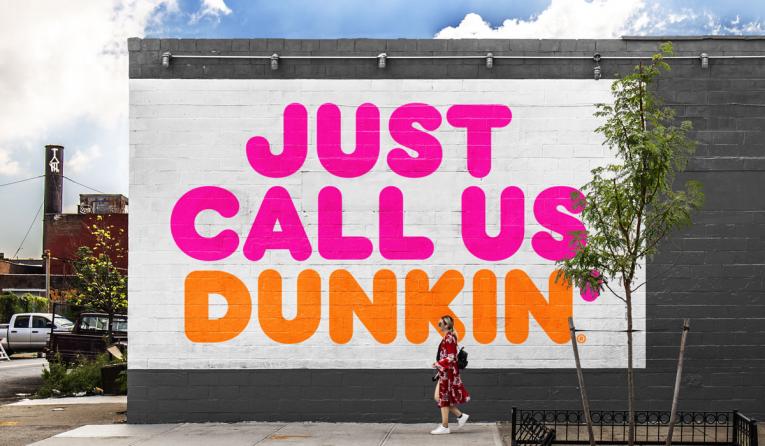 2018 was quite a year for Dunkin'. It even involved the dropping of "Donuts" from its name.

In order for the next-gen stores to succeed, Dunkin’ closed some non-traditional and first-generation stores in 2018. This trend will continue as Dunkin’ optimizes its footprint.

“The types of restaurants we are closing include self-serve and other non-traditional locations that don't provide the full Dunkin' experience. While non-traditional sites will continue to play an important strategic role for Dunkin', we are going to be more selective in the types of units we pursue,” Hoffmann said.

“We're thrilled about next-gen,” Hoffmann added. “We like what we're seeing out of that with the customers responding to the front-forward bakery cases, the tap systems, the efficient mobile order pickup. So, all of that has been really tremendous for us.”

Hoffmann said Dunkin’ is taking its time with remodels to get cost engineering right so franchisees can get a quick return.

“I can tell you the system is solidly behind this, but we don't want to rush anything out and have to do a reset on that,” he said. “I think you'll see here shortly that we're going to release this to the entire system, but that's what plays into that overall factor.”

“We're thrilled with the numerator in there. We're just making sure the denominator is right before we release that to the full system,” Hoffmann said.

Espresso and afternoon drive the future

Dunkin’s espresso rollout created a stir toward the backend of the year. So far, the move is paying dividends, Hoffmann said. The investment was heavy. Dunkin’ installed new espresso machines in more than 9,000 restaurants and trained upward of 100,000 employees.

Espresso marked a new phase for Dunkin’. But one the company had to invest in, Hoffmann said, especially as millennials and Gen Z alter coffee preferences. The launch may have impacted short-term sales, but will become a big driver for Dunkin’ over the next few years. 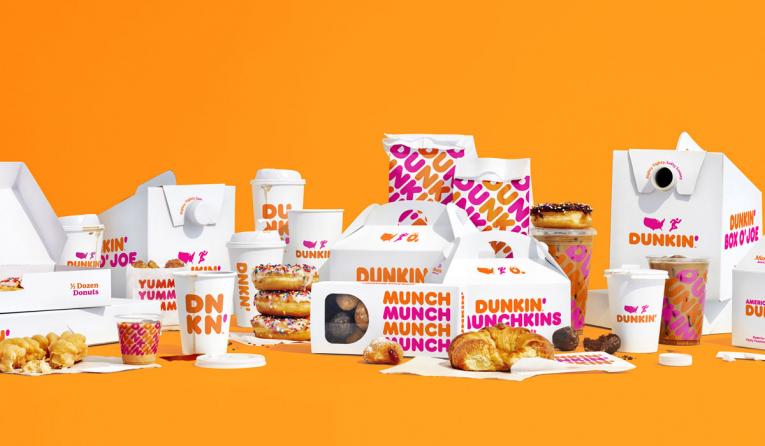 Espresso is helping Dunkin’ capture the afternoon crowd, too—a major target for the brand it hopes will set it apart from its largest competitor. Q4 marked the third straight quarter of positive results for the afternoon segment.

“We knew we needed to attack it. We've been so strong in the morning, and this was a big opportunity,” Hoffmann said. “We think that's a lot of white space for us, and again, early days, but we like the improvement that we've made in the p.m. business, it's the combination of great products at a compelling price. That one-two punch is what's driving that success.”

Espresso hasn’t hurt Dunkin’s standing as an on-the-go brand, either.

“We've also seen no material impact to speed of service in the restaurants, which has been critical … and that's not just six weeks closing the quarter, that's the 10 weeks that we're in today,” Hoffmann said.

“No one is waking up wondering where they can get a latte, but where can they get a fast latte at the speed of Dunkin'?” Hoffmann added. “That's really what we think is our point of differentiation."

With other brands like Starbucks partnering with delivery services, Dunkin’ found it necessary to break into the segment.

"Grubhub is No. 1 in the delivery space, and we're excited to add them to our list of high-quality partners,” Hoffmann said. “We're starting with a small alpha pilot and will look to expand to a larger-market test in the near future."

Dunkin’ and Baskin-Robbins work with other delivery services, like DoorDash, and will continue to do so. Grubhub was an ideal fit, however, to expand into a more targeted test.

“What we're evolving to is a far more typical loyalty-type program where the incentives will be personalized and customized based on driving more incremental traffic." — Tony Weisman, Dunkin' CMO.

“It feels like there's real synergy here between us and Grubhub, a real similar view of how to optimize the customer experience and make it not just really easy, intuitive, and frictionless to the consumer, but very easy on our store operation so that there's no impact on customers who happen to be coming in or driving through the store,” Weisman said.

Convenience, speed, and easier on-the-go ordering have been the main focus of two app refreshes over the past year. “In fact, last week was our most recent app refresh, making it even simpler and faster to go from opening the app to completing the transaction,” Weisman said.

The app development is a continual process as customers’ needs evolve. “There is tremendous power still to be tapped from our digital platform,” Hoffmann said.

At the end of January, Dunkin’ surpassed 10 million Perks members since launching the program five years ago. Perks members represent 12 percent of visits with 3 percent on-the-go mobile, Weisman said. But that 3 percent figure can be misleading. “It can be as high as a third of the business in some heavily trafficked, non-drive-thru, in-line stores, where we see a tremendous amount of consumer positivity and stickiness,” Weisman said.

The next-gen stores have new, more prominent stations for mobile orders that simplify and speed up the mobile ordering process as well.

Moving forward, the focus of app development is shifting toward personalization and customization. During the espresso launch, for example, Dunkin’ tested a program where there were three tiers of points members could earn based on their interactions. The higher points translated into bigger incentives.

“What we're evolving to is a far more typical loyalty-type program where the incentives will be personalized and customized based on driving more incremental traffic,” Weisman said.

Another barrier Dunkin’ has seen with customers shying away from becoming a Perks member is the need to pre-load a credit card onto the app. A new multi-tender test will begin soon. High levels of concern about security are factoring in as well.

“And, with the card-free acquisition, we can be faster to market and more flexible with our digital initiative,” Hoffmann added