Pollo Tropical is on a Quest for Millennial Customers

The chicken chain hopes to ignite delivery, loyalty, and other initiatives that reflect an improved brand.
Finance | May 2019 | Danny Klein

One of the most interesting learnings to emerge from Fiesta Restaurant Group’s “strategic renewal plan,” completed this past December, was the notion of customer perception.

In one example, Pollo Tropical rebranded its catering efforts earlier in the year under the banner “Catering by Pollo Tropical.” Fiesta built the platform to serve B2B and B2C markets alike, with equipment investments for hub units, delivery vehicles, and the introduction of a ghost kitchen in Florida’s Miami-Dade market.

But one hurdle surfaced: B2C customers equated the term “catering” with “expensive.” The company responded by testing alternative promotional positioning, CEO Richard Stockinger said. Such as emphasizing the party planner image for informal, family or social gatherings with a “Party by Pollo” tag.

The strategy shift is just one of several taking hold at Fiesta. The parent company of Pollo Tropical and Taco Cabana reported a mixed first quarter to start fiscal 2019.

Last December, the company shuttered 14 locations in Florida and Georgia, including all nine Pollo Tropicals in the greater Atlanta metropolitan area.

In Q1, same-store sales declined 2.6 percent at Pollo Tropical compared to a 1.1 percent boost in the year-ago period. The comp consisted of a 5.5 percent drop in comparable transactions and a 2.9 percent increase in average check, inclusive of 3.5 percent in pricing.

Taco Cabana’s comps fell 0.5 percent versus a 1.7 percent decline last year. The Q1 figure comprised of a 3.6 percent increase in average check, inclusive of 3 percent in pricing, and a 4.1 percent dip in traffic. 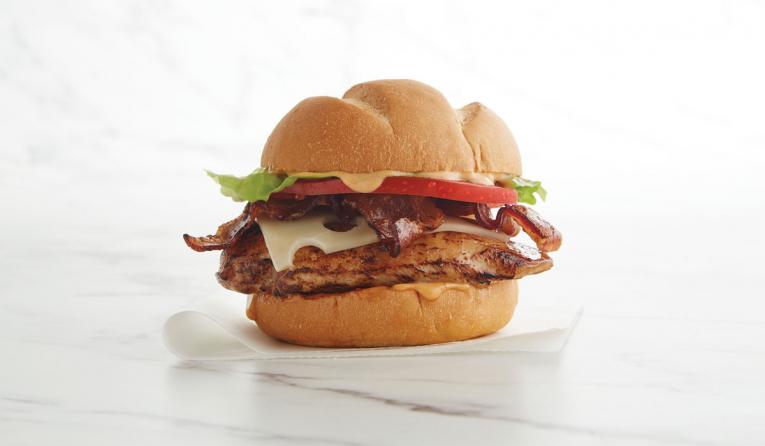 Fiesta is still in the early stages of delivery with DoorDash.

Fiesta’s recent digital efforts opened the data gates. The My Pollo loyalty program launched in December and had more than 130,000 members by May.

The company also features north of 534,000 customers in its email club, which functions essentially the same as its app. Pollo Tropical promoted the platform with digital ads, social media, e-club mailings, in-restaurant POP displays, and sign-ups at local-store marketing events. Average check is higher with members than non-members, but it also allows the company, perhaps more notably, “the opportunity to learn more about what our guests want and better target our marketing efforts by accumulating and analyzing customer purchasing data and habits,” Stockinger said.

And back to the perception note, Fiesta observed an interesting reality from the results. Millennials rated the brand higher than non-millennials, in regards to net promoter scores, at both brands. “That is a significant opportunity to any restaurant leader,” Stockinger said. “Now we just have to go out and get those millennials to try us.”

Fiesta is ratcheting up social media and investing more ad dollars into digital to get there. It’s putting together programs that identify markets to target and circle specific guests segments within those DMAs.

“It’s not as much drive off of TV,” Stockinger said, adding Fiesta is still using the medium. “It’s bringing that social and digital platform. Basically, what our competitors are doing. But to us, we feel a huge opportunity in both brands [with] millennials.”

Another area is delivery. At Pollo Tropical, the opportunity is still in its infancy. The company announced a partnership with DoorDash just this past February. At launch, the service reached all company locations.

Stockinger said it’s currently representing only 2–2.5 percent of total sales, though. In time, he expects it to mix 10–15 percent, like the brand’s competitors, which would make the cost equation a more appealing one.

It’s been expensive to date, Stockinger added, and impacted the company’s margins negatively, despite the lower figures. But it’s still an early innings project.

“I still believe that, especially with the millennials, this is what you have to do,” Stockinger said. “This is part of their lifestyle. So if you want to operate in this arena, you have to play the game.” 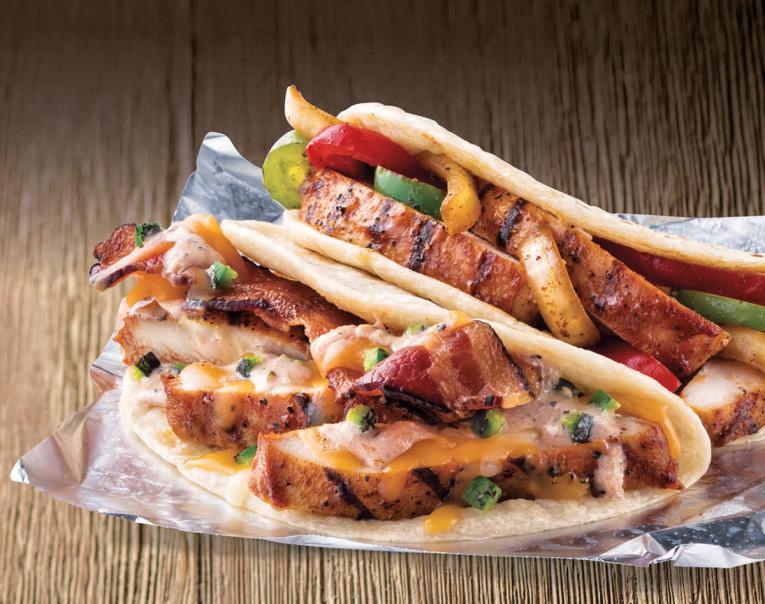 Taco Cabana could test a simplified menu later in the year.

Like many areas of its business, Pollo Tropical relaunched its “Pollo Time,” everyday platform in February. It makes up 10 percent of the chain’s total sales mix and 17 percent of its entrée mix.

Stockinger said it’s developed into a critical lever, because the poverty levels in many of its core markets are significantly higher than the national average. So even though check average is rising, the company wants to make sure it embeds daily value positioning into its offerings. The Pollo Time platform is going to be a permanent section of the menu, Stockinger said, and the company will concentrate on add-on sales as it has during the early months. It also doesn’t want to push price further than it has to in 2019, and isn’t looking at taking any significant bump for the remainder of the calendar.

In the past couple of years, Pollo turned focus to its core South Florida stores, and curbed expansion in markets where it lacked awareness and didn’t fit the demographic bill. But, as noted by earlier sales strains, the chain is seeing cannibalization from new development as well as competitive intrusion, Stockinger said.

That effective radius is expanding, however. Pollo witnessed “very strong sales growth in Orlando,” Stockinger said. Also, more modest increases in the Southwest and North Florida markets. “Seeing this performance in geographies outside of Miami-Dade, Broward and Palm Beach counties provides us significant optimism for the potential of improved sales and margins outside of these core markets through our brand repositioning efforts,” Stockinger said.

Essentially, this version of Pollo Tropical travels better than the old one.

“We're very excited to see the positive impact of the improved products and the renewal plan that is having now a drive to bring in guests, new guests, guests coming back more often, where that top line is improving, in some areas, double digits, which of course improves the margin level,” Stockinger said.

Pollo Tropical served as Fiesta’s primary marketing vehicle in Q1. The chain pushed a $3.99 quarter-chicken meal on lunch weekdays, $5.99 half chicken meal on dinner weekdays, and $12.99 original family meal on weekends. The campaign was promoted on TV with guest testimonials and an increased emphasis on food quality—something key to the brand’s relaunch last year when 90 percent of the menu was touched.

In Q1, Pollo Tropical rolled out portable point-of-sale tablets with secured payment across. Stockinger said the tech improves speed of service and improves guest interaction in the drive thru. Kiosk tests are coming in the next two months as well.

Additionally, after a pause, Pollo Tropical resumed remodeling efforts with 10–13 facility upgrades planned for the year “in order to better match our restaurant’s interior to the quality of our food.”

The company expects to spend roughly $3 model on the program.

Like Pollo Tropical, Taco Cabana propelled into the digital arena recently. The MY TC! loyalty platform, launched last September, has about 112,000 members. The email program counts 300,000 or so. Also in the same vein, loyalty members spend more. To that end, Stockinger said, the brand actively promoted MY TC! to gain sales benefit as well as collect data. In time, Taco Cabana will better target marketing efforts by accumulating and analyzing customer purchasing data and habits, Stockinger said.

A differentiating element is alcohol sales. They represent one of the main restaurant-level margin drivers at Taco Cabana. The chain plans to test and expand the selection at all restaurants, Stockinger said, including rum, tequila, wine, and beer options.

The company has a simplified menu pilot slotted for later in the year to improve efficiency and complexity, and take order points off the menu. Taco Cabana upgraded its POS tablets, too, and is working on expanding functionality to its enhanced patio program.

In an effort to reduce costs, Taco Cabana upped the usage of shift leaders to promote leadership development.

Like Pollo Tropical, Fiesta has $3 million planned to remodel 10 Taco Cabana units in 2019.