The day-to-day grind of the restaurant industry tends to crack the crystal ball. For example, a decade ago, off-premises represented roughly 15 percent of barbecue chain Famous Dave’s total sales. Today, it’s close to 55 percent. And now, the legacy brand is looking at drive-thru restaurants and even kiosks. Was that in the 2020 look-ahead cards back in the day? Probably not.

But with all of that long-lens uncertainty aside, it’s probably safe to assume restaurants—from a top-line and traffic growth perspective—are going to limp home in 2019.

TDn2K’s latest restaurant industry snapshot provides plenty of ammo to be pessimistic about restaurant sales growth in December. Firstly, at 2.1 percent same-store sales, December 2018 was tied for the strongest month last year, which means a tough comparison. More notably, though, the shift of Thanksgiving into December of 2019 converts from tailwind to headwind this month. “Expect for casual dining, upscale casual, and fine dining to have abysmal sales and traffic growth numbers,” TDn2K said.

Additionally, a softening economy continues to hinder consumer spending. And then there’s this reality, which has been a repeat point throughout the year: As long as the economy keeps growing, slower or not compared to past months, and labor markets remain tight, restaurants will struggle to find and retain qualified employees. That’s not shifting. The unemployment rate ticked down to 3.5 percent from 3.6 percent in November, back to the 2019 low, and matching the lowest jobless rate since 1969. Meanwhile U.S. restaurants added 25,300 jobs in November and 308,700 over the past year, according to new data from the Bureau of Labor Statistics.

For chains specifically, net growth in the number of locations was 1.5 percent, year-over-year, according to Black Box Intelligence’s Market Share Report. So, the challenge at hand deepens: Despite low unemployment levels, chain restaurants are still adding units and trying to fill additional positions. Per TDn2K’s People Report, year-over-year job growth is 2.64 percent currently (2.62 percent in September).

And while all of this takes form, turnover rates for restaurant employees and managers remains rocky. In the case of hourly crew members, turnover increased slightly in October after a small drop in September, TDn2K said. That might be a good sign, but these figures have improved only to degrade quickly in the past. The sample size currently just isn’t large enough. “It seems the industry has reached its ceiling in terms of hourly employee turnover and is now moderating,” TDn2K said. “The relentless climb in turnover rates may be over, but considerable easing of turnover pressures are not expected considering the tight job market.”

Management turnover has alternated between rising and decreasing for three consecutive months, which also suggests stabilization of a sort. It’s likely many brands have found a winning formula compared to past years when this problem really started to manifest. Also, systems and store designs that better leverage decreased staffing levels, like smaller dining rooms and more automation.

Either way, the ability to staff correctly, operate efficiently, and retain top-level employees will continue to separate the leading brands as rising wage rates pressure the labor line. 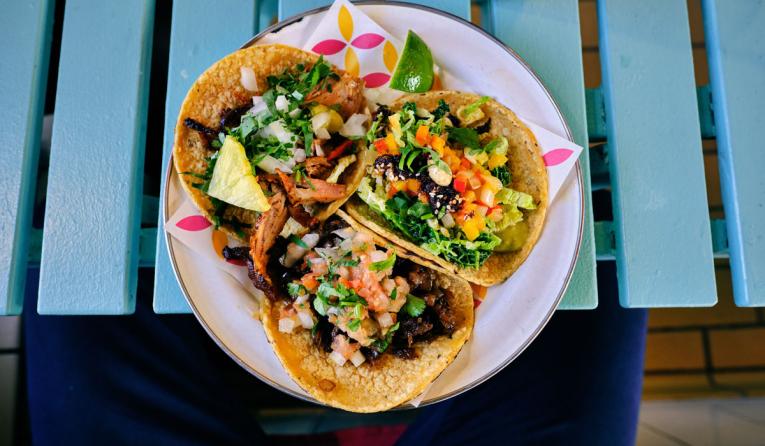 This past month was an interesting one for restaurants, Top-line numbers showed robust sales growth at 1.6 percent—the third straight period of positive gains and the strongest month since January. However, the figure was largely due to a favorable shift in the Thanksgiving holiday.

Since the occasion was celebrated late in November, TDn2K’s reporting convention considered it occurring in December. Thanksgiving typically represents lower sales volumes for most industry segments.

While restaurant sales were lower for November of 2018, this year’s result did not include the same holiday headwinds. This effect will be reversed in December. Hence, the expected soft results.

Expect household spending to expand moderately at best over the next six months, assuming a modest trade agreement. That means restaurant demand is likely to be largely flat.

The best way to illustrate the dynamic is to look at the first three weeks of November, said Victor Fernandez, VP of insights and knowledge at TDn2K. “Two of the first three weeks of the month had negative same-store sales,” he said in a statement. “Additionally, the month-to-date growth rate by the end of the third week was [negative] 0.3 percent. But comparing a regular week to Thanksgiving week last year meant the fourth week of the month had positive same-store sales growth in the double digits, which was enough to elevate the month’s overall growth rate by almost 2 percentage points.”

Even with the favorable comparison credited to Thanksgiving rolling into December and the fact same-store traffic hit double-digit growth during the last week of the month as a result, the industry lost guests again. Same-store traffic growth in November was negative 0.9 percent, year-over-year. While the best overall result since January, it’s worth noting traffic fell 3.1 percent for the first three weeks of the month. That might provide a clearer view of November’s true performance versus its actual one.

Naturally, the best-performing segments in November were those whose sales were most negatively affected by Thanksgiving: fast casual, upscale casual, and casual dining. These brands often close, or simply don’t welcome the same kind of business. Some get a boon out of it, like Cracker Barrel.

“With trade pressures easing, economic growth has begun to stabilize at the expected modest to moderate 2 percent pace,'' Joel Naroff, president of Naroff Economic Advisors and TDn2K economist, said in a statement. “So far, fourth quarter data has been disappointing and while online Black Friday sales were strong, brick and mortar activity fell sharply. That points to decent, but not great, overall holiday shopping. Unfortunately, with consumers making more purchases from home, a trend that shows no signs of lessening, eating out is likely to be limited.”

“The more moderate pace of consumption implies the softening in hiring and income growth should continue,” he added. “That is likely to be the case even if a so-called ‘phase one’ China trade agreement is signed sometime over the next few months. It eases tensions but doesn’t significantly change the economic fundamentals. And it isn’t certain an agreement will happen. Consequently, expect household spending to expand moderately at best over the next six months, assuming a modest trade agreement. That means restaurant demand is likely to be largely flat.”

By region, Texas was the only market of the 11 TDn2K measures that experienced negative sales in November. The Mountain Plains was the strongest at 3.6 percent and traffic of 0.61 percent. Texas saw those numbers decline 0.15 percent and 2.71 percent, respectively. Seventy-one percent of local markets were positive. Twenty-nine percent experience negative market sales. In October, only 53 percent of local markets had positive sales.