Starbucks’ decision to temporarily close more than half of its 4,292 China restaurants cast a shadow over another stellar quarter. The brand was poised to raise certain aspects of its full-year fiscal 2020 guidance but, given “the dynamic situation unfolding with the coronavirus” in China, CEO Kevin Johnson said Tuesday afternoon, Starbucks decided to reaffirm its current outlook at it gauges near- and long-term impact.

CFO Pat Grismer said the magnitude of Starbucks’ 2,000 or so store closures would depend on the duration and how many end up having to go dark. “We will need to move beyond the extended Chinese New Year holiday season to assess how the situation may be stabilizing and what the implications are for store closures,” Grismer said.

He added it probably won’t be until early March for Starbucks to reasonably measure the implications for revenue, operating income, and earnings per share concerning its second quarter and 2020 outlook. At the latest, Starbucks expects to provide an update in April when it releases Q2 results.

China accounts for roughly 10 percent of Starbucks' total sales, more than 10 percent of operating profit, and about half of its international segment comp, per BTIG analyst Peter Saleh.

Among the challenges at hand, Grismer said, Starbucks needs to manage wage costs during the closure period. Saleh wrote in a note he believes Starbucks will continue to pay employees. Johnson added the brand was currently focused on caring for the health and well-being of workers and supporting health officials as they try to contain the coronavirus—a viral outbreak that has killed more than 100 people.

On the ground, Starbucks adjusted menus due to supply chain issues and altered store operating hours given consumers continue to steer clear of commercial areas.

John Culver, Starbucks’ group president of international, channel development and global coffee and tea, said the chain has delivery available to customers from still-open stores. “We've been in the market for 20 years and we have built an admired and trusted brand and we will continue to play the long game in China as we navigate in the coming weeks and months,” he said.

Starbucks’ shares fell about 1 percent after-hours on the news. Again, it clouded a first-quarter report that showed positive growth across many of the brand’s key initiatives.

Starbucks’ reported adjusted earnings of 79 cents per share on $7.1 billion in sales—sailing the 76 cents predicted by Wall Street. Global same-store sales rose 5 percent, driven by a 3 percent increase in average ticket and a 2 percent boost in traffic.

Notably, Starbucks’ U.S. comps bumped 6 percent, with transactions accounting for half of the growth. Starbucks’ stateside traffic has hiked 3 percent, year-over-year, for three consecutive quarters. As you can see below, the chain has rerouted traffic and top-line concerns that flashed in early 2019. 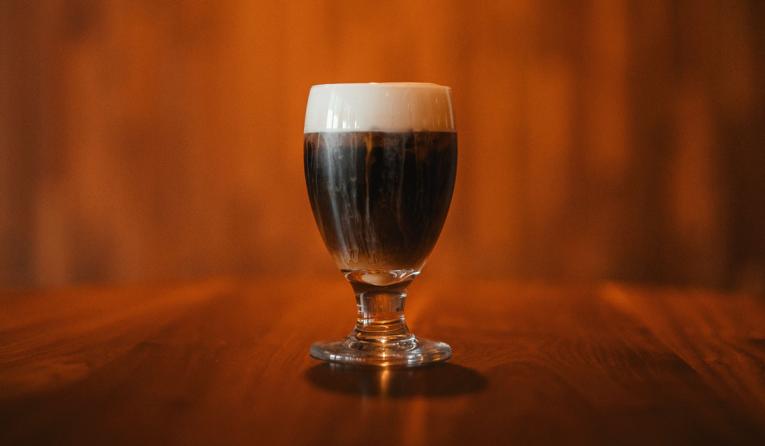 Rewards, AI, cold results, and more on the China situation

Starbucks added 1.4 million customers to its 90-day active Starbucks Rewards member base in Q1, which marked an internal record for the company and the strongest growth rate in three years. It brought Starbucks’ industry-leading platform to 18.9 million active members, up 16 percent over last year. As is often the case, and Johnson alluded to Tuesday, Starbucks’ rewards members outspend other guests “meaningfully,” in terms of total dollars.

Looking at this through the China lens, and what kind of impact could await, Starbucks hosts another 10.2 million customers on its Rewards program there—a robust 40 percent growth from the prior-year period when the program was relaunched. Mobile orders reached more than 15 percent of total sales in Q1 compared to 10 percent last quarter (9 percent delivery and 6 percent mobile order and pay). Factoring in retail products, Starbucks has more than 100,000 points of distribution in China.

Turning back to the U.S. and rewards, Starbucks has successfully funnel members into the platform since it launched a multitier redemption structure last April. Since, Starbucks witnessed annual member lift of 2.7 million people.

Spotlighting the beverage note, the segment led Starbucks’ comps growth for the sixth straight period, pushing about 5 points of the figure with strength across all beverage categories. Food contributed the remaining point.

“Our cold platform continues to resonate with customers during all seasons and was our primary growth engine for the quarter led by cold coffee,” Grismer said. “Importantly, the growth in cold beverages in Q1 occurred in all dayparts and all regions, reflecting broad appeal across our customer base.”

Starbucks shifted in recent quarters away from Frappuccino-centric LTO deals to platform innovation. All the while expanding nitro throughout its base. In Q1, this strategy manifested via cold brew and cold foam creations—Pumpkin Cream Cold Brew and Irish Cream Cold Brew. The strategy allows Starbucks to build around a menu construct customers are familiar with instead of trying to pulse new news into a product launch each time. Importantly, it also reduces strain on Starbucks’ supply chain and training at the store level—a critical push as the brand looks to reduce task hours for employees so they can focus more on customer-facing activities and separate Starbucks from independents and convenience-fueled competitors.

Brewer provided some updates into Starbucks’ “Deep Brew” program as well, which refers to the company’s suite of artificial intelligence solutions quietly being developed over the past year or so.

One of the strongest pieces of innovation, Brewer said, is coming from adding its Mastrena 2 machine (an espresso device installed in 900 locations last year). Starbucks has 4,000 of them coming in 2020. The machines are loaded with AI capabilities and “where we'll see the most significant deliverable around how we will integrate AI into understanding how to deliver the best coffee experience and also reducing the amount of time it takes to deliver and then giving us a chance to provide a variety of coffee to our customers,” Brewer said.

READ MORE: Why AI is a ‘differentiator for the future’ at Starbucks

Worth noting: The equipment advances Starbucks’ espresso preparation by pulling three shots at a time instead of two. In the older units, employees have to pull a double shot and then another single for any beverage that calls for three. That functionality significantly reduces the amount of time an employee needs to prepare drinks.

Also, to Brewer’s point, Mastrena machines feature Internet of Things sensors built in that provide telemetry data that flows into Starbucks’ support center. The company can see every shot of espresso that’s being pulled, and if there’s a product that needs tuning or maintenance.

The AI system’s predictive analytics can determine if the machine needs preventative work even before it breaks, too.

Additionally, Starbucks’ delivery platform now includes 3,500 units across 49 markets. Last year, there were just 115 stores with no marketing against it. “Our stores are equipped from a technology standpoint. The partners are well trained in terms of how to handle the trade-off between the transition of the beverage to the pickup delivery person. So operationally it's working extremely well,” Brewer said.