Fiesta Restaurant Group announced Monday the closure of 19 Taco Cabanas in Texas, effective immediately. The company said “nearly all” employees impacted would be offered positions at other locations.

Fiesta president and chief executive Richard Stockinger said the company, which also directs Pollo Tropical, began to implement a margin improvement plan in the fourth quarter that should improve restaurant-level adjusted EBITDA margins by roughly 200–300 basis points in 2020 versus 2019. But that includes “efficiency initiatives in operations across food and operating expensive categories,” and the shuttering of 19 underperforming units.

“These closures eliminate all stores with significant losses, which we expect will result in a highly viable portfolio of restaurants,” he said in a statement.

For the 12-month period that ended December 29, the 19 Taco Cabana units contributed about $24.5 million restaurant sales and an estimated $4.2 million in restaurant level pre-tax operating losses, including $2 million in depreciation expense. 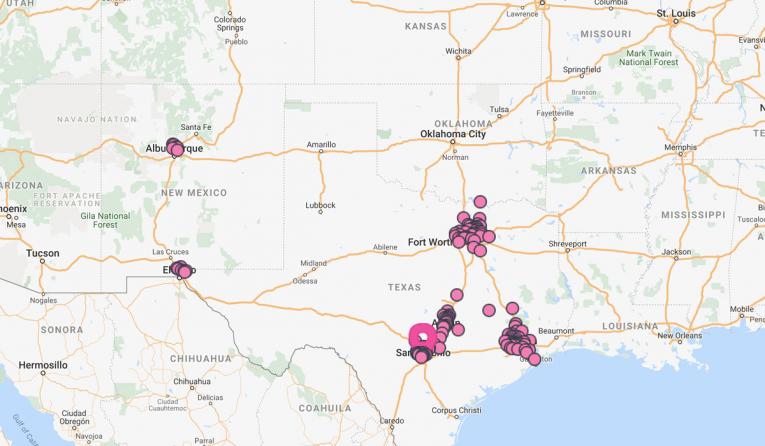 Taco Cabana has infused value into its everyday menu with TC Time.

Taco Cabana’s Q3 restaurant sales decreased 6.3 percent to $75.3 million from $80.4 million due primarily to the comps decrease and six fewer restaurants in the base, year-over-year. Off-premises comprised 3.6 percent of total restaurants sales (it was 1.4 percent in Q3 2018).

The brand’s comps dropped due to a 5.6 percent decline in traffic. Average check rose 0.8 percent thanks to menu price increases of 1.4 percent and higher-ticket sharable items. However, the company’s value platform, “TC Time,” which launched in September, offset the gain somewhat. Taco Cabana also took a 20 basis-point hit from weather-related flooding that resulted in certain store closures.

Stockinger said in November that Taco Cabana was “seeing early signs of sales transactions stabilization based on recent results.”

“We’re in the process of simplifying the menu and operations platform to improve efficiency and customer service and will combine those efforts with continued improvement in promotion effectiveness and off-premises channel sales to return to growth,” he said. “This brand has a long and successful legacy in the Texas market and the management team is very focused on regaining momentum.”

Additionally, Taco Cabana rolled a low-price menu to its catering platform at the end of September. Delivery mixed 1.4 percent of total sales, too.

At the end of last quarter, Fiesta had 141 company-owned Pollo Tropicals and 31 franchises to go along with its Taco Cabana footprint. Pollo Tropical’s same-store sales fell 3.8 percent in Q3, year-over-year.

Fiesta launched a “strategic renewal plan” in early fiscal 2017. It was coming off same-store sales declines of 4.5 and 6.7 percent, respectively, at its brands, and the closure of 30 restaurants.

The company made two executive hires in 2019, adding Dirk Montgomery as CFO and Hope Diaz as CMO.