There are similarities and differences, but some core practices never change.
Franchising | October 2019 | Danny Klein

Qdoba has more than 700 locations.

Five years ago, Matt Herridge saw diversification as the right franchise play. His Charton Management, Inc. had grown its holdings to 24 Burger Kings. But Herridge, whose family spent three decades in the business, wanted to dip into the fast-casual sphere.

The company sold 15 Burger Kings and linked up with Qdoba in the Midwest. Growing a fast casual alongside a fast-food giant has proven an interesting road. As has grappling with rising off-premises and tech demands, from catering to take out, and trying to drive in-store traffic amid a landscape where convenience and quality are quickly melding. Having one or the other, and expecting customers to trade off, isn’t what it used to be.

One thing, however, remains steadfast across segments: real estate. Herridge likes to target sites where they can own the land, and has two Qdobas currently under development.

The Mexican chain was sold to Apollo Global Management in March 2018. Jack in the Box dealt Qdoba for roughly $305 million in cash. When Jack in the Box bought the brand in 2003, it had 85 locations in 16 states, with $65 million in system-wide sales. At sale, it represented the second largest fast-casual Mexican food brand in the U.S. (behind Chipotle), with more than 700 locations in 47 states, the District of Columbia and Canada, and systemwide sales of more than $820 million in fiscal 2017.

READ MORE: Where does Qdoba rank in America's top-grossing brands?

There have been no shortages of trends to satisfy and initiatives to implement lately for the brand. Herridge took some time to chat with QSR about his franchising career, what lies ahead for Qdoba, and what it’s like growing concepts in both sides of the quick-service industry.

Talk about the 2014 decision to diversify with a fast casual. Why did you want to get in that space?

We made the decision to diversify into the fast-casual arena as a part of an overall plan to sell off some of our fast food portfolio which would allow us to secure our parents’ retirement, pay off all debt accumulated over the years, and balance our quick-service restaurant investment in the future through both a fast food and a fast casual brand. We felt strongly that the millennial generation and those following were moving toward that type of dining experience and we needed to be in it. The evidence of year after year sales and unit growth in that sector was very encouraging.

How did you land on Qdoba?

A good friend of my business partner, Grant Wharton, was the first to cue us to the brand. He had seen it and was impressed. We were in the process of vetting a number of fast casual brands including coffee, pasta, and pizza. We were approved by other brands but some just didn’t feel “right” at the end of discussions. Qdoba matched well on all of our territory demographics. We also felt that the new image that was being considered was excellent. The food, of course, was high quality and something we could be proud of.  We also liked the leadership within the brand and felt that there was a true partnership.  One other positive was that we would likely be the first of our brand type in many of our target locations. 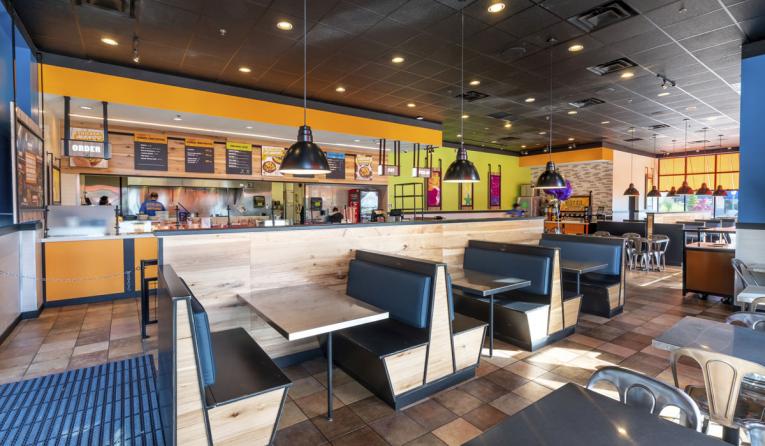 Qdoba is fighting for share in one of the industry's most challenging segments.

What have been some of the big differences between running a fast casual versus a major quick-serve player like Burger King?

There certainly are a number of differences, many of which may be particular, however, to the brands themselves rather than their designation of “fast food” or “fast casual."  One of course, is overall size: a brand with over 7,000 U.S. restaurants as compared to one with 700 will have much more opportunity from a marketing perspective. A larger brand also offers greater insight into analytics and drilling down to what really makes a successful restaurant tick. Success becomes more of a science than an art with a larger brand. On the other hand, the smaller fast casual brand offers more individualized attention, a greater sense of collaboration, as well as the “cool” factor which attracts more employees and community attention. Fast-casual brands also tend to be very focused on their category (Mexican food for example) which allow for less complexity and need for adaption by the team when a new product or process is introduced.

A particular difference between Burger King and Qdoba, however, is that Qdoba still has nearly half of its restaurants corporately owned and managed. Burger King is basically entirely franchised. This results in very different levels of understanding and communication between the franchisees and the corporation.

In regards to the fast casual Mexican category in general, where do you think the winners will separate from the crowded pack?

By definition, fast casual restaurants need to be a “comfortable” place.  Environment and experience will eventually differentiate between them if everyone already is prepared with the table stakes of quality food offerings. Qdoba is primed for growth and has all of the foundations in place along the lines of what guests expect in the category: quality, safety, comfort, “coolness,” and community. Additionally, the leadership team at Qdoba is a competitive advantage we feel really puts us in a position to win with their commitment to profitable growth.

What kind of changes is Qdoba making to stay ahead of those trends?

As mentioned before, the new image is awesome and will carry the brand for a number of years. Qdoba is also beginning to spend more energy on analytics and communicating those to the franchisees. A continued focus on food costs and profitability will also lend itself to success. Finally, continuing to invest in technology is absolutely imperative and Qdoba understands that now that they have separated from Jack in the Box ownership.

Talk about the real estate angle and owning the land. How big of an advantage does that provide?

In today’s business world, land ownership is only becoming more important (and more costly) relative to success long term. We own the land under all but two of our locations. Due to our experience with difficult landlords and the benefits of long term asset appreciation, we always try to buy a property before we build. We happen to be in a part of the country where it is still possible to buy an acre of land in a strong commercial zone, build and manage a typical fast food or fast casual restaurant, and still be profitable. This also becomes an advantage when negotiating with franchisors. By owning property, the franchisee has a great deal more leverage relative to their future options and opportunities. We have a strategy of looking for new developments where we can be the “first in.” We then purchase multiple lots, knowing that once we arrive, others will follow. We have been successful with this approach and often covered the entire cost of our lot via the appreciation of the other lots’ values. 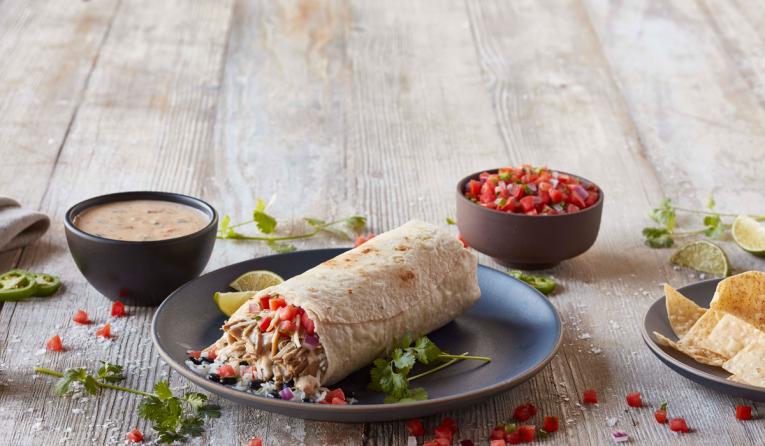 It's always important to plan for future growth.

What advice would you give to a prospective franchisee starting out?

Plan for multiple locations. Despite the best planning and preparation, you never know for sure whether a location will have the ”magic” of suffer from unforeseen challenges or currently non-existent competitors. Also, recognize that the costs and time required will always be greater than you plan. Finally, remember the adage “If it was easy, everyone would be doing it.”

If you had to pick, what’s the biggest challenge the restaurant industry faces today?

Regulation by third parties not invested in the success of the business. Our industry is often presented with costly roadblocks to successfully creating more and higher paying jobs and future business owners. Combining those barriers with the low unemployment and it places an even stronger focus on the need to deliver an elevated guest experience and staying focused on the fundamentals.

What are some solutions you’ve found success with?

The key is to becomes involved in politics in your community, state, and at a national level. I currently serve as the vice chair for the government relations council for the National Franchise Association (a Burger King franchisee association). We regularly meet in D.C. to defend our industry and manage a PAC that provides support to pro-business politicians. We have been successful in stopping, rolling back, and/or attenuating the impact of the most onerous initiatives that come from anti-business politicians. It is a “long game” however and it is necessary to make your voice heard continually.