Franchise groups consider fast casuals and other emerging brands as they look to diversify their portfolios.
Franchising | July 2019 | Kevin Hardy

Many operators are turning to diversification in their franchise portfolios.

At least once a week, Chris Phillips hears from one of three main brokers who mediate quick-service restaurant sales from franchisees looking to retire or to exit the business. The chief strategy officer at GPS Hospitality—operator of Burger King, Popeyes Louisiana Kitchen, and Pizza Hut restaurants—says the company buys less than 5 percent of what the team looks at.

After all, the franchise group has standards. And those really boil down to one principle: GPS wants to play in five major quick-service categories, namely burger, pizza, Mexican, sandwich, and chicken.

“We’re not really a trend follower. We’re not going to get into little niche categories,” Phillips says. “We want to be in one of the big three brands for each [category].”

But while multi-concept operators have long looked to diversify their operations across burger, pizza, and taco brands, a wave of buzzy fast-casual franchises has started to blur the lines of the traditional portfolio, along with other emerging and trendy concepts that have catapulted to success through the franchise model. Newer entries to the franchise space have meant more diversification among franchise groups looking to bet on future winners.

In recent years, Grant Benson, SVP of franchising and development for Dunkin’ Brands Group, has noticed more interest in brand diversification from operators—particularly experienced operators of other brands looking to own Dunkin’ or Baskin-Robbins stores for the first time.

“I would say over the last 10 years or so, we’ve tended to see a bit more of that,” he says. “Those that have started looking at Dunkin’ are doing that as a result of the exciting things going on in our business—the transformation that’s underway, the fact that we still have growth potential in the U.S. Many others don’t.”

Plenty of Dunkin’ operators still stick to just one or two stores—Dunkin’s 1,100 franchisees own an average of about nine units—but Benson says franchisee groups in general have grown larger, consolidating their holdings across larger geographic areas. Like all quick-serve concepts, the entirely franchised Dunkin’ is protective of its brand and excludes franchisees who operate competitive concepts.

“But you can’t be so myopic, particularly with some of the products we sell. Someone may be a franchisee of a casual dining or [quick-serve] concept that may offer coffee on the menu, but it’s not a significant portion of their menu,” Benson says. “That wouldn’t necessarily be a concern to us. On the other hand, if that was a significant portion of their business and we generally viewed them as a head-to-head competitor, we wouldn’t get near that.”

When weighing potential multi-concept operators, Benson says, he primarily looks for a proven track record. Just as important, he wants to see evidence of the appropriate scale and infrastructure needed to run multiple Dunkin’ or Baskin-Robbins stores successfully. 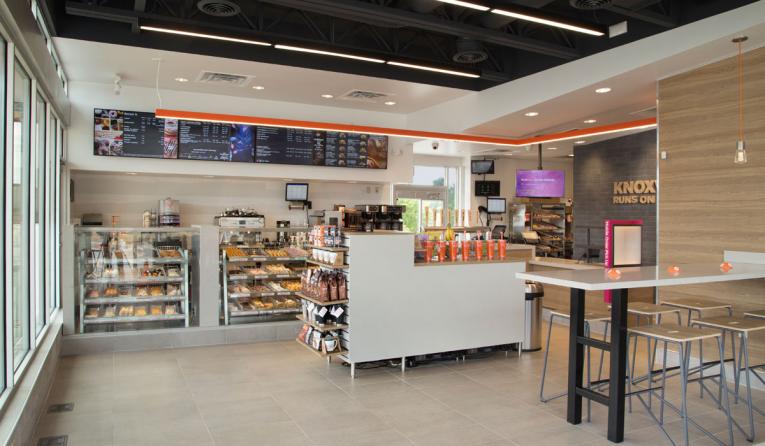 Dunkin’s 1,100 franchisees own an average of about nine units.

“If someone comes to us and we’re dealing with something that’s clearly noncompetitive, these groups can be very strong to work with,” he says. “Because they bring certain things to the table that other new franchisees cannot.”

It’s not just restaurant franchisees who increasingly look to diversify, says Ryan Zink, CEO of franchise sales firm Franchise FastLane. In retail, owners increasingly prefer to hold a mix of concepts that can range from massage chains to tree removal services (though few are brave enough to operate restaurants with other retail or service concepts, he adds).

Franchise FastLane most frequently pairs franchised concepts with former executives or other successful individuals looking to invest in their own businesses for the first time. Most spend between $150,000 and $600,000 per unit.

When weighing brand partners, Zink looks for the most “defensible” concepts that are positioned to last. His company has examined plenty of restaurant concepts, particularly emerging doughnut concepts, ice cream brands, and health-minded restaurants. But none have made it through his vetting process yet.

“Many of these concepts are two-dozen units or smaller. So you really need to look at the track record of the units they have open, the leadership, and, of course, some of the unit-level economics,” Zink says. “I think the salad space could be one that is going to be long-lasting, and it is defensible. It’s just whether or not someone wants to take on the challenge and be a pioneer.”

Jeff Kolton, a partner at private-equity firm Corlex Capital, says the most successful restaurant franchisees often become organically concentrated in a single brand at the start. That’s because they perfect the operation of their concept, which naturally puts them at the top of the list when another franchisee wants to sell or the franchisor looks to expand.

Still, most operators elect to diversify over time.

“We haven’t yet invested in an operator who was only in one system,” says Kolton, whose firm invests in franchised restaurant, retail, and service sectors. “Most of the top operators we talk to are in more than one system.”

As for the new and emerging chains looking to bring these franchisees into the fold, Kolton says they face one very big hurdle: Few can tout the sheer economic heft of the big quick-serve brands. “To get from 100 to 500 stores, the infrastructure has to be there, the flexibility and strategy have to be there. I’m not seeing the long-term strategy; I’m seeing short-term strategy.”

Indeed, big operators like GPS—which owns a total of 475 stores—have so far stayed away from fast casuals because of the scale issue. “To get to 250 or 300 units is much more difficult with fast casual,” Phillips says. 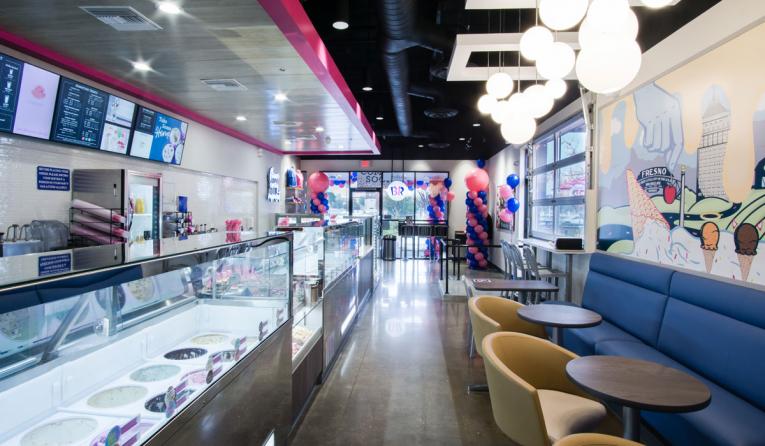 When weighing a potential purchase of a new concept, GPS looks for a package of at least 35–40 units—enough scale to place a director of operations and district leaders in the market. Since its founder first purchased 42 Atlanta-area Burger King stores in 2012, GPS has solely operated blue-chip quick-serve concepts. While the firm hopes to further diversify, Phillips says he’s only interested in stores where he thinks GPS can build long-term value.

“Because our strategy is in mature, national brands, it kind of forces us to look at the big guys in the category,” he says.

There are other differences to consider with the new field of upscale limited-service franchises. The initial investment, store size, and labor models can all vary widely between fast-casual and quick-serve brands, Kolton says. But fast casuals have been successful in winning customers from new demographic groups and responding to changing consumer behaviors.

“If you’re looking to get out of a [quick serve]–heavy portfolio in blue-chip brands, the larger operators are starting to look at fast casual. And they’re starting to look at what cuisines fit those changing demographics,” he says. “It’s a wild world right now. The multiunit franchisees are getting unbelievable opportunities to expand. People are betting on the jockey and they’re looking for the right horse.”

While there’s plenty of movement, most purchase activity in the space has been limited to the most successful brands, says J. Patrick Galleher, managing partner at merchant bank Boxwood Partners. He says opportunities abound to expand thriving brands like Taco Bell. Casual dining, on the other hand, is struggling against the success of emerging fast casuals and blue-chip quick serves.

“I think you kind of have the haves and have nots out there,” says Galleher, the former CEO of sweetFrog Premium Frozen Yogurt. “You have some chains that are doing fantastic and no [franchisee] wants to sell them. And you have others where people can’t sell them fast enough.”

Those dynamics have led some casual-dining operators to diversify their portfolios with quick-service concepts for the first time, says David Barr, chair of the International Franchise Association and chairman of PMTD Restaurants, which operates 29 Taco Bell and Kentucky Fried Chicken stores.

He says franchisee groups have grown much larger in the last 30 years largely because of an influx of investment in the restaurant space.

“Capital is readily available in the franchisee space both from lending and equity. Therefore, good operators attract capital,” Barr says. “And they can outgrow a single system. Ultimately, franchisees are continuing to see growth and, given their size, are looking for other concepts.”

Barr says franchisors seem to have relaxed their standards around franchisee portfolios. They increasingly see the value of large, multiunit franchisees and are willing to share the expertise of those operators—so long as they’re not operating under the banners of direct competitors. He has personal experience with the issue; his interest in diversifying led him to personally invest in the Capriotti’s Sandwich Shop concept. And PMTD now operates one of the sandwich chain’s stores.

Barr says he was drawn to that concept not just for its firm footing in the fast-casual space, but also because sandwich chains are positioned to capitalize on the explosion of third-party delivery services. Barr says Yum! Brands, the franchisor of the majority of his stores, is fine with operators growing externally. 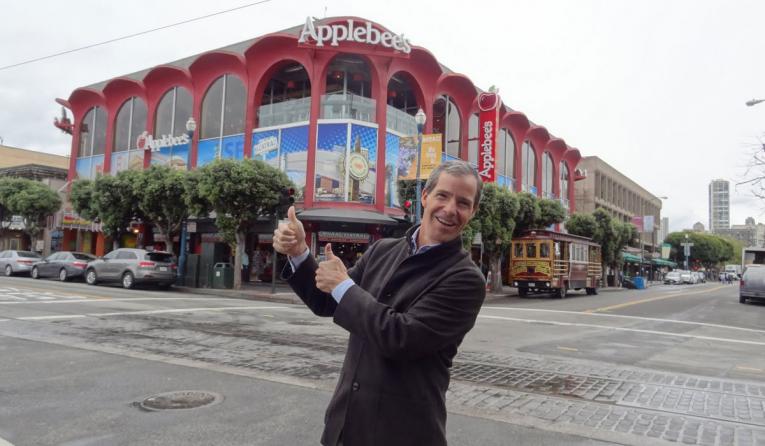 “Certainly, they would like us just to develop their concepts, but they recognize we’re going to be seeking growth,” he says. “The fact is there’s only so many KFCs and Taco Bells I can grow, other than just buying units. With Capriotti’s, there’s much more of a green field.”

For 12 years, Flynn Restaurant Group leaders focused exclusively on perfecting their operation of Applebee’s stores. That was based on founder Greg Flynn’s belief that “focus makes you better.”

“Our objective was to become sort of the premier operator in the Applebee’s system,” he says. “And I think over the course of time, we made great strides with that goal, if not achieved it.”

In 2011, the brand began exploring diversification by looking for best-in-class concepts boosted by big marketing budgets and national footprints. Flynn first partnered with Taco Bell in 2012 because of its coast-to-coast dominance and unique position in the market. When it came to exploring fast-casual options, Flynn naturally landed on Panera, one of the few national franchise brands in the space.

“We could have signed up for smaller, less-established brands. But our belief is to focus on large, national brands,” he says. “There are a lot of great potential opportunities out there with regional brands. And some have just sort of started to be in a position to be national. But we’re pretty conservative. And I really like operating in a system that is as proven as it can be, so we have a strong bias toward more mature brands.”

In 2018, the company purchased 368 Arby’s stores, drawn to the unique offering found at the roast beef chain.

“It is truly different,” Flynn said. “I just loved the fact that there was no one else in the industry that does what Arby’s does. There are so many people doing burgers, pizza, and chicken — it’s really hard to be differentiated in those areas.”

Flynn Restaurant Group’s portfolio now spans more than 1,200 restaurants across the quick-service, fast-casual, and casual-dining categories. And while executives didn’t know exactly what to expect when venturing beyond their casual-dining comfort zone, Flynn says moving down the service spectrum wasn’t all that complicated. In all its restaurants, the company leans on its decentralized management model that empowers operators to run each brand while also capitalizing on economies of scale.

Still, such diversification can come at a cost. Flynn still firmly believes that focus is a foundation to success. That’s why each brand is operated by its own dedicated team of specialized managers and operators.

“Our initial assumption was correct, that focus makes you better,” Flynn says. “And what we need to guard against is becoming distracted in our focus.”