“Mickey Mouse does wonders,” Burger 21 vice president of franchise development Dan Stone says. “Orlando may not be Times Square in Manhattan, but it’s the equivalent of that in the Southeast.”

Orlando is surely the town that Disney built, but “The City Beautiful” has become so much more. In the swelling, sunny metropolis with compelling economics, attractions, and households, there are plenty of mouths to feed.

Orlando tops QSR’s 2011 Growth 40 list, an annual rundown of the nation’s top metro areas poised for quick-service growth. It’s followed by Seattle; Portland, Oregon; Riverside, California; Austin, Texas; and Las Vegas, and is the only metro among the top six sitting east of the Mississippi. It’s as much a sign of the West’s continued expansion potential as the compelling features that boost Orlando over hearty competition.

This is the second year QSR has named the hottest markets for restaurant growth, and we took what we learned last year to refine our search, partner with one of the top business insights groups, and take a look at several new factors when deciding the best metros to report.

This year QSR began by analyzing only population numbers of the nation’s 51 metropolitan areas with more than 1 million residents, according to the U.S. Census data, rather than dividing the cities into small, medium, and large, as we did in 2010.

Growth 40 partner American Express Business Insights then identified three key statistical growth areas—spending, average transaction size, and number of transactions—to offer further depth to the report. Next QSR assigned cumulative scores to all 51 cities based on the factors listed above and broke ties in the scores with raw population data. The larger metro ranked higher, and the cities that didn’t make the top 40 were cut.

For instance, if a given market reports declining transaction size, but growth in the number of transactions, it suggests that a concept targeting high traffic might resonate better than a concept relying on higher tickets. Such introspection provides the data’s “biggest takeaway” value, Niessen says.

“Successful operators will understand the specific metrics they should be looking at most closely with respect to their concept type,” Niessen says.

While the numbers from American Express Business Insights specifically spotlight an area’s economic vitality and represent one lens through which to view a market’s growth potential, Niessen cautions that the data is by no means an end-all, be-all.

“The metrics we provide are but a few of several that an operator should consider,” he says.

Other critical data, such as market density, the demographic mix, the socioeconomic climate, the real estate environment, distribution ease, the capabilities of franchise partners, and the competitive landscape, are also important in development decisions.

“You’re looking at what’s nearby, if the area makes sense for your business model, the strength of an existing franchise base, and their motivation to grow. And the list goes on and on,” Auntie Anne’s director of leasing Andy Kmiec says.

“Let’s face it,” says Bruce Evans, vice president of franchise development for CiCi’s Pizza, “we’re all focusing on areas of growth, because that’s what we want in our own businesses as well.”

With that spirit in tow, here’s a closer look at the Growth 40’s top five cities.

Orlando claimed first honors in this year’s Growth 40 thanks to top-six rankings in population growth, spending, and average transaction size.

With the addition of nearly 500,000 residents in the last 10 years, Orlando’s metro population now tops 2.1 million. Some estimates, meanwhile, have the Orlando metro area, which includes Kissimmee and Sanford, growing another 10 percent within the next five years.

In addition to its residential base, Orlando has the added benefit of being a destination market with heavy out-of-home dining needs. Between Disney World, Universal Studios, Sea World, and a thriving convention business, Orlando attracts more than 50 million visitors each year. Toss in one of the nation’s largest universities, the 56,000-student University of Central Florida, and it’s easy to see Orlando’s robust potential.

Carol Dover, president and CEO of the Florida Restaurant and Lodging Association, calls Orlando “electric” and cites the area’s family friendly attractions as a driver for quick-service growth.

“With Orlando’s attractions, it brings large numbers of families who are not exactly prime candidates for white tablecloth restaurants. That opens the doors for quick serves to perform well,” Dover says, adding that most quick serves can often beat the attractions’ dining options on price.

Furthermore, Burger 21’s Stone says Orlando’s tourist base makes it a great test market for emerging concepts, as it embraces a cross section of the American population.

“Many of our Melting Pot guests across the country are familiar with the restaurant because of its Orlando presence, and we suspect a similar phenomenon will take place as we open Burger 21 stores in Orlando,” Stone says.

Although Popeyes Louisiana Kitchen has not added to its 21 Orlando restaurants since 1995, that will soon change. Popeyes vice president of development Greg Vojnovic says the Atlanta-based brand has plans to build an additional 18 units in the coming years.

“Orlando is a profitable and busy market for us already, but it’s also one of the most rapidly growing markets in the United States and has fundamental strengths for the long term,” Vojnovic says. 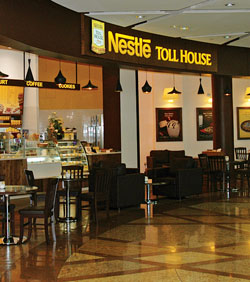 There’s plenty to rave about in the Emerald City, where a 13 percent rise in population over the last decade has pushed the area’s overall population near 3.5 million.

Niessen points to the area’s significant rise in Gen X and Gen Y consumers as a particularly positive note and a characteristic favoring quick-service development. Nearly 55 percent of the Seattle area’s residents are younger than 40.

Younger generations are growing in economic importance largely because they have time and earnings potential on their side. These are realities that bode well for quick serves entrenched in youthful areas, where an open-mindedness to try new foods and products prevails.

“With more optimism about the future and therefore more interest in continuing spending versus economizing, [Gen Y is] expressing itself in several ways, one of which is more rapid spending in quick serves,” Niessen says.

The Seattle metro area also benefits from an educated and available workforce and a stable economy bolstered by large-scale employers such as Microsoft, Boeing, and the University of Washington.

Wingstop recently signed an 11-store agreement with its Los Angeles franchisee to bring the emerging wings brand to Seattle. Vernon says Wingstop, with more than 500 stores across 30 states, has long had eyes for Seattle given its expansion, economy, and lack of direct competition.

“The things occurring inside the city, such as construction projects, fast-transit expansion, and leadership activities, are creating more opportunities outside of the city,” Anton says.

Portland ranked top in average transaction size with 7 percent growth and claimed the second spot in spending growth. Population in the Portland metro area, which also includes Vancouver, Washington, has grown 15 percent in the last decade. Total population is now more than 2.2 million.

John Hamilton of the Oregon Restaurant & Lodging Association calls Portland “a culinary destination.” The Rose City is home to more than 5,000 restaurants, many of them mom and pop operations supported by a vibrant foodie crowd.

“Restaurateurs looking to grow their brand in Portland will find a culture that embraces food and a workforce ready to show that hospitality means business in Oregon,” Hamilton says.

“We’ll have an aggressive plan for growth at the start of 2012,” Milburn says of his brand’s Portland-area development objectives. 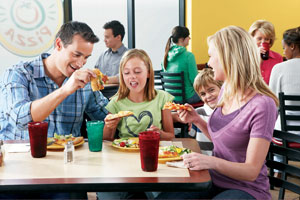 “We thought Riverside was our little secret,” CiCi’s Evans says.

CiCi’s opened its first outlet in the Riverside market in early 2011 and has added two more since. With the area’s rebounding economy and wealth of young families, CiCi’s wants to add another five to seven restaurants within the next five years.

“People know L.A. and Orange County, and those are key markets for a lot of folks, but Riverside’s a sweet spot for CiCi’s … and a metro area we pegged off the bat,” Evans says.

Located immediately east of L.A., metro Riverside added nearly 1 million residents in the last decade, an influx that pushed its population to more than 4.2 million. 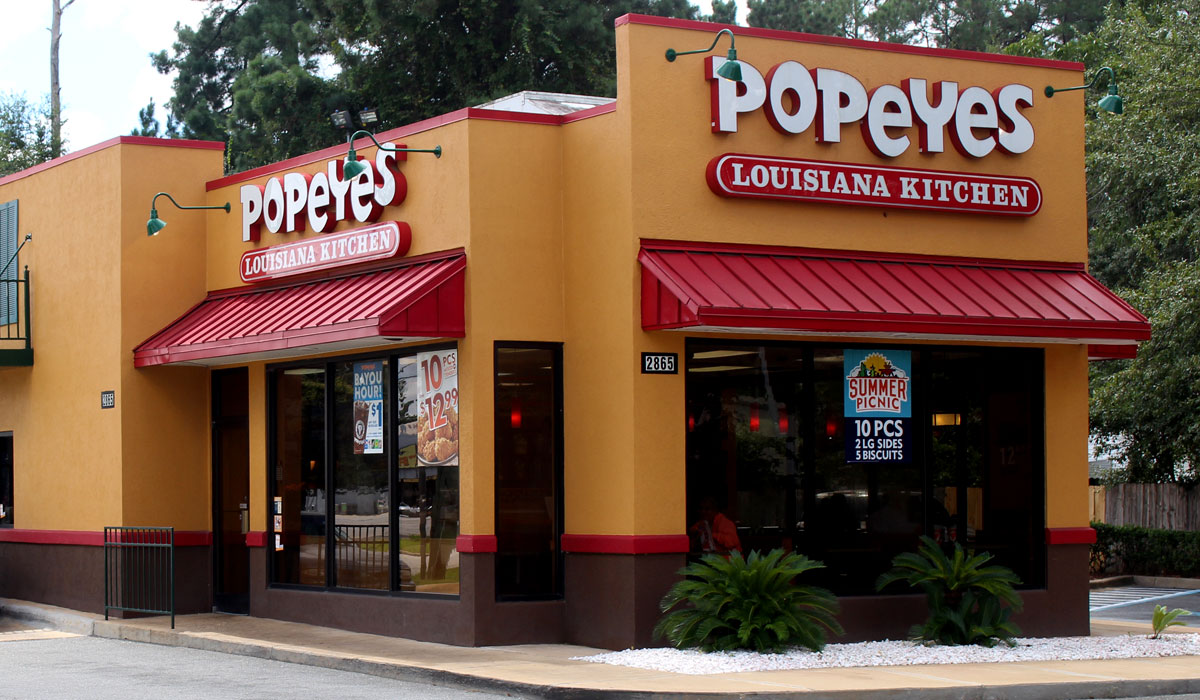 The area features a thriving arts scene, as well as the University of California at Riverside, a 20,000-student college that ensures Riverside’s youthful vibe and strong ties to Gen Y.

Recognizing Riverside’s potential, Popeyes has heightened its development attention to the area. The company plans to bring another 24 restaurants to the market on top of the nine already in place.

“We feel there’s unmet demand [in the Riverside area], and that it can support revenues above our hurdle,” Vojnovic says. “We see it as one of our biggest opportunities.”

Austin, much like top five counterparts Seattle and Portland, is often called the “next frontier.”

In population growth over the last decade, Austin trails only Las Vegas and Raleigh, North Carolina. The Austin area added more than 466,000 residents from 2000 to 2010, a 37 percent increase, to propel its overall population tally to 1.7 million. Employment, meanwhile, jumped nearly 14 percent.

Austin also claims the fourth-best average transaction size according to American Express Business Insights’ data. Its healthy consumer economy is driven by a number of factors, including a strong Gen Y presence and corporate growth. Home to the 51,000-student University of Texas, Austin has a lively landscape that includes a robust entrepreneurial and start-up culture bolstered by an increasing corporate base.

With a history of proactive development rather than awaiting calls from prospective franchisees, Popeyes has turned its eye to Austin. The chicken concept features a dozen restaurants in Austin. Within two years, an additional four units will be in place.

“Austin’s a dynamic, rapidly growing market, and it characterizes the growth going on throughout Texas,” Vojnovic says.